Emerson South students who have struggled in school get a second chance to earn a diploma. 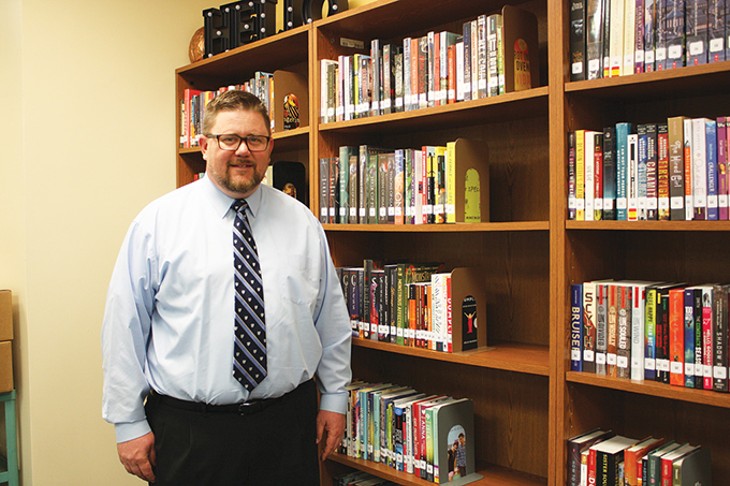 This month, Emerson South principal Brad Buxton received a few phone calls from parents asking that he perform graduation checks on their students; however, Buxton doesn’t mind. In fact, he looks forward to delivering the news that their sons or daughters will walk across the stage to receive a high school diploma.

“That’s why you take this job: graduation,” Buxton said during Oklahoma Gazette’s visit to the school located in a shopping center near the corner of S. Pennsylvania Avenue and Interstate 240.

Emerson South is one of Oklahoma City Public Schools’ two alternative education schools. In Oklahoma City, as well as elsewhere, alternative schools and programs exist to help at-risk students meet academic standards and requirements. Students can earn credit at their individual paces and on their timelines through flexible academic days. By design, students become graduates, even after years of neglecting their studies with few credits on their transcripts.

“They just need an alternative option,” said Beth Harrison, the district’s chief communications officer. “They want to graduate, but they need to work, care for a family member or they have their own child. We need another tool in the toolbox to meet the needs of those kids.”

For alternative education students and their families, graduation is extra special. Some never thought they would reach such a milestone, said Buxton, who served as principal at Oklahoma’s Office of Juvenile Affairs Oklahoma Youth Academy Charter School in Tecumseh before taking the Emerson South post last summer.

It’s likely there won’t be a dry eye in the crowd when 100 Emerson South seniors participate in the school’s graduation ceremony May 24.

“They were the students who people thought, for whatever reason, wouldn’t graduate,” Buxton said. “We took them and put them in the right direction. We have challenges. We have kids who don’t want to come to school. We have kids with all sorts of personal issues at home. … I am very excited and ready to see them walk across that stage.”

Last August, Buxton, along with fellow administrators, teachers and staff, opened the doors of Emerson South for the first day of its inaugural year. In the former Wright Career College space, the school serves middle and high school students and mirrors the district’s first alternative education school, Emerson High School, which is now referred to as Emerson North and is one of the longest-standing alternative programs in Oklahoma.

Emerson North, which is located at the corner of NW Sixth Street and N. Walker Avenue in downtown OKC, has operated at full capacity in recent years. With pages of student names on a waiting list, district leaders sought to open a second school and locate it in south OKC, where the district is experiencing the fastest growth rates.

“We were really proud to open Emerson South,” Harrison said. “There was such a need with the long waiting list. We knew the need was there, even to add the middle school. We really fast-tracked getting Emerson South opened because we wanted to make sure we didn’t lose those kids along the way.”

Nearly 200 students were enrolled when the school year began, with about 50 students who lived in south OKC transferring from Emerson North to the new southside school. With a one-to-one technology model, each student received a Google Chromebook. With the guidance of their counselors, they enrolled in traditional academic subjects, but also arts, Spanish language, family and consumer sciences and technology courses.

With the flexible school schedule, all students receive a class schedule that accommodates their needs. Some students only take classes in the morning, while others are strictly on campus during the afternoon. This allows students to care for their children or ill family members or work part-time and full-time jobs.

“Our biggest asset is our flexible schedule,” Buxton said. “Say a kid comes to us who is low on credits. Say they are 17 and they want to graduate in the next year. They can take all eight classes. After a year, more than likely, they can graduate.”

As this past academic year went on, Emerson South leaders received referrals from other OKC schools and former dropouts who wanted to complete their high school degrees. Now, the school is serving 500 students through its morning and afternoon sessions. The average class size is 10-12 students. 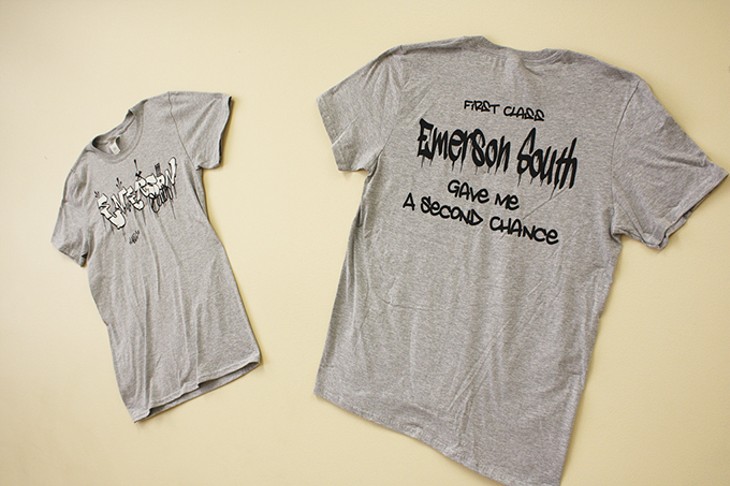 It is common for Buxton to visit with a student in his office. The reasons have little to do with disciplinary action. Instead, Buxton listens as students take a deep breath and explain what’s bothering them.

“Half of my job is sitting and listening to kids,” Buxton said.

He cited an early May conversation as an example of the life decisions his students face. The student shared they recently began spending more time with a friend and smoking more marijuana. The effect was taking a toll on their life. Buxton responded with making one phone call to a local counseling agency and scheduling the student an appointment.

“That’s what I am most proud of,” said Buxton, who viewed it as an honor to have a student be so truthful in asking for help. “I want to give our kids as many resources as I can. So, if they come in with a problem, I know the person to call.”

Buxton believes that students’ mental health can impact their ability to be successful in school. This year, Emerson South piloted a weekly group counseling session for the middle school students. Next academic year, the program expands to reach high school students.

Emerson South students, Buxton said, are just like many local teens dealing with anger, relationships, conflict or even drug and alcohol abuse and addiction.

“That right there sums up our school,” Buxton said as he admired the T-shirt. “We love our kids. I feel like myself and the other administrators and teachers, we are their parents at the school. We want to sit down and help them through the life decisions they are making.”