Apothecary Thirty-Nine brings 39th Street’s past into the present 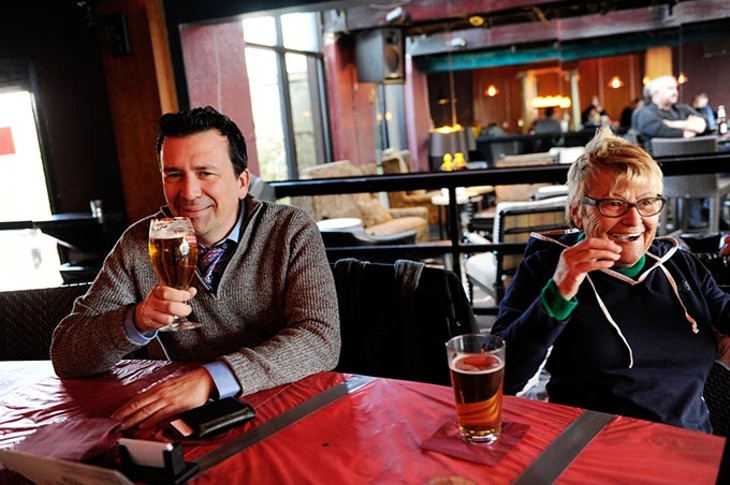 If sunlight is said to be the best of disinfectants, then it is fitting to see a small crowd in the newly dubbed Apothecary Thirty-Nine, 2125 NW 39th St., enjoying a bright afternoon and a few adult beverages.

“I was here the night this place opened as The Park,” said Jim Benson while sipping on a bottle of beer. “None of the windows were open then. There were no windows anywhere on the strip.”

But it’s a very different world for the NW 39th Street Enclave in 2015 than it was in the ’80s, said owner Craig Poos. Where LGBT patrons once felt unsafe in other districts, Oklahoma City has become increasingly integrated.

“Gay people can go to Midtown and the Plaza and feel comfortable,” Poos said. “The gay strip has always been welcoming to everybody, so this is just a different concept.”

That concept transformed dark and sometimes sketchy The Park into Apothecary Thirty-Nine, a bar with the look and feel of a classic lounge.

Poos and co-owner George Siemens have a vision of their renovated venue as a throwback to the 1920s, when the building they occupy was built.

“We want people to think of Route 66 running through here, with kind of a Prohibition speakeasy feel,” he said. 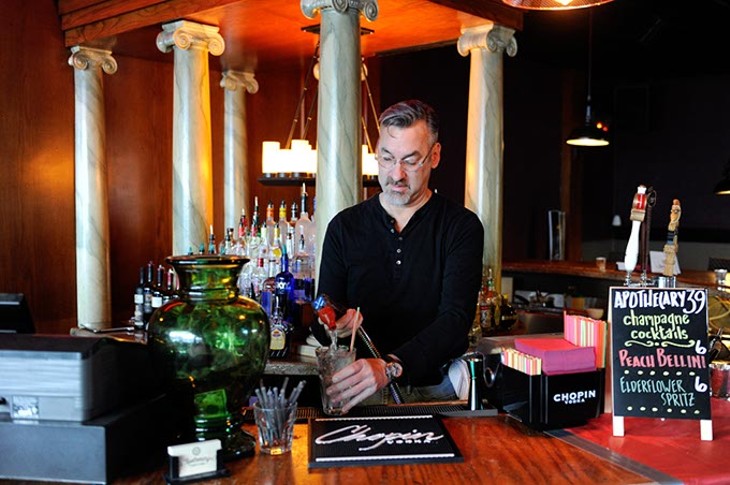 The pair already have success with their bar Phoenix Rising across the street, so when the owner of The Park told them he was ready to retire, he wanted the space to go to someone who understood the legacy, Poos said.

That legacy includes making a place for patrons who are less interested in dancing and hooking up than they are talking and relaxing with friends.

“The Internet changed everything,” said Burl Beasley, who sat with his mother Helga Beasley at the bar. “Now that people can get online to meet, places like The Park aren’t as necessary.”

Instead, there are business owners like Poos and Siemens, who are dedicated to reinvesting in the community and rebuilding the strip.

Apothecary Thirty-Nine customer Jim Busenbark agreed that over the years, The Park deteriorated. It went from a fun video dance bar to a haven for drugs and hustlers, he said, and the new ownership turned it around 180 degrees.

“I love the music and the atmosphere,” he said.

With jazz standards playing softly as patrons lounge and chat on comfortable chairs and couches, the space imbues laid-back sophistication.

Some of it was simple maintenance, said Poos. It’s a wonder what a little paint and investment can do for a business. The owners continued operating as The Park when they first took it over in December but changed the name on Jan. 1.

“We’re not messing around with the architecture, but we are making repairs, changing out the bar top and trying to give the place a richer, more luxurious feel,” Poos said.

And, to the delight of many customers, the space is now smoke- and vape-free inside.

More customers like Danny Smith who had been going to Phoenix Rising but also prefer a smoke-free establishment have slowly been checking out the new business as word-of-mouth spreads.

And with open windows and the sun shining in, it might not be long until more visitors stop by to see what else is changing on 39th Street.

Owners Craig Poos and George Siemens chose the name Apothecary Thirty-Nine to honor the space’s original use in 1928 as a family drugstore. 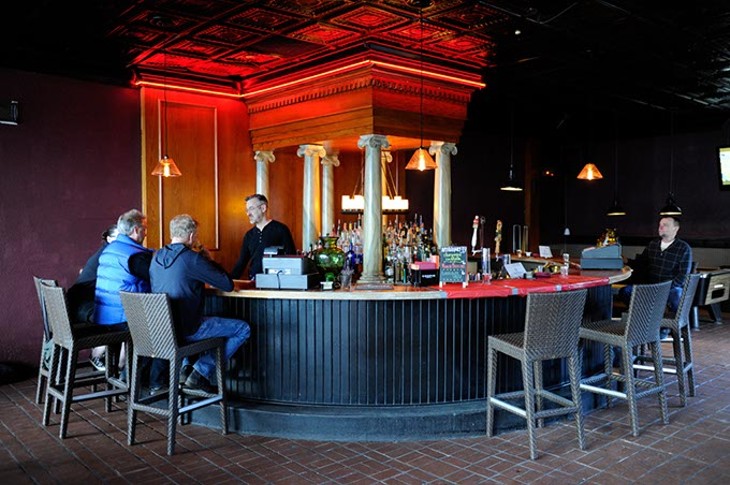