Argus Hamilton to perform at Will Rogers Theatre 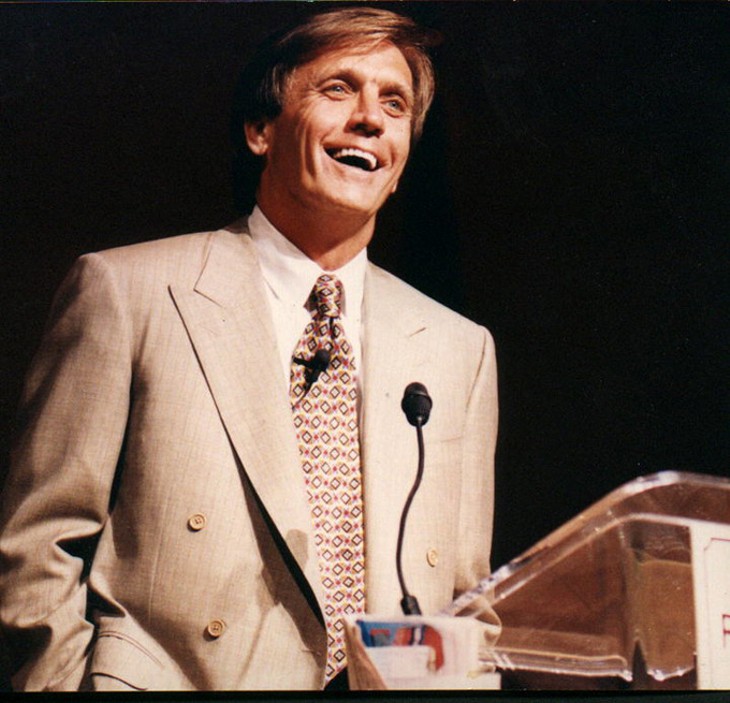 It was life in the fast lane for comedian Argus Hamilton.

He grew up in Oklahoma City, the son of a Methodist minister. He went to college at the University of Oklahoma, where he and aspiring journalist Linda Cavanaugh wrote their first daily columns for the campus newspaper.

Life was good, but the bright lights of Hollywood beckoned.

Soon, he was schmoozing on the Sunset Strip with other young comedians like Robin Williams, who called Hamilton the “Will Rogers of the Baby Boom.”

Hamilton returns to his roots for one show 7 p.m. Friday at Will Rogers Theater, 4322 N. Western Ave.

“I can’t wait to come home and perform for a real Oklahoma crowd,” Hamilton said in a recent phone interview from his Beverly Hills home.

His mother still lives here, and he returns as often as he is able.

“It was at a Christmas pageant in 1958 when it happened,” Hamilton said. “I was supposed to come out and sing ‘Away in a Manger,’ a cappella. Instead, I sang Perry Como’s ‘Hot Diggity.’”

The rush of approval he felt from the audience hooked him.

“From then on, I found myself most comfortable and most loved on the stage, making people laugh,” he said.

His college fraternity brothers also encouraged him to nurture his natural instinct for comedy. While watching The Tonight Show one night, he learned about The Comedy Store, a new stand-up venue in Los Angeles.

“At that moment, I knew that was where I needed to be,” he said. “Before, I always thought I would have to move to New York City and freeze in the winter. Now I knew I could head west.”

By 1976, Hamilton had taken his first steps on The Comedy Store stage and soon became a regular. Not long after that, he appeared on Johnny Carson’s The Tonight Show.

“It was a golden time, the late ’70s in Los Angeles,” Hamilton said. “The Baby Boomers were young and making money and coming out to the comedy shows. If I had a time capsule, I would go back to 1978 and stay there.”

But the 1980s hard-partying lifestyle caught up with him, he said, and things started spinning out of control. He checked himself into the Betty Ford Center in 1986 and got sober.

“They took cocaine users and alcoholics and turned us into sex addicts and overeaters,” Hamilton said and then laughed. “And while I was raising hell, Jay Leno moved past me into a hosting job on The Tonight Show.”

His Oklahoma upbringing and connections brought him full circle.

Hamilton said former Oklahoman editor Ed Kelley talked him into writing a daily column, much like he did in college. It first appeared in 1991 and became syndicated. Today, it still runs in papers nationwide.

Hamilton says many friends from his wilder days wouldn’t recognize him by the life he lives now. He is still active in his addiction recovery and goes to church. He runs eight miles each morning before he turns on the TV to catch up on the day’s news before writing his jokes.

“By evening, I send them to my publicist, who gets them out to all the newspapers that carry me,” he said. “Then I jump in the shower and head over to The Comedy Store, where I still do a 20-minute set every night. Right now, the millennials are coming out to my shows just like baby boomers did in the ’70s and ’80s. I just love those kids.”