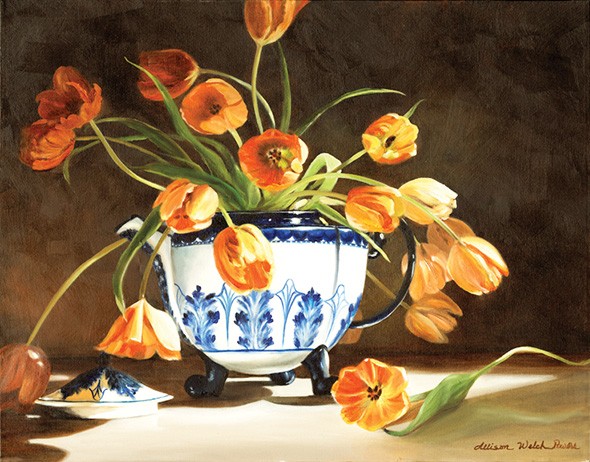 With its 14th showcase, Oklahoma Artists Invitational (OAI) is becoming one of Oklahoma City’s best bets for finding eclectic juried artwork with sales that go to a good cause.

The three-day event May 3-5 is held in the north end of Shoppes at Northpark near Shogun Steak House of Japan, 12100 N. May Ave.

A group of 27 artists whose talents range from landscape and nature oil paintings to sculpture and jewelry will be on display with an opening reception 4-8 p.m. Admission is free.

All of the proceeds from raffles that include items from Dustan Buckley Jewelry, BC Clark Jewelers, Framed in the Village and other merchants benefit Mercy Health Foundation’s stroke and Parkinson’s programs. Ten percent of art sales also go to Mercy Stroke and Neurovascular Center. OAI has donated over $26,000 to the center since 2010.

Participation in the OAI event, which is headlined by longtime Oklahoma City favorite artist Bert Seabourn and former NBA player turned contemporary artist Desmond Mason, is coveted. A jury selects participating artists, and only those based in Oklahoma are allowed.

When I’m painting, the time just flies.Henrie Close tweet this

This year’s group includes many professional and semi-professional artists, including Henrie Close, a former teacher who did not begin painting until retirement about seven years ago.

“I had paints and canvas and decided I needed to do something with them or give them away,” Close said. “I did take lessons, and it’s easier in the studio because the light and atmosphere makes it easier to focus on painting.”

Close paints mostly landscape and nature scenes, drawing inspiration from her own life. She said that the exhibit includes a few other artists who have come to the medium in retirement.

“When I’m painting, the time just flies,” Close said. “You’ll look at your watch and think, ‘Oh wow! It’s that time already?’ There is always the point that helps shift your brain to the other side. When I first stared taking from this teacher, he has you take a picture and turn it upside down. The reason is that you look at the shape and lines and not what the content is. It helps you think in different ways. It is very satisfying to take a cold, white canvas and make something beautiful out of it.” 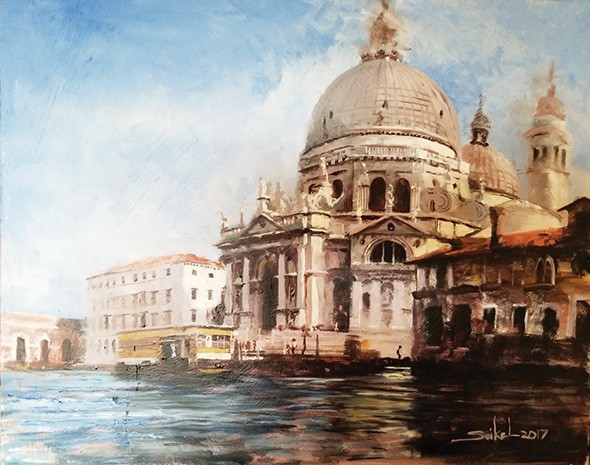 Jan J. Smith founded the group in 2010 as an outlet for friends. The event has grown every year and now features a spring and fall exhibition each year. The art show features oil and acrylic paintings, jewelry with semi-precious stones and sculptures. Many artists offer giclées (prints on canvas from original art) and frameable notecards.

“We want to offer a huge variety of prices for people at the show,” Smith said in a previous Oklahoma Gazette interview. “When they come, maybe they can’t afford the $2,000 oil painting but they want to go home with something they really liked about it. If there’s a notecard scanned from that original oil painting, they can take that home and feel really pleased about it.”

Smith’s husband Richard V. Smith is the medical director at Mercy Neuroscience Institute. He will host a free talk on the treatment and prevention of a stroke at 2 p.m. Saturday and Sunday.

Those interested in supporting the charity in advance can buy a certificate of art purchase, which will give them entrance to a VIP first-choice pre-party 3:30 p.m. Friday, and Mason will be there to greet them with an appreciation gift.