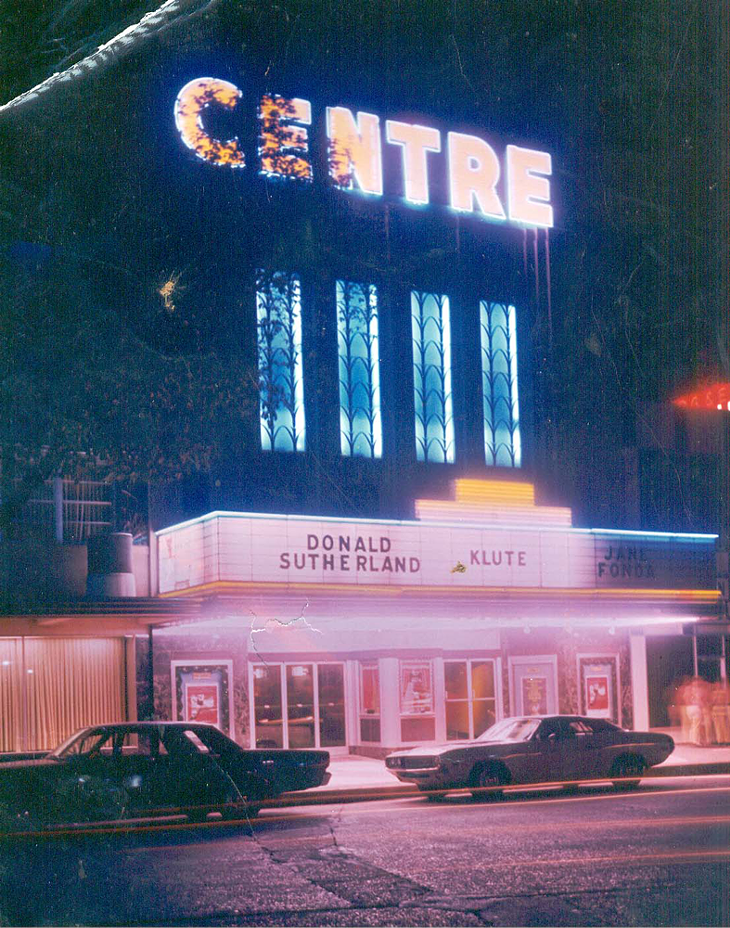 The film-going and filmmaking cultures of Oklahoma have been growing, even exploding, in recent years. With studios like Prairie Surf, productions like “Reservation Dogs,” and acclaimed local filmmakers garnering national attention, Oklahoma is finally being seen as a serious place to make serious films.

But there’s at least one place in OKC that has been serious about film for a very long time, that places the most daring and artistic movies appropriately alongside some of the world’s most beautiful and thought-provoking artworks: the Samuel Roberts Noble Theater at the Oklahoma City Museum of Art.

It’s common for an art museum to include a theater space for art films, installations and events, and many even keep full screening schedules, but there may be no other theater in the city (and perhaps in the state) that boasts a more diverse, more challenging, or more impressive schedule of movie masterworks both old and new.

And that is mostly down just to the team of people that run and curate the museum’s film program.

“We try to have a sort of varied program of international films and indies and more, I guess, crowd-pleasing films and more difficult films, newer and older things.”

That’s OKCMOA’s Head of Film Programming (and holder of a Ph.D in Film Studies from NYU) Lisa Broad, whose own palpable, insatiable love for all things film provides the driving force behind the theater’s consistently diverse schedule.

“We try to have a good mix,” Broad said. “On the whole, we just kind of pick films that we think are really exciting that we want people to be able to see and show a lot of stuff that doesn’t necessarily play anywhere else in Oklahoma City. And so that’s pretty exciting.”

Since the museum opened its doors nearly 20 years ago, the theater and its unmatched film program have been mainstays among the countless attractions and exhibits, but the history of the theater actually stretches back far before that.

The entire museum was actually conceptualized and built around the classic Centre Theater, which stood as a massively popular downtown destination from 1947 to its shuttering in 1975.

“It opened on Christmas Day, I believe, in 1947,” Broad explains. “It was a kind of big movie palace in the Art Deco style that sort of went with the Civic Center.”

Until its closing in ‘75, the Centre Theater was a staple of the downtown entertainment scene. But, like much of the downtown OKC area at the time, it fell into disarray and sat abandoned until OKCMOA was designed and planned to occupy the space. Rather than demolish the old theater, the designers had the foresight to incorporate the space into the new museum, retaining the original box office, the steel-and-glass railings, and of course the legendary grand staircase that winds up from the theater lobby.

“It was really colorful and stylish,” Broad said. “They had these murals that were painted with black light activated fluorescent paint. And so when the movie was playing, the murals would kind of glow over on the side, which I thought was really cool.”

She is admittedly still a bit new to the position, having only taken over as Head of Film Programming for the museum in April of 2020, just as everything was shutting down in the face of the pandemic. But her love for the theater and its history is clear, with credentials second-to-none.

That lifetime of love, appreciation, and study of film provides the foundation for the theater’s unmatched ability for bringing artistic and international films to a local audience that might not ever be aware of them otherwise. 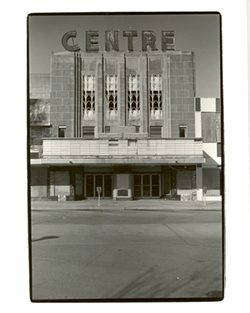 “We had a really good turnout for the Manhattan Short Film Festival, which is one of our most popular events,” Broad said in recounting the biggest hits from their program over the past few years. “Oscar Shorts is another good one for us or French Film Week in July is great. I think there’s a lot of love for French films, and so that’s definitely something I’m excited to do. We’ve been showing some art documentaries, too, like we recently, for Halloween, had one on Edward Munch.”

The audience numbers are just recently beginning to rise again, she says, as people become more comfortable with getting back out into public amid the ongoing pandemic. That means working to understand what audiences are responding to and figuring out how to plan and structure the schedule going forward.

“I think it’s just kind of trying to balance getting things on the calendar,” she said. “And then being flexible for stuff that kind of pops up that you might be excited about at the last minute.”

So what upcoming screenings has her really excited? Almost too many to list.

“We have ‘Chess of the Wind,’ which is this really cool kind of Gothic thriller from pre-revolutionary Iran. We have ‘Spencer’ coming up over Thanksgiving weekend. We’re working on our holiday series, that’s another big thing, and we’re working on a Wong Kar Wai retrospective.”

One particular project is close to the hearts of everyone on the theater team, though.

“We’ve been rebooting our Film Society with this new series that we’re calling ‘35 Millimeter Thursdays,’” she says. “Every other month, we’re showing these classics on 35 millimeter and just kind of having a discussion of them. The first one was really fun. I’m looking forward to the next few.”

For a full list of the museum’s wildly diverse upcoming screenings, showtimes, and tickets for the Noble Theater, check out okcmoa.com.