Artist of the Quarantine: Robert Peterson 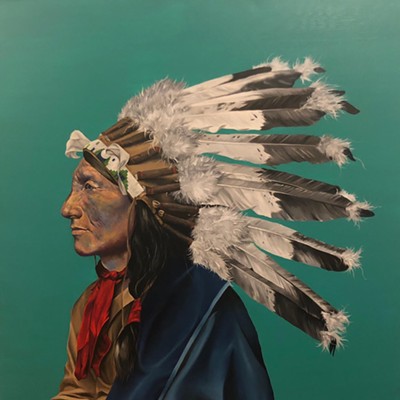 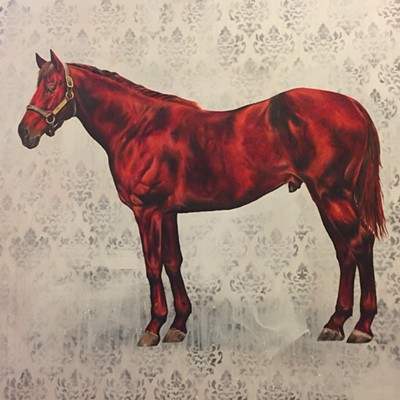 Robert Peterson
By Gazette staff
Click to View 5 slides
Robert Peterson is a contemporary artist currently living and working in southwestern Oklahoma. Born in 1981, Peterson picked up a paintbrush for the first time in July of 2012. Emerging as one of this country’s most celebrated new artists, Peterson has exhibited his works in some of this nation’s hottest art markets, including New York City, Chicago, Los Angeles and Miami. He is also recognized as the first African American to ever earned the title Artist of the Year in Southwest Oklahoma. Later that same year, Robert went on to be named the Spectrum Spotlight artist of the year 2017 during Art Basel Miami week. In February 2020, Peterson made his debut at the LA Art Show, where he was selected to be a featured artist and had his painting “To be young, gifted and Black” named a standout piece by voting committee. Peterson’s raw and spontaneous, almost abstract portraits are now collected by nouveau art collectors and fans worldwide, including professional athletes Darrell Revis, Amare Stoudemire, Kevin Durant, Carlos Boozer and Floyd Mayweather. Also among his collectors are celebrities like platinum-selling recording artists and entrepreneur Sean “Diddy” Combs, Lil Wayne, Swizz Beatz, Alicia Keys, Oklahoma City Thunder, Nike Australia and many others.

Lawton artist brings larger-than-life work to Paseo
Despite his short time as an artist, Robert Peterson has a growing fan base.
By Jack Fowler
Arts

Visual artists Robert Peterson and Karam bring exhibits to JRB Art at the Elms
Work from both artists will be on display through Nov. 27.
By Jessica Williams
Arts

Speaking of Artist Of The Quarantine, Robert Peterson