For the past 34 years, Sundays in the metro have been filled with the sounds of the Arts Council of Oklahoma City’s Twilight Concert Series. 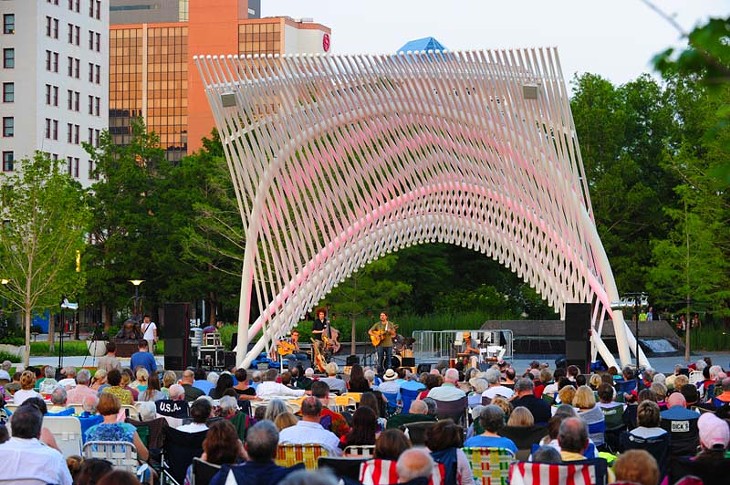 with The Wurly Birds

Oklahoma City has plenty of events to keep up with in the summer these days. But for the past 34 years, Sundays in the metro have been filled with the sounds of the Arts Council of Oklahoma City’s Twilight Concert Series.

The concerts feature a wide variety of artists that have worked with the Arts Council throughout the year.

“We try to get a wide variety. There should be something for everyone,” said Christina Foss, director of the Sunday Twilight Concert Series.

Concertgoers can enjoy everything from country and rock to Latin, funk and hip-hop, and all of the performers donate their time to the Arts Council and have worked with the organization previously.

A lot of the newer additions to the series performed at this year’s Festival of the Arts.

Some familiar favorites — like guitarist Edgar Cruz, who will perform a Beatles tribute at the August 3 show — will also make appearances. But guests also have the opportunity to enjoy new artists, like The Wurly Birds on July 20, plus many more through the newly extended season.

Each concert averages around 1,200 attendees, and the event continues to grow throughout the summer. In fact, this year, the Arts Council decided to extend the series through the end of September, making it the longest-running Twilight Concert Series yet. In 2013, the series had 17,000 attendees total, and with the additional month of shows, that number is likely to skyrocket.

“We love that it’s free and we’re able to produce this,” Foss said. “It’s just such a fun time.”

Despite working on its 34th year, the Twilight Concert Series still adds some spice to the mix.

“We did work with deadCENTER (Film Festival) this year and had concerts with the screenings,” Foss said.

They added shows on Friday and Saturday during the local film festival to coincide with screenings. The musical guests were selected to fit with the film that was being screened.

“It was a lot of fun to collaborate with them,” Foss said. “The Arts Council’s mission is to bring the arts and community together,” Foss said. “This is one example that really accomplishes that.”

When venturing out to the event, be sure to pack your lawn chair and blankets, and bring the kids, too. But leave your dog and glass containers behind; you’ll want to have room to dance and have a good time at this Oklahoma City summer staple.