In the pantheon of surrealist short films, Salvador Dalí and Luis Buñuel’s Un Chien Andalou has a place at the very top.

“If you’re going to make a Mount Rushmore of short films, that goes on there,” said Oklahoma City Film Society founder Alex Palmer.

The iconic 1929 French short will conclude the first night of [Artspace] at Untitled’s new 40 Minutes or Less short film series, the downtown art gallery’s partnership with OKC Film Society. Untitled plans to host a new themed 40 Minutes or Less event once every other month.

Surrealism Night will also feature screenings of Maya Deren and Alexander Hammid’s 1943 Meshes of the Afternoon and Erick Oh’s 2012 animated short How to Eat Your Apple. The event runs 6-7:30 p.m. Thursday at [Artspace] at Untitled, 1 NE Third St. Admission is free, and snacks from Urban Johnnie Bar & Grille will be provided.

Each 40 Minutes or Less event will bring in guest hosts who will offer expertise and guide discussion on the films being show that night. Palmer and Untitled staff member Jessica Williams will co-host the first event.

Post-viewing discussion is one of the critical principles of the new series. Palmer said he is particularly excited to lead a discussion for Surrealism Night.

“Surrealism, I feel like, is sometimes best in shorts,” he said. “When you get a longer film, sometimes people are more interested in the narrative than the symbolism.”

There is no one type of crowd Untitled hopes to attract for this series. Palmer said anyone with any interest in the event is welcome.

“You’re going to get people who are well into surrealism and have seen these shorts probably a hundred times, but you’re also going to get some people who just like movies and haven’t seen it yet,” he said. “We want to make sure we can keep it accessible for everybody there and make sure everyone feels comfortable in the dialogue.”

Holly Hodge, director of program operations for Untitled, said 40 Minutes or Less will be free of intimidating art house pretension.

“We’re trying to make it where anyone can come in, have a good time and learn and talk about movies,” she said. 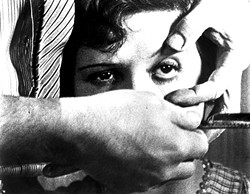 Since then, Palmer has been looking for new programming opportunities across the city. He was happy when Untitled approached him about a potential partnership that would emphasize education and discussion.

“After talking with everyone over at [Artspace], we just started pitching different ideas about what would work best in the space,” he said. “That’s when we felt that short film would be a more interesting programming idea than just going, ‘Hey, this is a good movie; look at it.’ It’s more interactive.”

Untitled celebrated its 20th anniversary in 2017. As the art gallery looks ahead toward the next two decades, it is looking to bring in programming and events that will interest a new generation of art enthusiasts.

“We’re trying to come up with new programs that we think are fun and exciting and relevant to the community,” Hodge said.

Palmer and Hodge designed 40 Minutes or Less to be both entertaining and educational. The best way to do that, Hodge said, was to feature short films.

The average film shown in the 40 Minutes or Less series will last no more than five minutes. Un Chien Andalou, which features a runtime of 21 minutes, will probably be one of the longest films they ever show.

“We felt like the best way to make it educational and bring in that dialogue was to have the short films that would last two to five minutes,” Hodge said. “Then you could have that discussion with everyone without them sitting through an hour-and-a-half-long screening.”

“Only one person who was not a friend of mine showed up,” Palmer said. “Thankfully, it’s expanded from there.”

OKC Movie Club, and later OKC Film Society, was Palmer’s way of creating a community around the thing that he loved. Movies were one of his favorite things, and he wanted to build a circle of people who also appreciated watching and talking about movies together.

“In and of itself, [film] is kind of an alone hobby,” he said. “You just kind of sit at your home and you watch something or you go to the theater and watch something. I wanted something that could get a little more of the community involved.”

From the beginning, openness and affordability have been two of Palmer’s main goals. Like the 40 Minutes or Less series, few, if any, of his screenings have charged for admission.

“I wanted to make sure we kept things free, because everything is so easy to get at your fingertips at home,” he said. “I wanted to make it as easy as possible for people to come out and watch a movie and just discuss afterwards.” 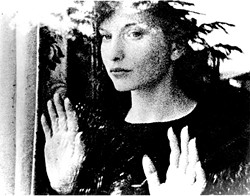 [Artspace] at Untitled also has a history of showing film, and Hodge said 40 Minutes or Less is an attempt to return to that history.

While going through old photographs preparing for Untitled’s 20-year anniversary celebration, Hodge discovered an old photo of a time several years ago when the art gallery had previously screened Un Chien Andalou. The film was projected outdoors to a large crowd, something Hodge said Untitled would like to return to someday with 40 Minutes or Less.

“All of these will be inside,” Hodge said, “but I’m hoping, eventually, maybe we can do that again.”

Palmer is also excited about restoring the film legacy of Untitled, which hosted several deadCenter Film Festival screenings back in the event’s early days. He also said Untitled is an ideal home for short film showings.

“Short films, the way that they live is really through art galleries and things like that,” Palmer said. “So I think showing short films in an art gallery really fits well.”

There are advantages to showing shorts as opposed to feature-length films, too. The longer the movie, the harder it is for most viewers to zero in on specific shots and technique. The 40 Minutes or Less series will focus mainly on style and contextual meaning.

“You can focus more on the art of making a film and the different processes they use,” Hodge said.

Palmer certainly does not want to discount the story aspect of a film. Instead, his goal is to highlight other aspects of the art form.

“While there are interesting narrative aspects to what you can tell in a short film, because it’s shorter, sometimes there’s more emphasis on what is shown on screen — the mechanisms of filmmaking and the different aspects of that,” he said. “I think it’s going to create a little bit different discussion.”