As hydrogen gas receives a jolt of electricity, the atoms inside the cyclotron release protons that spin at more than 223 miles per hour. The protons are then sent down a pipelike structure to one of four treatment rooms, where they are beamed into the tumor of a patient, giving a dose of radiation that is targeted to reduce side effects and damage to other parts of the body.

“If an x-ray or traditional radiation is like a shotgun, then proton therapy is like a target rifle,” said Andrew Chang, a radiation oncologist at ProCure Proton Therapy Center in Oklahoma City. “You can get all the bullets, so to speak, in all the right places.”

Oklahoma City is home to one of 14 proton therapy treatment centers in the United States — 10 more are under construction — and is part of a growing weapon in the fight against cancer that offers some patients a way to treat their tumor without damaging other parts of the body.

Cancers like those found in the breast or prostate are surrounded by vital organs, like the heart and genitalia, which can be harmed by traditional radiation that is less targeted and exits the tumor on the other side.

Proton therapy uses an aperture and compensator to guide the beam to the tumor and prevent it from exiting the other side.

“Cyclotrons have been so big and difficult to build that it has really limited the number of centers up until recently,” said Gina Esau, director of marketing and business development for ProCure’s OKC center.

The OKC location was the company’s flagship facility when it opened five years ago.

“Like everything else, as technology evolves and improves, more and more places are able to get it,” Esau said.

Proton therapy has been in use for more than 20 years but has only recently been considered a viable option, Esau said. Much like fingerprints, no two tumors are the same, which means that specialized treatment can be critical; ProCure customizes treatments down to the devices used to shape proton beams.

Down the hall from the four treatment rooms and past the control room where a crew acts like air traffic controllers for proton beams, there is a manufacturing center where two devices are made for each patient.

One machine cuts a tumor-shaped hole into a thick, funnel-like piece of brass used for the beam. The brass piece helps ensure that the beam does not stray from the tumor onto other parts of the body.

Another machine cuts into a wax device of varying thickness and will, in part, control proton dosage.

“We make every one of them in-house,” said Jeff Probst, ProCure facility director. Probst doesn’t have much direct contact with patients and works in a garagelike room far different from the clinical setting down the hall, but he visualizes the tumors as the machines recreate their shapes. He said he feels a connection with each patient.

“The best thing about this is knowing you are part of something bigger than yourself,” Probst said. “It really brings it to life, and when we see those patients ... I remember what his device looks like.” 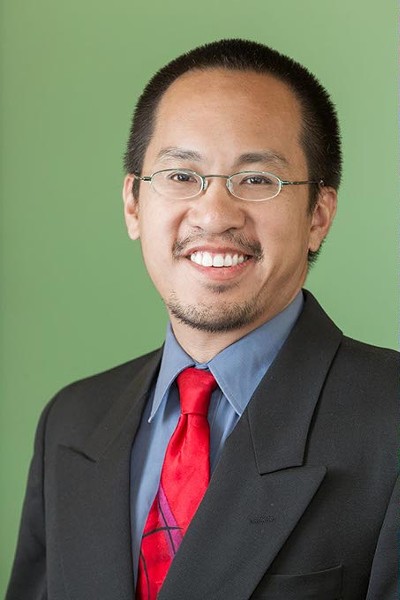 Five-year-old Oliver Taylor lives in England and was diagnosed with bladder cancer this year. Proton therapy was recommended due to the location of the cancer and his age.

“There’s nothing in the [United Kingdom] like this,” said Matthew, Oliver’s father.

The Taylor family not only has to cope with the disease itself, but also deals with the challenge of moving to the United States for several weeks.

With so much downtime between radiation appointments, the family has tried to view its stay as an extended vacation by doing more family-friendly activities together.

Because the therapy has minimal side effects, Oliver remains an energetic little boy who is often bouncing off the walls in the ProCure playroom as he waits to be seen.

“You wouldn’t know there is anything wrong with him,” Matthew said. “He’s not tired afterwards. He’s a little bit red around where the beam is put in, but it’s like a little sunburn and we put a little cream on it.”

While Oliver has traveled thousands of miles for treatment, other patients live just down the road.

Richard Fransen, 63, had an aggressive form of prostate cancer removed in 2008. Traditional radiation was recommended in an effort to ensure the cancer did not return, but Fransen was nervous about possible side effects.

“I saw the sign going up [at ProCure] and decided to find out what this was all about,” Fransen said. “The traditional radiation beam is a much more scattered beam. But the proton [beam] goes in at a very low intensity and actually builds as it gets close to the source. You don’t have the damage to other organs on the way in and out. I thought it sounded like a good idea.”

Fransen was one of the first patients treated at ProCure in OKC and is now an advocate for the cancer treatment.

“They were nice enough to set my appointments at 8 in the morning, and I was out by 8:30,” Fransen said. “I was able to have a normal lifestyle.”

As cancer cures continue to be sought, the process for treating the disease has improved, Chang said.

“The awareness of cancer in society as a whole means we are much more vigilant in looking for cancer, which leads to us having much more consistency in screenings and looking for cancers,” Chang said. “But we are also seeing advancements in how we fight cancer that are minimizing side effects.”