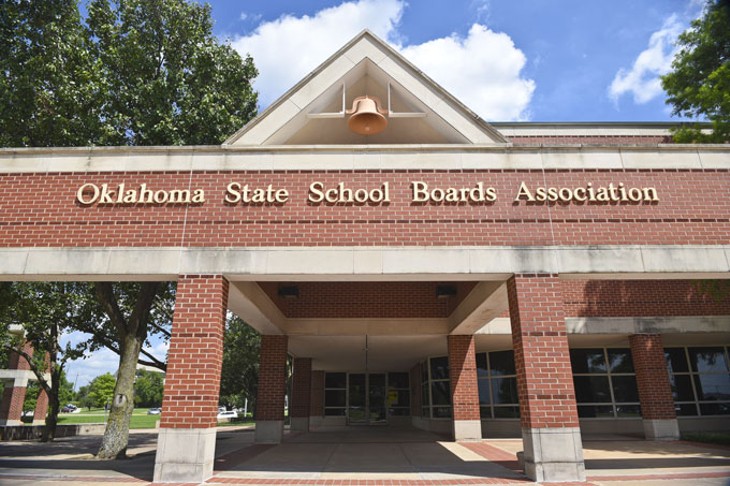 Throughout her first few months as a teacher, Rebecca Wilkins would regularly have to stop teaching her second-grade class to manage a tantrum by one of her students who lacked anger management skills.

“He would explode over the littlest thing,” said Wilkins, who teaches at Hawthorne Elementary in west Oklahoma City.

Her first semester teaching since graduating from the University of Central Oklahoma was a challenging one with mountains of paperwork, evenings of grading student work and managing a class of 26 children, made even more challenging because of the young boy who would burst with anger.

But a collection of small victories during the first few months began to give Wilkins the sense she was capable of becoming a good teacher, including a turning point with the boy.

“The day that he came to me and told me he needed to take a break and sat down for five minutes and came back instead of throwing a tantrum, it was my proudest accomplishment,” said Wilkins. “I had worked so hard on that, and I was able to help him and give him some skills so that now he can learn more.”

Wilkins’ victory reminded her why she decided to become a teacher. But in Oklahoma, it’s a profession that is becoming harder to recruit for, as trained teachers leave for neighboring states or college students decide the career isn’t worth it.

The state issued over 500 emergency teacher certifications last school year in response to immediate openings that weren’t being filled by certified teachers, which is a 500 percent increase from just two years ago, according to the Oklahoma Department of Education.

Education officials say a combination of low teacher pay and a lack of respect from the political establishment are largely to blame for the challenge districts across Oklahoma face in filling vacancies.

“It hasn’t changed too much in the sense that our education program enrollment has dropped,” said Bryan Duke, an education sciences professor at the University of Central Oklahoma. “Students who express an interest in teaching ... once they complete that first clinical experience, once they are in the schools, we lose almost half of them to another profession. It’s not necessarily that it’s a bad experience in the sense that it was a bad teacher they were shadowing. Rather, it really was just a wake-up call to them that teaching is really tough.”

While teaching positions are becoming harder to fill in some school districts, university enrollment data is not down across the board. Oklahoma State University graduated 295 education students in 2004 and 293 last year. However, the University of Oklahoma’s education training enrollment was at 661 last year, which is a drop of nearly 240 since 2004.

The education organization Stand for Children recently released the results of its teacher listening tour that listed several reasons for teacher shortages, including consistent changes in curriculum, standards and policy.

“After talking with teachers, it is clear that low morale is a key factor to the growing shortage of teachers,” said Amber England, Stand for Children’s Oklahoma director.

Organizations like Stand for Children have supported wide reform efforts to increase teacher pay and education funding, which have been tough issues to find consensus on among state lawmakers. However, a handful of bills passed this last legislative session could bring some improvement, said Shawn Hime, executive director of the Oklahoma State School Board Association.

“Senate Bill 20 would allow someone who has taught in another state for five years or more to come to Oklahoma [and teach] without having to pay for another teacher certification test,” Hime said. “They have already taken the test in another state. There is no reason for them to pay again for the test, especially when we have a teacher shortage.”

House Bill 1521, also passed this year, gives school districts the ability to pay for moving expenses to teachers recruited from another state. Hime said these types of bills help but do not address the largest problem.

“Number one is teacher compensation,” Hime said. “We have to be able to compete with surrounding states in the market for teachers, and that comes down to compensation.”

Oklahoma’s average starting salary for a teacher is the eighth lowest in the nation, according to the National Education Association. Oklahoma’s overall average is the third lowest.

Oklahoma teacher salaries are lower than the national average, but so is the cost of living. Data compiled by the Missouri Economic Research & Information Center ranked Oklahoma with the third lowest cost of living rating in the nation, behind only Idaho and Mississippi.

Some teacher educators say Texas, where the average yearly salary is $4,000 higher, has been drawing Oklahoma-trained teachers for years.

“There aren’t many reasons that someone who doesn’t have ties in Oklahoma would stay in Oklahoma and teach,” Duke said. “At UCO, we seem to keep so many teachers [in state] because UCO has a high percentage of students from Oklahoma and they are going to return back to their community. I think that has been the saving grace for us.”

A drive to make a difference motivates most teachers, Duke said. Back at Hawthorne Elementary, a motivation to change lives appears to be the driving force for Wilkins, who just finished her first year of teaching.

“I’d say it was pretty stressful ... but I am finally starting to get the hang of it and feel like I can do this job,” Wilkins said. “I love coming up with different ways to solve problems, and I feel like teaching requires solving problems every single day. It’s hard work.”

Print headline: Learning curve, As the state experiences a teacher shortage, some continue the necessary plight of educating its youth.