As the Oklahoma City Council prepares sales tax and bond propositions, conversations continue about how best to spend the funds 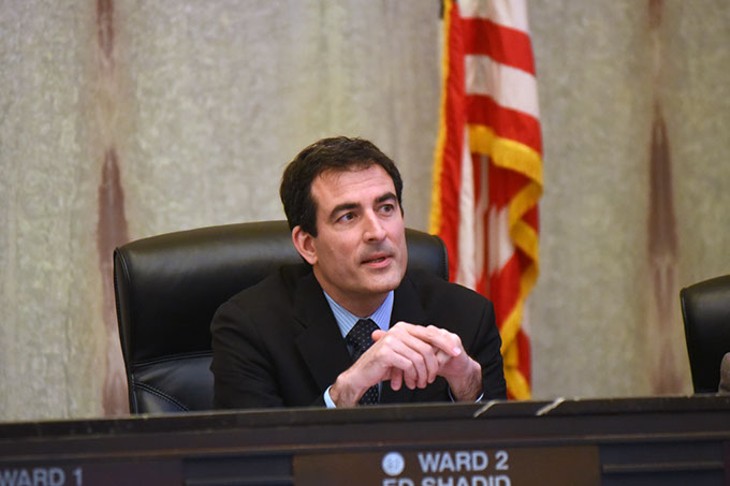 When residents weighed in on Oklahoma City Council’s sales tax and bond proposals to invest $1.1 billion, they brought recommendations.

The June 13 public hearing on extending the one-cent MAPS 3 sales tax and implementing a 2017 General Obligation Bond program brought out business leaders and education advocates who argued such an investment into the city could have a transformative impact. However, the two sides differ significantly over where the money should be spent.

Business leaders encouraged the council to consider extending the one-cent MAPS 3 sales tax, which will expire at the end of the year, for 27 months to fund street resurfacing, streetscapes, trails, sidewalks and bicycle infrastructure. Streets are a driver in economic development, the business leaders argued.

“Trust me; in our conversations with existing businesses, roads are a primary concern,” Greater Oklahoma City Chamber executive committee chairwoman Rhonda Hooper told the council. “If you are having to zigzag within your lane to avoid damaging your wheels in a pothole, it is very frustrating.”

Education advocates put forward their plan for a 1/4-cent of an extended MAPS 3 sales tax benefiting local school districts, which are struggling financially because of decisions made at the state level. City funding could pad depleting classroom budgets and benefit teacher salaries, strengthening schools and adding to the quality of life, advocates stated.

“Let’s have some political imagination,” Nick Singer, a parent and legislative organizer, said. “I get it; the roads are bad in Oklahoma, no question. The schools are worse. As a parent, I would rather dodge a few potholes than scramble constantly to educate my child.”

The nine-member council responded. Days after the public hearing, the council’s proposals were revised to match the motion of business leaders, who represent the Greater Oklahoma City Chamber,  the organization that would likely run a campaign for the city’s sales and bond propositions.

The council’s final sales tax and bond proposals will be decided before the end of the month. The ultimate decision lies with Oklahoma City voters, who are expected to vote on the proposals Sept. 12.

Education advocates have an ally in Ward 2 Councilman Ed Shadid, who vows to investigate different ways to increase funding to Oklahoma City Public Schools (OKCPS), which has school sites in his ward. In recent months, he has done just that by initiating early conversations. While Shadid sees an opportunity with the expiring MAPS 3 sales tax, he also backs efforts to explore a city income tax, which would drive funds to classroom spending and into the salaries of teachers and support staff.

Either the council or citizens, through an initiative petition, could bring a temporary city income tax for education to a public vote.

Since state leaders dropped the personal income tax rate from 5.25 percent to 5 percent on Jan. 1, 2016, Oklahoma City could impose an income tax at .25 percent, suggested Shadid, who said the tax cut spurred controversy because of looming state revenue shortfalls.

There is no clear path for local governments to fund school districts, which is why Shadid acknowledged there is much work associated with either the city or the public bringing a local tax proposal to voters.

However, it’s not unheard of. In 2015, Pottawatomie County voters approved a .495-cent sales tax to support 14 school districts through building and technology needs and fund the construction of a county justice center. Sixteen years ago, Oklahoma City voters endorsed a $700 million MAPS for Kids sales tax initiative to invest in OKCPS and suburban districts in areas of capital improvements, technology and transportation.

Because Oklahoma strives to fund public schools equitably, any proposal would need to be vetted by experts in the state’s tax and school financing laws.

In a May 5-11 Sooner Poll about a September Special Election and authorized by Shadid, almost 52 percent of city residents polled said they strongly support or somewhat support an initiative or proposal allocating city funds to per-pupil spending and non-administrative educator salaries. Twenty-one percent of respondents were neutral or don’t know, and 27 percent somewhat or strongly opposed such a measure.

>> About 63 percent of citizens surveyed said they would support a temporary continuation of the MAPS tax with 1/4 cent benefiting OKCPS.

>> About 61 percent of citizens surveyed said they would support a temporary 1/4-percent income tax to support OKCPS.

>> About 56 percent of citizens support the continuation of the MAPS sales tax.