When it came time for questions at a community forum discussing drug use and overdoses, a mother raised her hand, took a deep breath and then began to tell her personal connection to opioid abuse.

After a knee surgery, her son was prescribed medication to safely manage his pain. At first, the pills brought relief; however, over time, he built tolerance for the medication, which is common, but it also required he be prescribed higher doses to manage his pain. He became one of thousands who have become trapped in one of the nation’s top health challenges: opioid abuse and addiction.

Choosing to change, the mother said her son turned to 12-step meetings and added his name to a waiting list for a sober-living home. Waiting even a few days for treatment was too arduous; her son went missing.

Fighting back sobs, she told the Oklahoma Watch-Out forum crowd, “I am just a mom; I don’t know anything about this.”

Her story is one of thousands tied to the opioid drug epidemic in Oklahoma and around the country, where a dramatic increase in prescriptions, coupled with a social acceptance of opioid medication and aggressive marketing by pharmaceutical companies, have created the perfect storm for dependence, abuse, addiction and death, even when patients take medication exactly as prescribed.

Opioid drugs include opium, morphine and heroin and similar drugs used to treat acute pain following trauma or surgery or to aid patients with painful terminal or chronic diseases, such as cancer. OxyContin, oxycodone, codeine, methadone, fentanyl, Demerol, and Lortab also are opioids.

Patients might use more medication for “breakthrough pain” as tolerance develops, and for many, with tolerance often comes withdrawal symptoms, which experts say can ignite the cycle of addiction.

Turning the tide on the opioid epidemic is possible but is limited without adequate funding to the Oklahoma Department of Mental Health and Substance Abuse Services (ODMHSAS), a state agency that saw its appropriations reduced by about $20 million when paired with loss of federal matching funds this year.

When the mother posed a question about treatment waiting lists, Michael Brose — the leader of a nonprofit working with Oklahomans dealing with mental illness and substance abuse disorders — responded by sharing a sad reality.

“Sometimes I just say, ‘You start going to … [12-step] meetings and go every hour if you need to,’” said Brose, Mental health Association Oklahoma CEO. “Timing is everything with this. When people are ready to go, we need to have easy access. We are a long way from there.” 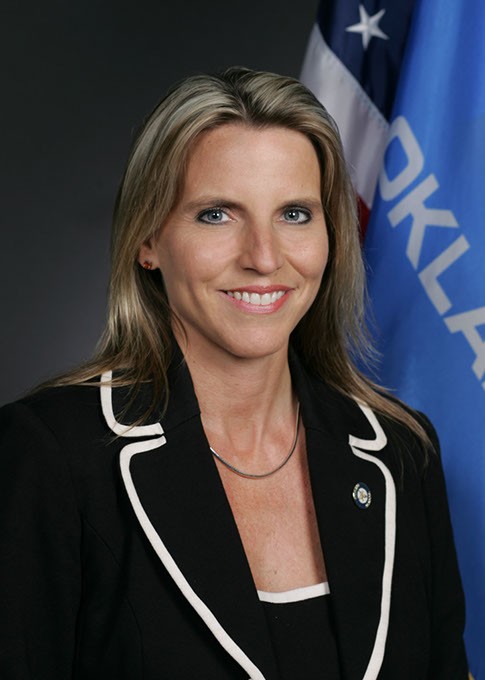 “We are truly in a crisis,” Griffin said when speaking to reporters last week about Senate Concurrent Resolution 12. “The stigma of drug use and illegal drug use does not generally apply to something that comes in the form of the pill, which we have become accustomed to taking to treat an illness or solve a problem on our body. That is why this problem is so pervasive.”

The state’s attorney general will chair the nine-member committee made up of members from the health field as well as lawmakers.

Over the course of the next six months, the committee is to review and evaluate policies to bring forward recommendations in a comprehensive plan.

“According to the statistics that I’ve seen, we haven’t even started to see the worst of it yet,” said Oklahoma Attorney General Mike Hunter. “If nothing, we will continue to lose friends, family and loved ones to addiction and overdose.”

Oklahoma lawmakers have put forth plans to combat opioids and perception drug abuse before and with much success in influencing policies and statues.

Many believe the Legislature has failed to fund such services adequately for decades.

Currently, the department operates with $20 million less than the year before, which translates to 73,000 Oklahomans receiving fewer services.

Many with and without insurance turn to one of the 130 substance use disorder treatment providers funded by ODMHSAS for assessments, referrals, withdrawal management, outpatient counseling, residential treatment, substance abuse education, transitional living and aftercare services.

In March 2016, the waiting list for state-funded residential drug treatment included more than 600 people. A year later, the list has swelled to more than 800. While people are redirected to outpatient services for treatment, many advocates argue there still aren’t enough services to help the growing number of Oklahomans in need.

“We are not bad people trying to get good,” Woods said. “We are sick people, and we hold the exact same right to get well. … We need to stop the stigma and the shame around this disease. We need to let people know that addiction is a brain disorder.”

As the state’s mental health commissioner, Terri White has repeatedly argued that the Legislature could and should adequately fund mental health and substance abuse treatment because treatment is key to reducing costs in the criminal justice system.

All too often, Oklahoma taxpayers are paying to lock up nonviolent, low-risk offenders who battle mental illness, a substance abuse disorder or both.

Research proves that substance disorder treatment is a good community investment, too, as it is a far less costly than prison or jail.

“What we know is there are hundreds of thousands of Oklahomans who struggle with mental illness and substance abuse,” White said during last week’s My Mind Matters rally at the Capitol. “They are our friends, our family members, our neighbors and members of our community. … We know there are Oklahomans struggling and asking for help.”

In a legislative session where Oklahoma lawmakers grapple with a nearly $1 billion budget hole, mental health and substance abuse advocates have rallied for raising the cigarette tax.

Endorsed by Gov. Mary Fallin, the plan to increase the cigarette tax by $1.50 per pack would raise almost $258 million for state health care agencies, including ODMHSAS.

Despite legislation drafted on a proposed cigarette tax before the session began, lawmakers have yet to take action as they move into the final weeks of session.

For advocates like Woods, this is not the first legislative session in which her organization and allies launched campaigns to protect mental health and substance abuse treatment funding.

Her message to lawmakers is that Oklahomans can recover from addiction, but it requires legislative investment and support.

“Not one more Oklahoman should die because of untreated mental illness or substance abuse problems,” Woods said. “Not one more should. We have to put a positive face and voice on recovery to show people it is a reality.”