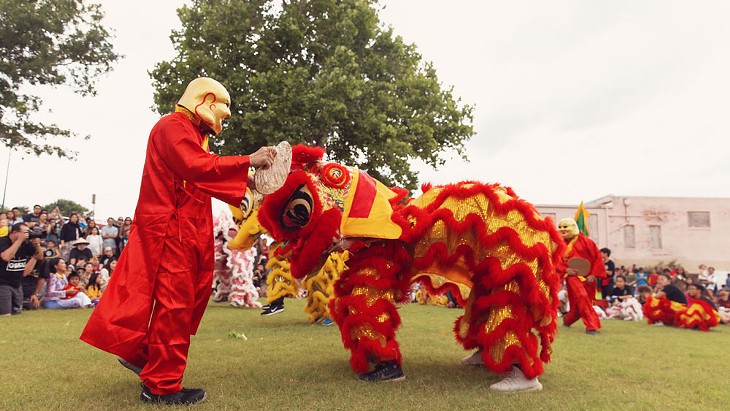 The Asian District Night Market Festival is back this summer, bigger than ever and following all CDC protocols to combat the delta variant.

There will be performances of all kinds, from cultural demonstrations, live music, a fashion show and dancing from all over Asia showcased at the event, Asian District Cultural Association President Thuan Nguyen said.

“We have a plethora of performances this year. We have a Filipino dance. We have a Malaysian dance. We have Mr. And Mrs. Asian UCO performing. … There’s Laotian, there’s Filipino pipe dancing. There’s some Indian dances. There’s a Laos one-man band. There’s some DJs and some live music for us and then we also have that cultural fashion show that will have, like, moms and daughters or dads, the whole family, in costumes and walking out and just showcasing their regalia,” Nguyen said.

Even though it’s held in the Asian District, the performances and cultures showcased are very inclusive.

“We integrate everybody. We have Polynesian dancing, We have Middle Eastern belly dancing. We have OKC Thunder girls, we have Latin dances, we have K-pop. We have a Vietnamese line dance, we have the Vietnamese traditional dance. Man, we have some Latin dances as well. We have a packed schedule of all these cultural performances,” he said.

Throughout the day, renowned artist Denise Duong will also be making art.

“She’s gonna be doing an interactive children’s mural live and then after the Night Market Festival, she’ll be putting the finishing touches on our very first professional mural installation in the Asian district,” Nguyen said.

Additionally, Tamashii Ramen will be sponsoring a spicy ramen eating contest. Contestants will have ten minutes to consume as many bowls of ramen as they can. It begins at 6 p.m.

Musical and dance performances will continue until about 10 p.m., but the park will remain open until midnight. With two stages this year, most performers will be able to show off their routines twice during the festival.

The festival began in 2018, Nguyen said, and got much larger in 2019. It is expected to continue growing, though the rise of the delta variant of COVID-19 has not gone unnoticed by the organizers.

Vendors will be spaced at least ten feet apart and there will be hand sanitizer available throughout the park, he said. Wearing a mask is strongly encouraged.

Parking will be open and available to festival goers at many nearby churches, Nguyen said.