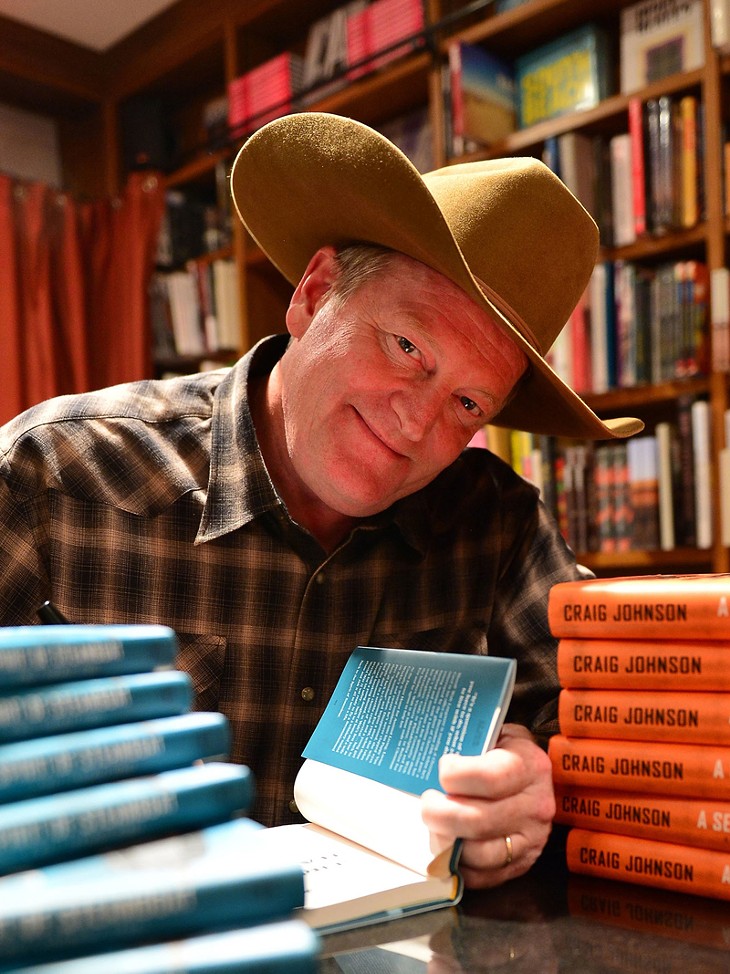 There’s an old piece of advice that is typically offered to writers when they’re looking for a subject to scribble about: write about what you know. It’s something that Craig Johnson, author of the hugely successful Sheriff Walt Longmire novels — and an acclaimed A&E television series — has taken to heart. When not sitting in front of a keyboard, he’s more than likely fixing an irrigation pump out on his land in rural Ucross, Wyo., population 25. It’s that ultimate hands-on approach to small-town trials and tribulations that makes his mysteries the total antithesis of the typical gritty crime-potboilers with which readers are often inundated. “In many ways, Longmire was a response to a lot of the stuff that was going on in crime fiction and television,” Johnson said. “It seemed like about 10 years ago, when I started writing the books, everything was all that CSI (crime scene investigation) stuff, everything was all about the technology. And that only holds my interest for so long. I knew I couldn’t be the only one.” That was when Johnson decided to take a different approach to the mystery, creating a police procedural that is set in the least populated town in the least populated state in America: Wyoming. It’s the type of place where DNA results can take over nine months to get back to investigators, so intense detective work — as well as tight-knit community connections — come into play more often than not to solve crimes. The other aspect of Longmire’s success , Johnson surmised, is that it’s the triumphant return of the classical Old West hero, merely updated to today’s world of highly stylized criminal activity. “People act like this guy is completely new and different, but he’s really kind of old-school,” Johnson said. “Longmire lives by a code and wears a hat, and he’s decent, and he’s good, and he tries to do the right thing.” Fans will have a chance to tell Johnson their thoughts on the classically heroic nature of Longmire as he signs copies of his latest tome, Any Other Name, Monday at Full Circle Bookstore. Having received numerous accolades from the National Cowboy & Western Heritage Museum for both his novels and the television series, Johnson said one of his favorite stops on any tour is Oklahoma. “There’s a true cowboy culture there that I think responds to the books and to Walt,” he said. “People from that kind of territory can tell when it’s BS or when it seems realistic.”