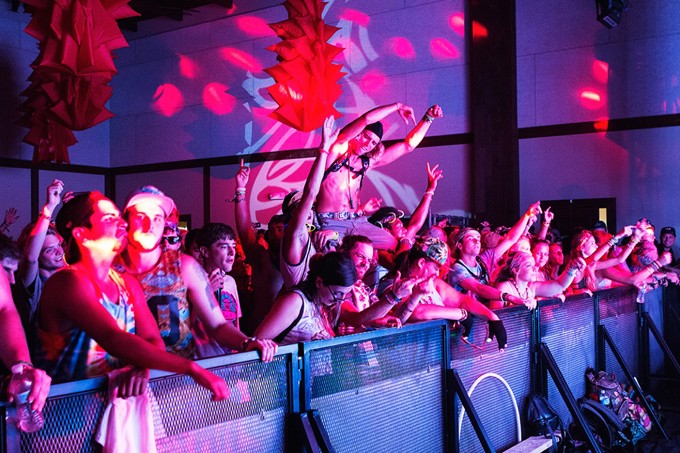 Those seeking more than live music also will have plenty of entertainment options during the three-day festival over Labor Day weekend.

Organizers brought in several truckloads of hay to construct a giant maze on the ranch, said Will Royal, Backwoods executive producer. Guests can climb a 100-foot fire tower to guide a remote-controlled laser that shoots up to five miles. The lake features an aquatic obstacle course and a beach and bar with a 300-foot water slide. Art installations, secret passages and other added bits of infrastructure dot the forest.

“It’s really an entire experience,” Royal said. “I want to say it could be a mix between a music festival, a camping trip and a theme park or a fair all kind of mixed into one. And an art show on top of that.” 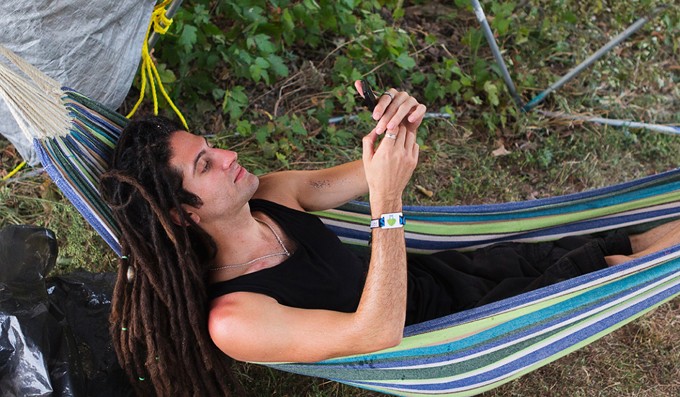 “You have a lot of festivals that are rock or electronic and they kind of pigeonhole themselves into a certain genre,” he said. “We’re a cross-genre festival, so we like the best of the best of all types of music.”

This is the second year Backwoods will spend in its new home at Tatanka Ranch. The event began nine years ago as a collection of artists at Keystone Lake near Prue.

“There [are] some people who have been coming all nine years who are still involved today,” Royal said.

Backwoods grew organically from its humble origins. Royal said organizers reached out to him to help grow the event through his marketing and business experience.

Some festival fans did not want Backwoods to relocate. Royal said they liked the small, neighborhood feel. But the move was vital to keep Backwoods running.

“To keep the festival alive, honestly, we have to keep growing to keep up with the demand of people who attend festivals,” Royal said. “It’s not only that, but it’s a lot of work to do one in a year’s time, and the people who were working in it and putting all their blood, sweat and tears into it year after year, they really wanted to start to see some benefit to that.”

Royal believes the annual event is on the brink of a major breakthrough.

“This is probably the biggest secret still sitting in Oklahoma right now,” he said.

Every detail of Backwoods is closely considered to make sure guests and campers have the best experience possible, and that includes the stages.

This year, the main stage is modeled after a Roman pantheon. A tree house stage is suspended 40 feet in the air. A disco portal stage features a giant disco ball that opens from the floor like a lotus flower and shoots flames 50 feet high.

Royal said they are unique, immersive environments for guests.

“We take a very creative and artistic approach to the design of the stages,” he said, “and we integrate a lot of art installations and art into the festival itself to give it a unique experience that most festivals do not have.”

Backwoods organizers were also intent on improving each year. They took attendee feedback from last year and made an effort to address concerns. A new security team has been hired, and they are taking more measures to control dust.

The festival is not just a weekend getaway. Meditations, yoga and self-improvement workshops turn the ranch grounds into a lifestyle utopia for a few days.

The attention to detail Royal and other organizers show makes a real impact on the surrounding community.

“This is something that is bolstering the economy in this area by millions of dollars, not just because of what the festival is taking in, but all the money these people are spending,” Royal said.

A large percentage of the festival’s campers are from out of state. Royal said Backwoods has made single-day passes available this year, and he encouraged anyone in-state to come and check out everything that is going on even if they can’t make it for the entire weekend.

“It’s a massive undertaking,” he said, “a massive event that’s happening here in Oklahoma, and there’s a lot of people who have not come to experience it yet.”