More local musicians tell us what they do for money, honey. 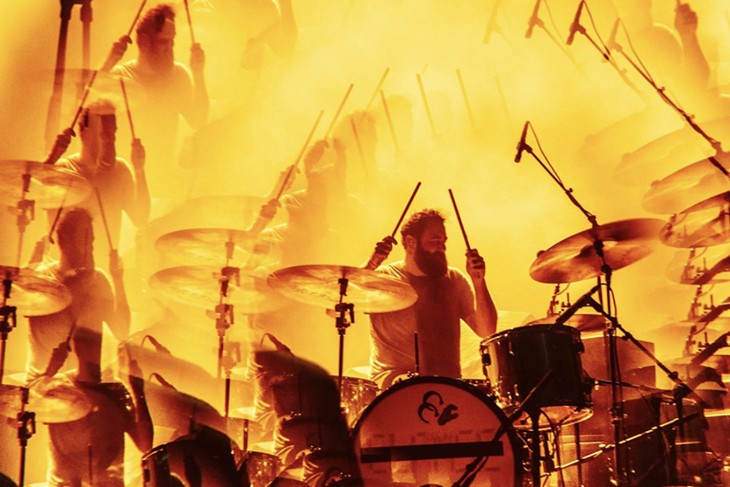 After our cover story about the difficulties local musicians have making money (Music, “Broke music,” Jeremy Martin, Nov. 1), a few musicians reached out to tell us that article didn’t really reflect their realities.

“While the fact that the Oklahoma City public does a terrible job of supporting live, local, original music could itself be the subject of standalone article, that’s not the only way musicians make money with and through their art here or anywhere else,” wrote Than Medlam, a full-time lecturer at the University of Central Oklahoma’s Academy of Contemporary Music (ACM@UCO) who also described himself as a guitarist, singer, trombonist, luthier and arranger in an email to the editor. “There are amazing, talented, hard-working, motivated, and innovative people hustling hard in OKC and paying all their bills through music. … There are world-class musicians all over town teaching privately and at colleges, playing in orchestras, writing and recording jingles for local businesses, writing film scores, running studios, collaborating with other musicians outside the state, performing/directing/running sound in churches, marketing and selling their songs as intellectual properties, designing logos, doing web design, building music gear (effects pedals, cables, amplifiers, guitars), selling gear at stores, doing repairs, running sound for major venues and touring acts, and lots more. The arts is often called a ‘portfolio career.’ We have to diversify to make it, but that diversification doesn’t diminish one’s position as a musician. In fact, it informs it and strengthens it while helping the local scene become more lush and complex.”

“What do I do for money?” Ley asked. “Well, I do so many things, and they’re all centered around music and they all add up to one big income. Do I lead with, ‘I teach at ACM, and I’m the program director of the music business department’? Is that my career? Or am I a full-time member of The Flaming Lips, and that’s what I lead with as my career? Both of those things pay me about equally, and they’re both two very large parts of who I am. The reality is I couldn’t do one without the other.”

Ley, who is also a member of Colourmusic and Brothers Griiin, said people often misunderstand the purpose of ACM’s music business classes and what to expect from a career as a musician.

“I talk to parents a lot, and they’re worried about, ‘What is my child going to be able to do with this degree?’ and they ask questions like, ‘Hey, we had lunch at Bricktown before we took this tour at ACM, and the server that took our order is a graduate of ACM. What do you have to say about that?” Ley said. “What I have to say about that is, ‘I did the exact same thing while I was getting my degree and even after that. … [Flaming Lips frontman Wayne Coyne] worked at Long John Silver’s for years, not because he wanted to, but because he could use his brain while he was frying stuff up to think about a new song idea, a new visual idea, the next tour, all these sorts of things. … Why wouldn’t you take a job that allows you all this time and flexibility in your schedule to launch your career? … I just think that there’s a little bit of a stigma altogether around working musicians and what the difference is between somebody who does it full-time and part-time and that sort of thing. It really has to be assessed more on an individual basis and seeing how hard people are working individually.”

“The idea is work begets work.”
—Nicholas Ley tweet this

Through the high points (playing on Saturday Night Live with Miley Cyrus) and “giant valleys” (a period five years ago when Colourmusic took a break) in his music, Ley said, the crucial lesson he has learned is to keep working.

“The common thread through all that is I stayed active no matter what, even if it felt like the floor had fallen out from beneath me,” Ley said. “I think the most important thing is that you constantly be chipping away. Even if it doesn’t feel like what you’re doing right then is going to win you a Grammy or whatever, the idea is work begets work. ... Even though I’m in a band that is fortunate enough to tour the world pretty regularly, I’m still cobbling it together, and I’m still very proud of that.”

To get yet another perspective, we also interviewed Jay Wilkinson, who plays trumpet in Oklahoma City Philharmonic and Boyd Street Brass jazz band, but his primary source of income comes from working at University of Oklahoma as the coordinator of jazz studies. Wilkinson said most if not all of the musicians in the philharmonic have day jobs as well.

“A lot of people wouldn’t know that, but a lot of my colleagues, we wake up in the morning and have a regular workday and then we go work nights in very intense pressure situations until 10 or 10:30 and then do it all again the next day. It’s a labor of love,” Wilkinson said. “Even the principal players wouldn’t be able to live on their salary. Everything has to be supplemented with some sort of a more nine-to-five kind of job, and that varies greatly. We have instrument store owners. We have, obviously, several teachers. You may have a stay-at-home mom or two, so that may count as a primary income, but I don’t think there’s too many of those. Everybody’s involved in something.”

Jazz musicians typically make “spending cash at best,” for gigs, Wilkinson said, and like the rock musicians we’ve spoken with, can commonly make the most money playing in pop cover bands. While Wilkinson’s job at the university provides many creative outlets and time to play in the symphony and a jazz band, he did not have either when he taught at an elementary school.

“I could barely find time to practice,” Wilkinson said. “I got there at 7:30; I got home by 6:30. Pretty typical teacher day, but the main problem with that is after a full day of teaching, most teachers are dead tired. They plop in a chair and can’t move until the next morning. I’m sure there are some that just have impeccable will, but I did not. I really struggled to find practice time. I could not muster the energy, and the idea of being creative or playing recitals or writing music, that’s ridiculous.”

Wilkinson also serves on the executive board of Oklahoma City Federation of Musicians. While most of the symphony musicians are also members of the local union, Wilkinson said he doesn’t know how the union could offer comparable representation for bands playing at local music venues.

“We have spent many, many hours in conversation, trying to figure out a way to bridge that gap for those guys in the clubs and if there’s some way that the union could have a voice for them without alienating all the places that hire bands,” Wilkinson said. “That’s the tough part. We continue that struggle. … The union does protect its players in the symphony, but the club guys don’t really participate in the union. There’s not much we can do. … It’s a difficult situation.”