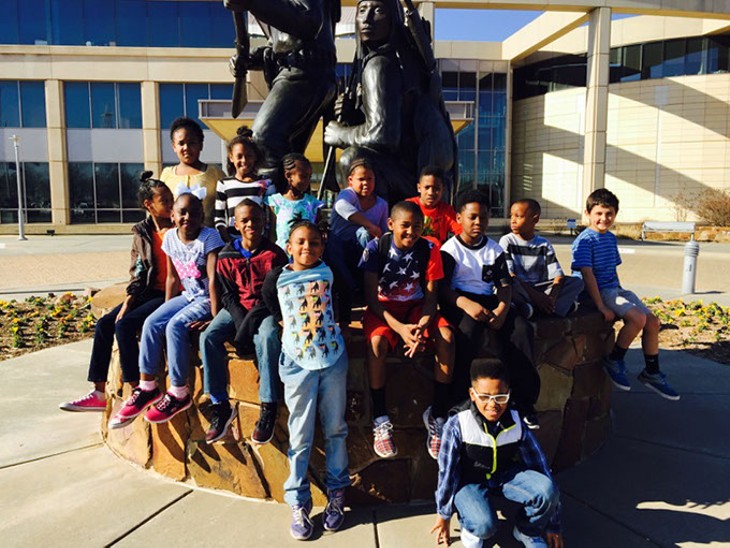 To celebrate 21 years of tutoring and mentoring, Whiz Kids Oklahoma hosts its annual Seeds of Hope banquet 6-8:30 p.m. March 28 at Cox Convention Center, 1 Myriad Gardens. The event raises awareness of the organization, shows appreciation to its volunteers and serves as a fundraiser.

Since 1995, the faith-based, one-on-one tutoring and mentoring program and division of City Care has served first- through sixth-graders across Oklahoma City with high dropout risks and low socioeconomic levels. Whiz Kids helps inner-city students who read below grade level and could benefit from a positive mentor.

The Seeds of Hope banquet honors volunteers who work year-round with children or help with various aspects of the program along with the multiple companies and organizations that support Whiz Kids.

“We’re just looking forward to Oklahoma City coming out and supporting a work that is really serving our city well,” said Bea Jai Webb, director. “It is our goal to really celebrate the generosity from our city for our kids.”

This year’s keynote speaker is Carey Casey, Kansas City-based National Center for Fathering’s Ambassador for Fathers. He also serves on the White House Task Force on Fatherhood and Healthy Families.

“He really encourages the mentors and allows them to know they’re significant,” Webb said. “Our speakers are really big on mentoring, and he truly is one of the best in the nation.”

The evening also features a silent auction with 150-200 items such as Kendra Scott jewelry, works of art, a basketball autographed by the Oklahoma City Thunder team and a seven-day family trip to Orlando, Florida.

The evening’s funds support Whiz Kids sites. Over the past 21 years, the organization has worked with more than 800 students in 29 urban schools and at 29 sites partnered with 70 churches. Currently, it works with schools in six cities.

Webb hopes the fundraising event sparks an interest among individuals to get involved as donors or volunteers.

“We can only provide our services as we partner with local churches to give us a site to operate out of and their members to serve our cause, as well as corporations,” Webb said. “It is a must that we keep the awareness going and to get people to volunteer and to get people to help us provide this needed service.”

During the 2014-15 school year, Whiz Kids had 1,250 volunteers tutoring and mentoring students or working in other capacities within the program.

One is Mercedius Jones, a Boeing electrical engineer who has worked with mentee Joshua for three years. Jones began volunteering with Whiz Kids in August 2013. He has worked with Joshua ever since.

“I saw that I was really helping him, and that’s why I’ve been involved this long,” Jones said. “At the time, I didn’t have my father in my life, so I know now how much positive effect a good role model and a positive male can have on another young male.”

“Right now, he’s working on comprehension,” Jones said. “That’s being able to …  tell what he read and describe what he read from point A to point B. … He’s doing really good so far.”

Jones said Whiz Kids is important to the OKC community because it gives children opportunities to experience positivity they might not see every day and get on the right path.

“Most of these kids are in poverty-stricken areas and there’s a lot of violence,” Jones said. “The importance of Whiz Kids is that you have another adult outside of their family and school that does not have to be there but is showing a child one-on-one interaction and attention. Most kids just need attention and a little extra help.”