Janet Barresi, Oklahoma’s outgoing state superintendent of public instruction, has become a model of what makes a political lightning rod. 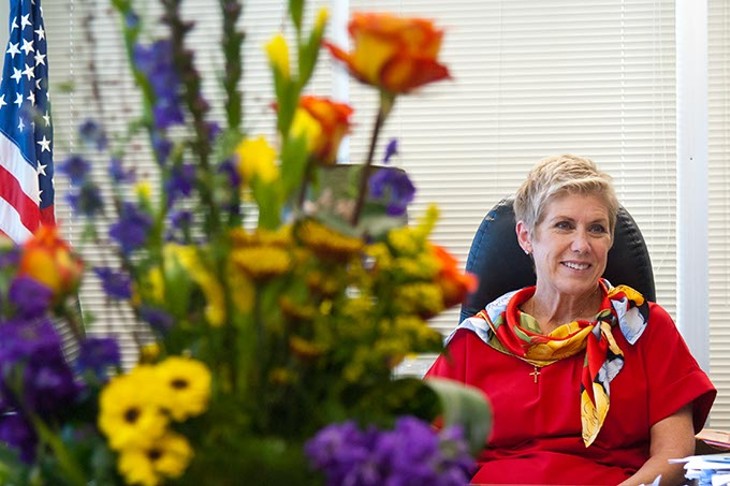 Janet Barresi, Oklahoma’s outgoing state superintendent of public instruction, has become a model of what makes a political lightning rod.

Elected in 2010, her four years in office were marked with battles with legislators over controversial school reform measures and negative press for her sometimes-brash style. Her very name has been used as a dirty word that state office candidates have used against their opponents.

“I found out that the education establishment had one thing to do over the past four years, and that was to get me out of office,” Barresi said in an Oklahoma Gazette interview. “Congratulations. You were successful. But here’s the deal: The covers have come off, and you can’t close them back.”

Barresi lost her primary battle this summer to Joy Hofmeister following a particularly tough legislative session in which a controversial third-grade reading retention bill and Common Core created frustration with many parents and educators.

“Activism becomes easier if there is a big figure who is openly defiant and antagonistic toward the position of the activists,” wrote Brett Dickerson, a local activist who blogs on education. “Janet Barresi has been that bigger-than-life, openly hostile, antagonistic figure for anti-reform education activists in Oklahoma.”

Barresi knew she would face resistance when she came into office, but rather than attempting to win over her opponents through suave political posturing and rhetoric — a style she says she was never comfortable with — she often responded with an unapologetic tone and, sometimes, a few tough words.

Recently, she told a group of teachers to tell opponents to “go to hell” and compared her battle to biblical warfare. In that same video, Barresi acknowledges she is going to “take the hits,” but added, “I don’t care.”

Even after her primary defeat, she did not coast quietly into the background. Her appointment of a new assistant superintendent last month resulted in a flurry of criticism and calls for her to resign, which she refused to do.

“I am not a politician. I had never run for political office [before this job], and the only reason I ran for this office is because it’s an elected office; you can’t get appointed,” Barresi said. “I always told myself that I will not conduct myself in office in a way that ensures I get re-elected.”

When asked if she had ever been advised to modify her demeanor, Barresi smiled and looked at an advisor in the room. It was telling and indicated that she regularly has conversations with her staff on how her positions and tone could cost her on Election Day.

“But that means I would have to play politics with adults and make adults happy,” Barresi said. “I won’t do that.”

Barresi said she found an office four years ago that had been run by the “education establishment” and she believes it will go back to the way it was no matter which candidate is elected next month.

‘I believe in Oklahomans’

Barresi said her time in office generated positive change for education in Oklahoma, and she believes the people of this state are more aware of the challenges that face students.

However, with her time in office ending sooner than she would like, she also believes the state’s education system is at risk of losing ground.

“I believe in Oklahomans, and I believed they were just tired of this state being in bad shape,” Barresi said. “This is a tough conversation, but what I have to get Oklahomans to understand is the rigor is not there in our schools.”

Barresi said the state’s expectations of its students are too low.

“This was a state that was awash in low expectations for what kids could do, and it was stunning,” Barresi said.

“As I interacted with Oklahomans ... it was frustrating when you tried to bring the good news of what is possible in education reform in our state. People said not every kid needs to go to college, or they would say kids just need to get a high school diploma and get to work. If you consider what the future holds for the state, career-ready and college-ready must mean the same thing.”

Pushback on standardized tests also put Barresi at odds with many teachers and parents, but she is adamant that they are necessary to improve education.

Low literacy performance by students statewide was another issue Barresi said she had to fight to address. “I was shocked at the level of literacy when I came into office,” Barresi said. “Not many teachers are teaching phonics- based reading. That’s a big problem of why kids are frustrated with reading.”

She also said that some students need more help than others, and soon.

“When we see that a kid is behind in reading, we need to give them the gift of time to master that skill. If a child is not given the time ... the child is never going to be able to catch up. That’s why I argued for third-grade retention,” she said.

Performance-based funding, school choice and new academic standards also are issues Barresi supported, despite pointed opposition, which she admits might have played a role in her defeat.

But Barresi also said she has one regret: The state will lose a level of frankness and courage from the superintendent’s office after she is replaced by either Hofmeister or Democrat John Cox in January.

“People say we need to come together and talk about what needs to be done, but we’ve been doing that for 25 years. We know what we need to do,” Barresi said. “We need to stop being afraid to continue to work and make the hard choices that it will take to actually move our state forward.”