Several area restaurants are capitalizing on the trend by offering special lists as part of their New Year’s Eve events. 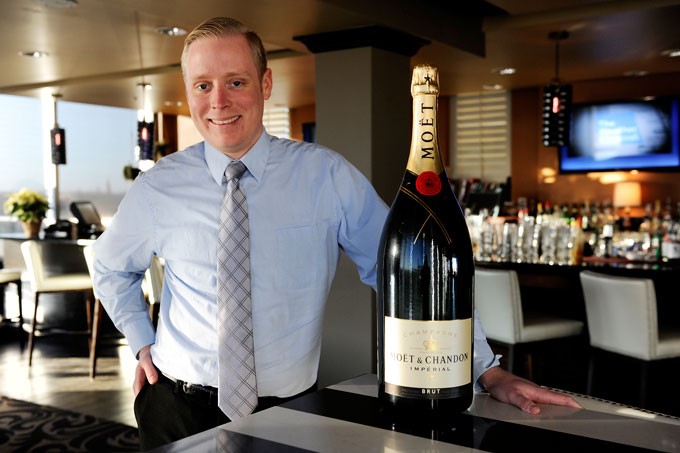 New Year’s Eve is indisputably the biggest night of the year for sparkling wine. While people will buy bubbles for personal celebrations throughout the year, fully one-third of sparkling wine sales happen in the last eight weeks of the year. That means people who don’t normally try sparkling wine — which includes cava, Champagne, prosecco and other styles — will give them a try as part of the year-end celebration.

Several area restaurants are capitalizing on the trend by offering special lists as part of their New Year’s Eve events. O Bar in the Ambassador Hotel, 1200 N. Walker Ave., will be celebrating its very first New Year’s Eve in business with a Gatsby party. The entire seventh floor of the hotel will be a wall-to-wall celebration featuring live music, light snacks and Champagne.

Bar manager Jeff Cole said there will be a $20 cover due to the volume of requests for the event, and the festivities should start about 9 p.m. and last until after midnight.

“We will be featuring Moet & Chandon at a great price, and we’ll have a complimentary toast at midnight,” Cole said.

The bar’s rooftop patios will be open, and weather permitting, the toast should feature an amazing view of downtown.

The rooftop view from Packard’s New American Kitchen, 201 NW 10th St., is also stunning, and a midnight toast will take place in its rooftop bar as well. John Ross, managing partner at Packard’s, said the restaurant will have a full menu that night as well as some feature items by executive chef Chris McKenna.

In addition to the normal selection of bubbles that includes Mercat Brut Cava and Sommariva Prosecco, bar manager Nick Schaeffer created a list of premium Champagne, including three “grower Champagnes,” a designation indicating the wine is produced from grapes grown by the winery, a rare thing in Champagne. The New Year’s Eve list features Gonet-Medeville, Pierre Peters, and Pehu Simonet, all outstanding examples of grower Champagnes.

Bin 73 Wine Bar, 7312 N. Western Ave., is one of an increasing number of bars that is offering single-serving bottles of sparkling wine. Called 187’s (.187 ml) by people in the industry, the twist-top bottles fill exactly one glass and eliminate waste. Bin 73, too, will have live music for New Year’s Eve, featuring local artist Curt Hill.

General manager Candice Pugh said Bin 73 will have single-serving bottles of prosecco, American sparkling wine and Champagne for the evening. The 187 makes it convenient to try an outstanding French tradition like Nicholas Feuillatte Brut Rosé at far less than half the price of a full bottle.

Fittingly, Red PrimeSteak, 504 N. Broadway Ave., will offer Gérard Bertrand Code Rouge for New Year’s Eve. The unusual blend of grapes comes from an area outside Champagne, thereby allowing winemakers to experiment with grape blends. In this case, the Code Rouge is a blend of chardonnay, chenin blanc and mauzac, a very unusual but uniquely delicious combination.

Print headline: Sparkle on, Local establishments load up on champagne and other sparkling wines to ring in 2015.