Bud Scott, executive director of Oklahoma Cannabis Industry Association, said much of the backlash after HB2612 passed could have been avoided. 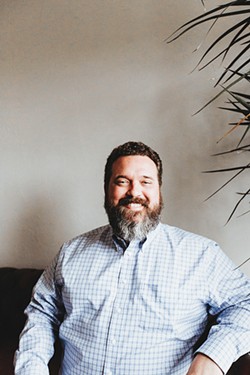 Oklahoma Cannabis Industry Association executive director Bud Scott knows what the major issues are with House Bill 2612 because he authored the 400-page bill that became much of the architecture of the “unity bill.”

Scott said he expects many concerns to be addressed before the legislative session closes, but not all of them.

“We have to be realistic. It’s politics, so you know it’s all a game of compromise and identifying what is possible,” he said. “I think that the major stuff can be done this legislative session, a lot of the cleanup stuff on [HB]2612.”

There are myriad issues that need be resolved, such as building codes and taxation. Scott said much of the confusion currently surrounding the industry could have been avoided if lawmakers had gotten ahead of them as he had suggested.

“[HB]2612 came out of the language that I had originally drafted for 2018’s legislative session because we were trying to put a program in place during legislative session preempting the vote on [SQ]788,” he said. “So once the election happened, then we would have a whole program ready to go. And that 60-day time period set up for under [SQ]788 would have been no problem. We’d have had it all set and ready. Well, the Legislature thought that they were going to beat it. And I told them, I was like, ‘Look; we’re confident on this and we’re running the campaign, so I think we’re going to succeed.’ But they opted not to do anything and the whole teachers strike had happened, so their appetite for really doing much was pretty low.”

A lawyer by trade and experienced in politics, Scott has positioned himself as the go-between for the more than 200 businesses the OCIA represents and the lawmakers governing the medical cannabis market as it matures.

After SQ788 passed, Scott’s organization, New Health Solutions Oklahoma, evolved into OCIA, and he worked to whittle his 400-page omnibus bill down to about half its length. Large portions of that went on to become HB2612, or the “unity bill,” this session, though Scott’s hope and intent was to have it implemented last year.

“I tried to cut out as much as possible because I understood the Legislature did not want to do a giant bill,” he said. “Well, then the working group decided they weren’t going to do a special session and what we told them publicly and privately was, ‘If you do not take substantive action before issuing commercial licenses in August, then we’re not going to want most of this because, at that point, you’ve opened up a total laissez-faire kind of free market program and we go to legislative session in 2019. That means there will be some six, seven, eight months of business operations under this fairly loose program, and if you come back and try to implement this stuff that we were proposing, a lot of it wouldn’t make sense.’

"We have to be realistic.
It’s politics, so you know it’s all
a game of compromise and
identifying what is possible."
—Bud Scott tweet this

“For example, the provision that grants the health department/OMMA the ability to revoke your license, suspend or not grant a license ‘for any reason determined by the agency.’ Well, that’s an issue. No agency is really granted that kind of unilateral authority. But this could easily be fixed because one amendment to that language would be ‘for any identified violation of the laws or regulations.’ It’s very straightforward. It’s what was meant by that. But that granted an enormous amount of authority that’s really unseen with other agencies. So, you know, that’s an issue that will get addressed. Won’t be a problem.”

The Legislature had initially planned to break up cannabis regulation post-SQ788 into a series of about 20 bills with  each addressing a specific issue, but just before the legislative session, lawmakers decided to craft HB2612 and introduce it early in the session.

Scott compared what the Legislature did to excising random chapters from a novel and then publishing it.

“They basically cherry-picked sections from our previous proposal and then added language in as well and so you were left with this hodgepodge,” Scott said. “So they took chapter one, and chapter five, and chapter seven and chapter 32 and then added stuff, so you had a lot of inappropriate definitions that weren’t referenced anywhere else in the document.”

That is why issues have arisen after HB2612 was signed into law, like residency requirements for dispensary owners and management with no language about grandfathering in business owners who have invested thousands, and in some cases millions, of dollars into their enterprises.

“I’m not sure if it was because of the rushed nature or the fact that there weren’t a whole lot of eyes on this document as it was moving forward, but there was an agreement between the members of the working group and between the House and Senate leadership that [HB]2612 would not be amended in either chamber. Once it came forth from the working group, that was that,” he said. “The unfortunate part of that is we had been providing red lines, edits and comments addressing all of these issues. And very few of them were addressed. I’m not talking as a lobbyist here; I’m talking as an attorney who has a commitment to well-written legal work. So I wanted to make sure that all of these documents were done right. And unfortunately, they aren’t. There’s a lot of these just kind of editorial and statutory reference issues. There’s really basic things that weren’t addressed that needed to be addressed. There was no emergency clause on it, so the bill doesn’t even go into effect until probably August.”

Moving forward, Scott hopes to broker conversations with lawmakers before they codify law that places burdens on hundreds of cannabis industry players but also affects the millions of dollars they have at stake in the state’s newest industry.

“So a lot of the things that we as the industry, as well as the regulatory bodies, were asking for are still an issue because it’s not law yet. So that’s a big problem,” Scott said. “There’s efforts now to go back and identify certain sections that we can basically restate and add emergency clauses on. But this is where we would just encourage policymakers at any level — city, state, federal agencies — to take their time with this and make sure it’s done right so we don’t have to go back and fix it. Because it’s much harder to fix policy than it is to develop in the first place.”