In Automobile Alley, Magnolia Bistro serves some of the finest Cajun food in Oklahoma City. 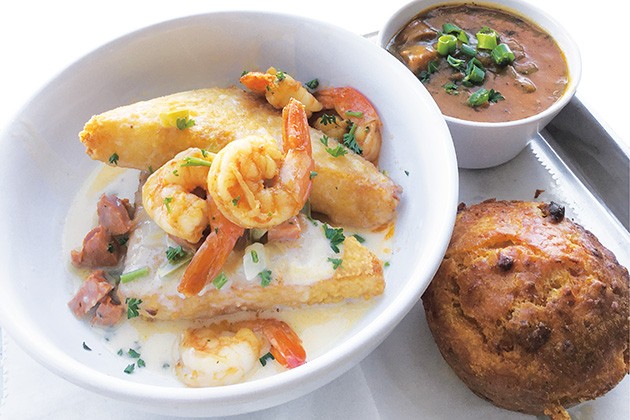 What works: The étouffée and gumbo have depth of flavor, and the jalapeño cornbread is unique and tasty.
What needs work: The shrimp and grits need more acidity.
Tip: It’s only open for lunch Monday-Friday.

In a corner restaurant in Automobile Alley that’s only open for lunch on weekdays, Magnolia Bistro offers the best Cajun food in Oklahoma City.

Quickly building off the success of Brielle’s, Johnson and wife Kaylee opened Magnolia in the location formerly occupied by Fit Pig in the summer of 2019. Johnson has years of experience in the culinary field. He grew up in Florida but is attracted to Cajun-style cooking that brings with it a pan-Southern flair with items like South Carolina low-country shrimp and grits and honey-lime wings.

Johnson operated King’s Catering & Cuisine for some time but failed to attract a regular lunch crowd despite doing well on the catering side. Attracting a crowd hasn’t been a problem since he opened Brielle’s Bistro, though. People have flocked to Brielle’s, where they mix all-day breakfast with cocktails, Cajun-inspired dishes and plenty of in-house baked goods.

Brielle’s is named after Johnson’s daughter who suffers from the rare condition arthrogyrposis multiplex congenita, which has required multiple surgeries to strengthen the use of her extremities. The love with which Johnson cooks at Breille’s is evident in how he has trained staff at Magnolia.

He stays out in Midwest City most days while his wife and other members work in Automobile Alley. I first went to Brielle’s in May of last year and was very pleased with both the service and quality of food served out in Midwest City. 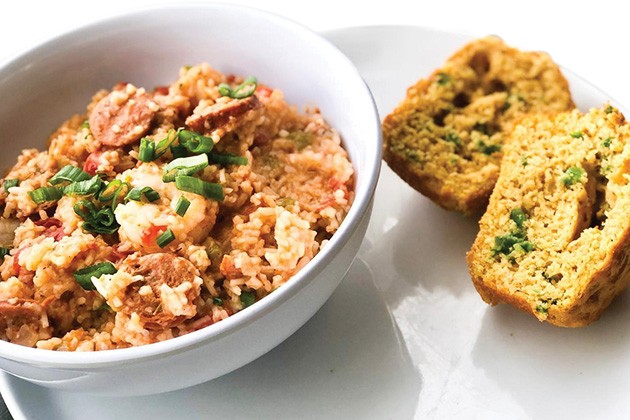 Magnolia Bistro is a restaurant after my own heart. I lived in Mississippi for over a decade and made many trips down to New Orleans. Cajun cooking is heavily in my rotation at home, and that’s mostly where I like to enjoy it because most restaurants around here don’t satisfy my itch.

While Brielle’s has a lot of dinner-type menu items, Johnson pulled out all the stops to make Magnolia Bistro a restaurant that can be proud to represent Louisiana’s state flower.

“The spice level will be higher over than at Brielle’s. It’s handcuffed me out there,” Johnson told me just before it opened. “But [at Magnolia], we’re able to do it.”

It’s a cozy restaurant with limited seating. There are only a handful of tabletops and a long bar section by the front windows. Customers place their order at the counter at Magnolia, and the service from the kitchen is quick, making it the perfect chance to get a high-quality meal downtown on your lunch break.

If there is a downside to Magnolia, it is the limited seating and the fact it is only open 10:30 a.m.-2:30 p.m. Monday-Friday. On a recent visit to the restaurant, from ordering at the counter to being done with the meal, I was out in less than 30 minutes. The food was good enough to linger and talk with friends, but I was on a tight schedule, which I imagine is a similar situation for a lot of folks working downtown.

I started the meal with a cup of chicken and sausage gumbo ($4.49). With a thick, dark roux as a base for the gumbo, it’s in contention for the best offering of its kind in the city. The sausage was seared for extra flavor, and a few dashes of Louisiana hot sauce got it to the spice level I wanted. I had to fish to find the rice, but it was there and cooked well. 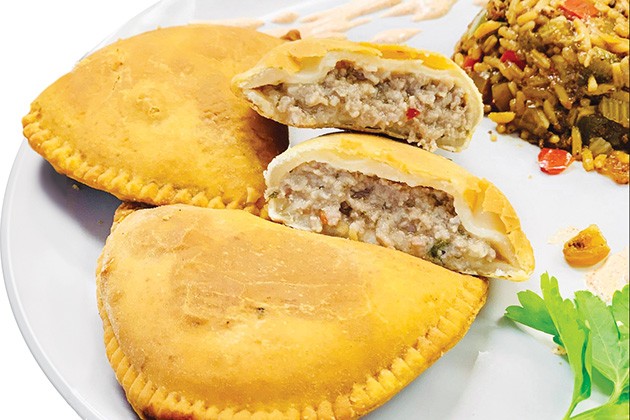 The item that caught my attention is Johnson’s spin on shrimp and grits, but Magnolia Bistro deep-fries a grit cake and pairs it with a cream sauce with the holy trinity of onion, green pepper and celery with chunks of Andouille sausage. The shrimp was well cooked, but I think the fried grits are something that sound better in concept than reality.

I appreciate Johnson for thinking outside the box from the standard shrimp and grits, which you can now find at menus across the city — even ones that traditionally don’t serve Southern food. I missed the creamy texture of the grits paired with the shrimp, and the sauce didn’t really provide it, especially since it missed the opportunity to cut through the cream with tomatoes.

I also tried an order of Magnolia’s blackened catfish in crawfish étouffée. I liked the étouffée at Brielle’s Bistro when I dined there, but I thought Magnolia’s version was even better. Johnson wasn’t lying when he said the spice level is higher, and it also benefitted from less whole chopped pieces of pepper — more of it melted into the sauce for flavor. The catfish was of high quality and did not taste too “fishy.”

I tried three different side items from Magnolia: the jalapeño and crawfish cornbread, red beans and rice and lobster macaroni and cheese. The cornbread certainly isn’t a traditional, but it was excellent — bursting with paprika and other spices, plus whole chunks of crawfish. The lobster macaroni and cheese is also a must-try; it’s luxurious and creamy with large chunks of lobster. The red beans and rice left a little bit on the table; it was actually only kidney beans (I usually make a mixture of kidney beans and red beans), but the sauce was fairly thin. I make a meatless version but like to thicken it up with tomato juice.

There’s so much left I have to try on Magnolia Bistro’s menu like Who Dat! Po Boy, which is a 12-inch baguette with blackened shrimp, lump crab, fried green tomatoes and remoulade sauce ($17.29), and the Natchitoches Meat Pie that is a Louisiana version of an empanada filled with meat and rice.