Beauty and the Beast's live-action remake is gorgeous, if unnecessary 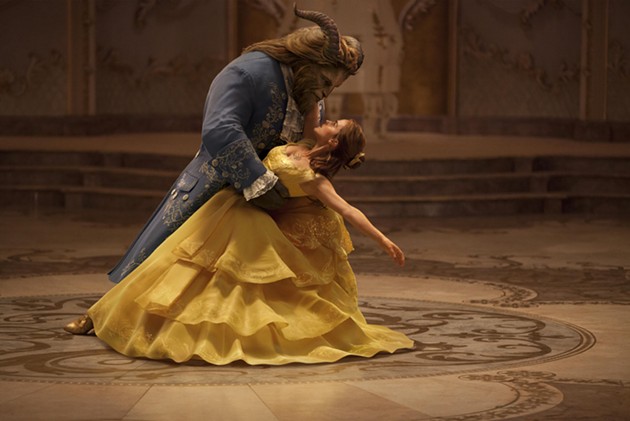 I came into this ready to fight this one, you guys. It’s one thing to retell a fairy tale dating back centuries. It’s something else entirely to remake what many, myself included, consider to be the definitive interpretation.

And yes, Beauty and the Beast is largely redundant, mainly providing a new coat of paint on a tried-and-true vehicle, a true “been there, done that” if there ever was one. However, I forgot one crucial element. All it takes is for that precious, copyrighted Disney magic to kick in for a brief millisecond for one to remember almost instantaneously why this tale truly is one as old as time.

In my defense, this was by no means a foregone conclusion. Too often, the reincarnation of a beloved property leads to a clunking nostalgia-fuel zombie rather than a rejuvenated phoenix. Matters weren’t strengthened in this instance, as the 1991 original animated film arguably represents the high point of the much-lauded Disney renaissance (beginning with The Little Mermaid and ending with Tarzan), the very first animated film to ever receive a Best Picture nomination at the Academy Awards.

While I favor Disney’s approach with last year’s Pete’s Dragon in allowing an auteur to reimagine a film few remember, I can’t necessary fault their approach here. The original film represents a hallmark in feature animation, and it might be well over two decades old, but it remains ever-present thanks in no small part to the behemoth that is the Disney marketing machine.

For those concerned there might be too many changes in the transfer from animation to live-action, fret not. For better or worse, this remake does little to get in the way of what worked so well for its predecessor.

We have Belle (Emma Watson), a small-town bookworm who dreams of more. Her father runs afoul of the local Beast (Dan Stevens), who might just have a bit of an attitude problem. Before you know it, she switches places with her father to be the Beast’s captive of all time. Through the help of some whimsical transmogrified servants turned furniture combined with her natural cheery disposition, Belle finds there might be something there that wasn’t there before.

Director Bill Condon has assembled considerable wealth of talent for this endeavor both on and off camera. Alongside Watson and Stevens, Luke Evans, Josh Gad, Kevin Kline, Ewan McGregor, Ian McKellen and Emma Thompson appear in one capacity or another. The production and costume design is nothing to glance over either, with all $160 million of the film’s estimated budget completely evident on screen.

But for all the bells and whistles, I’d be lying if there weren’t multiple moments I found myself wishing I was watching the earlier film. Chalk it up to personal preference, but there is a special liveliness and scope to animation that live-action filmmaking will never truly replicate.

Is any of my cynicism going to deter moviegoers from flocking en masse? No, and nor should it. Beauty and the Beast has never been a story meant to speak to a higher purpose or break new ground in storytelling. When those iconic songs written by Alan Menken and Howard Ashman queue up, even the frostiest of hearts should melt just a bit.

My only fear is, encouraged by an obviously massive box office return, Disney will just continue to pillage its own library and remake films they got right the first time with no discernible differences between each version. I foresee a flood of cinematic silver medals in which we have serviceable albeit pointless films that do little other than mine that sweet, sweet Disney magic. It’s not the worst thing in the world, but not the most engaging either.

As far as silver medals go though, Beauty and the Beast could have been much worse.