Before the first pitch, OKC Dodgers focuses this season on serving its diverse fan base. 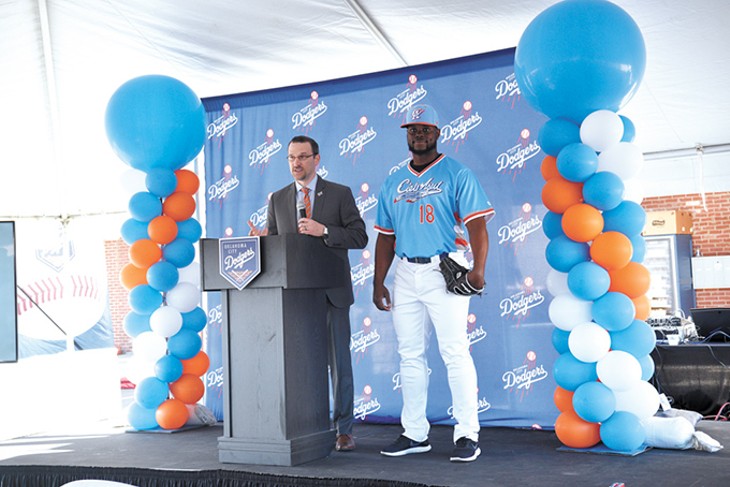 It was the response many expected because the Mexico-born former Los Angeles Dodger accomplished much in his baseball career. He was Rookie of the Year and is a Cy Young Award winner and a World Series champion. Valenzuela captivated baseball fans, but especially Mexican and Mexican-American baseball fans. When the Oklahoma City RedHawks switched affiliations to the Dodgers in the 2015 season, the Hispanic audience began to boom at Chickasaw Bricktown Ballpark, said Michael Byrnes, president and general manager of the OKC affiliate since 2010.

In the offseason, when the Oklahoma City Dodgers organization was approached by Minor League Baseball (MiLB) to participate in the 2018 Copa de la Diversión, translated to “Fun Cup” in English, it was the perfect initiative to join. This season, 33 teams, including Oklahoma City, will celebrate their multicultural fan bases through a culturally relevant game day experience in which teams trade their traditional names and uniforms for on-field personas representing their regions’ Hispanic heritage.

Valenzuela served as a key inspiration to the OKC Dodgers, the Triple-A affiliate of the Los Angeles Dodgers. For eight Copa de la Diversión games at Chickasaw Bricktown Ballpark, the OKC team will don the name Cielo Azul de Oklahoma City — which translates to “Blue Sky” — and wear corresponding uniforms.

“There were a number of inspirations we drew to arrive at this,” Byrnes said. “One was the Los Angeles Dodger great Fernando Valenzuela. … He looked to the sky during his windup to deliver each pitch. We have a nice nod to Fernando. In Oklahoma, we have wonderful vast blue skies and we wanted to pull on that imagery and really embrace that as this persona.”

The Cielo Azul logo pays homage to the scissor-tailed flycatcher, Oklahoma’s state bird. During the May 31-June 3 series against Omaha Cazadores de Tormentas and July 27-30 series against El Paso Chihuahuas, fans will find special menu items like tamales and hear mariachi music. Byrnes said it’s all a part of the Dodgers’ efforts to bring the deep roots of Oklahoma City’s Hispanic culture alive.

According to an analysis by ESPN Sports Poll, more than 18.2 million U.S. Hispanics say they are fans of MiLB with 1.87 million reporting they attended a game in 2016. Based on MiLB’s recent efforts to attract Hispanic fans, the league estimates this season’s initiative will attract 106,000 first-time Hispanic fans and generate $3 million in new revenue.

In Oklahoma City, Byrnes said the Dodgers have embraced the sizable Hispanic fan base. Last year, through a partnership with Supermercados Morelos, Dodgers players hosted a clinic with local youth players. On Cinco de Mayo, when the Dodgers faced off against the Colorado Springs Sky Sox, folkloric dancers performed and fireworks followed the game.

“The Dodgers in Los Angeles have always had great connectivity with Hispanic fans,” Byrnes said. “We certainly felt that when we transitioned to the Dodgers in 2015. This is an opportunity to be more immersive and be more authentic. When we began the process, we wanted to do more than add Los in front of our name. We wanted it to be localized and be part of Oklahoma City’s DNA.” 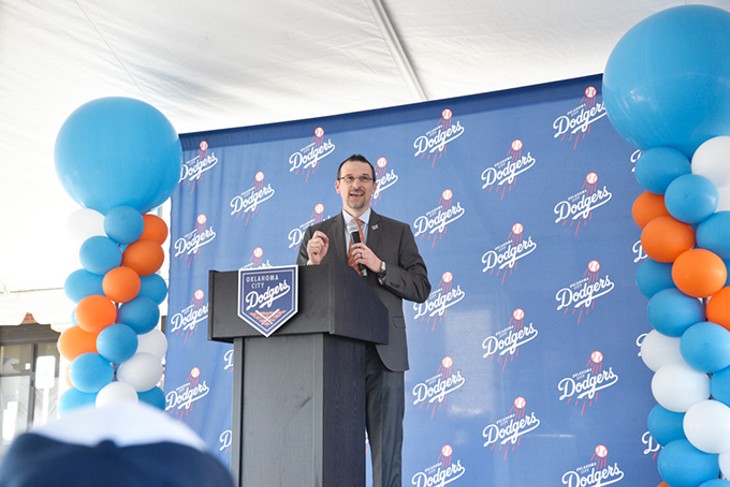 Like the Copa de la Diversión initiative, the OKC Dodgers Rookie League is another unique opportunity for the minor league team to connect with its fan base. After learning that Oklahoma City Parks and Recreation was forced to cancel its youth baseball league due to low participation in 2017, the OKC Dodgers swooped in with a large donation of jerseys, hats and other resources, reducing participant cost and removing a key barrier keeping some children from playing.

“Our expectations are right in line with the OKC Dodgers. We want this to happen,” said Douglas Kupper, Oklahoma City Parks and Recreation director, at a press event at Eugene Field Elementary School in February. “We know that kids who participate in a sport, whether it is actively participating or on the sidelines, that they learn confidence. A more confident student is … a student who is willing to raise their hand and become more involved in student activities.”

The Dodgers have a long history of being community-oriented, but this past offseason, the organization took it to another level, holding discussions on how to expand its presence and active role in the community, Byrnes said.

“The rookie league is really going to come to life soon,” Byrnes said. “We’re excited for it to begin, and we’ve had a great response.”

The OKC Dodgers start the season Thursday, playing their first five games away from Bricktown in Iowa. They return to The Brick Tuesday for an opening night game against Texas’ Round Rock Express. The games continue through early September.

Last season, the Dodgers finished with a 72-69 record; the sixth-straight season an Oklahoma City team ended the summer with a winning record. Bill Haselman, the former Oklahoma City catcher, returns as manager of the team for the third consecutive season. 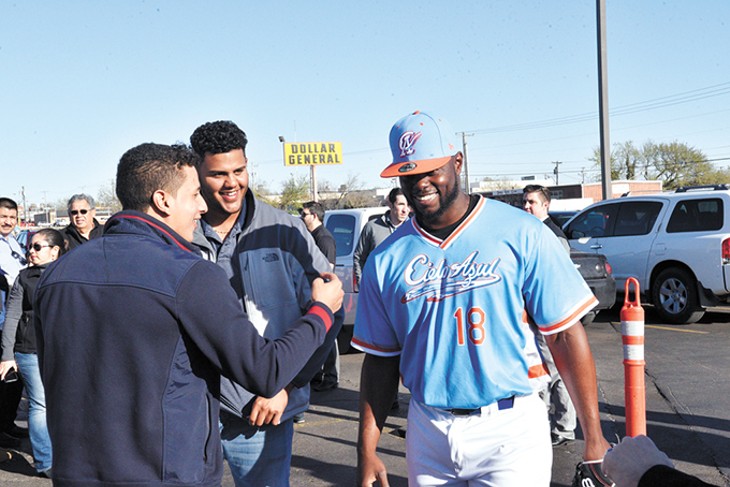