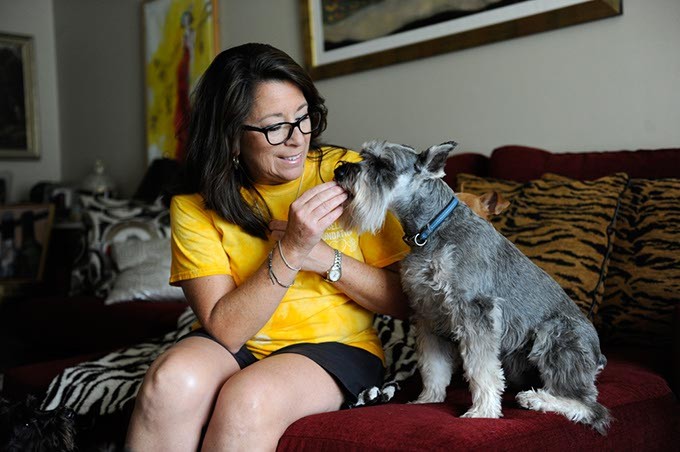 About 10 years ago, a little dog named Bella became the inspiration for what is now one of Oklahoma City’s premier animal charities. Through the years, The Bella Foundation’s mission has remained the same: to help Oklahomans who cannot afford veterinarian bills to care for their pets.

“Our founder, Eric McCune, had just adopted Bella from a local shelter. Unfortunately, she died only a couple of days later,” said Cherokee Ballard, vice president of The Bella Foundation. “That is when Eric decided he wanted to do something to make a difference.”

Over the past decade, the foundation helped thousands of Oklahomans, and it recently adopted its 5,000th dog. At any one time, the organization helps care for around 200 dogs, cats and even pot-bellied pigs.

“The pets in the Bella Foundation family are loved and cared for in the homes of our foster families,” Ballard said.

Currently, the group does not have its own facility but hopes a business, community leader or local resident will help them find one.

“We would like to secure funding soon,” Ballard said, “or hear from a generous Oklahoman who loves animals and is willing to provide a building to us at no charge so we can continue to provide our assistance.”

Ballard became involved with the foundation as a reporter at KFOR-TV. She was asked to emcee an event, A Dog Walk in the Park, and while she said she routinely received similar requests, that particular event really hit home.

“I am not sure how Eric found out I was an animal lover, but I immediately accepted the invitation and have been involved with the foundation ever since,” Ballard said of joining the organization in 2007. “In 2011, Eric sent me a picture of three schnauzers found in a box outside a veterinarian’s office. They were so tiny, so fragile and so sick. That picture was so heartbreaking, and it’s still on my computer to this day. I went to the vet’s office to see those little dogs and ended up falling in love with all of them. Two weeks later, those fuzzy-faced puppies came to live with my husband and me forever.”

After adopting the dogs, Ballard said she was asked to serve on the group’s board of directors, and that is a responsibility she takes very seriously.

“Whether it’s an animal in need of cancer treatment or a dog that’s been hit by a car, many pet owners face a grueling decision when emergencies happen and many times it comes down to money,” she said. “We see so many cases where pet owners are brought to tears, scared they might have to surrender their pets, or worse yet, consider putting them down because they can’t afford to pay for whatever treatment or help is needed.”

Recently, a pet owner contacted the foundation looking for someone to care for his pets while he sought medical care. She said he wouldn’t leave his pets until he knew they were safe and would be well cared for.

“We were able to help him and really provided peace of mind, knowing his pets were going to be all right while he was getting much needed help for himself,” she said.

Many times, surgeries or treatments can cost pet owners thousands of dollars.

“We provide a much-needed resource for people when they are faced with a tough decision: Pay my vet bills or buy groceries,” Ballard said.

The foundation receives backing from adoption events, grants, fundraising efforts and private donations, and every dollar it receives is put to good use. So far this year, Ballard said it has paid out more than $5,000 each month to help to heal and cure animals through its veterinary assistance program.

It also offers Bella Buddies, a program that dogs to schools to teach youth about responsible pet ownership.

“We are growing so fast and are really looking for big donors — people willing to give us more than $100 here and there,” she said. “Of course, every little bit helps, but we’d like to have those $10,000-and-up donors.”

She said anyone can give with a one-time or monthly donation and by telling friends about the foundation.

“We will take all the help we can get,” she said.

One of the foundation’s biggest fans is Oklahoma City musician and The Flaming Lips frontman Wayne Coyne. Ballard said he and pop artist Miley Cyrus recorded a cover version of the 1967 Beatles classic “Lucy in the Sky with Diamonds” and donated sale proceeds to the group.

“Wayne was going to be the recipient of our Top Dog award,” she added. “We were hoping to have him as our guest at our annual fundraising event.”

However, the late-October event, Barkside of the Moon, had to be postponed, Ballard said.

“We desperately need donations to help us continue our mission now and for the rest of the year,” she added. “Oklahomans are so generous when it comes to helping animals and helping us help them. … We really need a place to call our own, a building where we can do our events, hold vaccination clinics, adoption events. That would be fantastic.”

“I don’t know where these names come from,” Ballard said. “But I can’t imagine life without my pets. I also can’t imagine not being able to care for them. For that reason alone, I’m forever grateful to The Bella Foundation, because every little life is amazing.”