Back in the hands of its founder, Bellini’s Ristorante & Grill offers diverse and expansive Italian and seafood offerings. 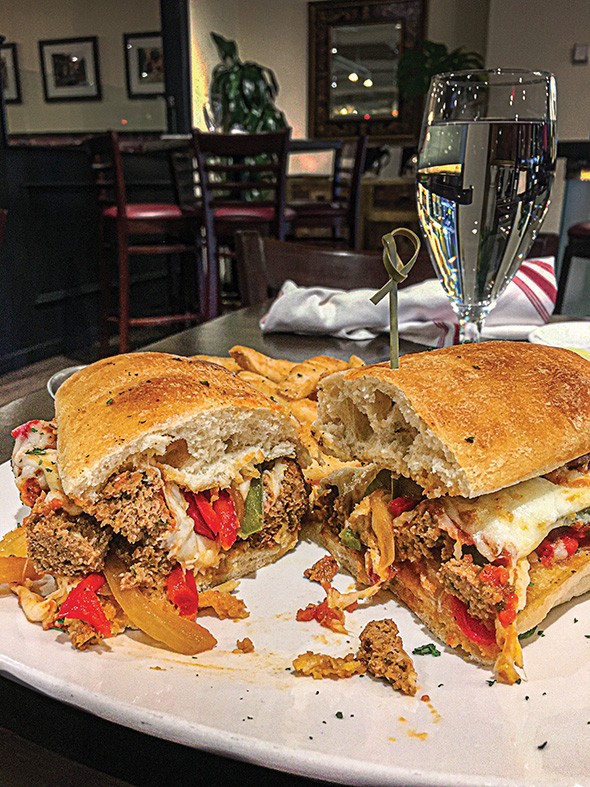 What works:The meatballs are tender and the lobster bisque is a balance of cream and seafood stock.
What needs work:The bread on the sandwich got a little soggy.
Tip:Its patio makes for a perfect brunch destination.

Over three decades, veteran Oklahoma City restaurateur Tommy Byrd has opened concepts all over the metro, but there’s nothing like coming home again.

Byrd opened Bellini’s Italian Ristorante & Grill at the Waterford Properties office complex in August of 1990 and sold the restaurant in 2010 as he opened his second Tommy’s Italian-American Grill on W. Memorial Road a year later.

When Diana Buthion closed Bellini’s Underground in March of this year, the opportunity to return to the space he helped start was too much to pass up for Byrd. He sold the building that housed Tommy’s to Emerging Brands, a group with whom he has worked in the past, who turned it into the fifth metro location.

A full renovation was completed for the Bellini’s space in just eight weeks that put in a new bar, overhauled the kitchen and generally made the space brighter, placing an emphasis on its patio overlooking the complex’s water feature. The new (old) Bellini’s opened in June.

“We’re thrilled to death to be back; it’s like coming home,” Byrd said. “We’ve got customers that you knew growing up and their children. It’s kind of just a neighborhood restaurant and always was.”

I’ve lived in Oklahoma City less than three years, so I have no experience with the original iteration of Bellini’s and never dined there when it was Bellini’s Underground, but I always wondered about the restaurant when I drove past it at NW 63rd Street and Pennsylvania Avenue.

The first thing I wondered was, How do I even get to the restaurant? Little things like that can prevent people from going to an establishment. From the intersection, you can see Bellini’s on the ground floor of one of the office buildings, but there’s no (apparent) street access. It turned out be much ado about nothing because if you enter the Waterford complex from its entrance on Pennsylvania Avenue, there is a Bellini’s sign directing drivers to enter the first parking garage on the left, and there are designated parking spots for the restaurant on the north end of the parking garage.

Guests enter the restaurant through the parking garage and find a restaurant space that lives up to Byrd’s vision to brighten it. I stopped in for a lunch service, and it has a lot of natural light pouring in from its patio windows, and the ceiling has been raised to the rafters, which helps create more space.

Bellini’s has a dedicated menu for lunch and brunch, but the entire menu is available all day, and it’s the thing that stands out. Normally, I would feel anxious about a restaurant with a huge menu. It’s generally a bad sign because it’s difficult for a kitchen staff to pull off every dish on a consistent level, but I think Bellini’s has an advantage because Byrd has worked with the same staff for at least 16 years.

“All of those guys have been with me and know everything on the menu,” Byrd said.

The full menu is almost 80 items, and it’s basically a greatest hits of menus from the original Bellini’s and Tommy’s. Byrd said his daughter sat down over a weekend and looked over every menu they’ve done at the two concepts and made a list of her favorites.

“We’ve had so many comments from customers like, ‘So glad you brought back this dish or that dish,’” Byrd said.

Pizza is baked in a deck oven on hand-tossed dough made fresh daily, and the same goes for focaccia bread.

“We still do it the old way with fresh sauces every day,” Byrd said. “Everything is made to-order. It’s kind of old-school, but it’s the way we like to do it, and the customers seem to appreciate it.”

I’d like to return to try some pizza and pasta dishes, but for lunch, I couldn’t pass up a meatball sub served on a grilled herb loaf with marinara sauce, sautéed peppers and onions with melted provolone. I also tried an appetizer of artichoke dip, a cup of lobster bisque and a Caesar salad.

My only complaint for the meal is that the bread got a little soggy under the weight of its ingredients. I might toast it under the broiler rather than put it on the grill. The meatballs are made in-house and were tender, but my favorite part of the sandwich was the accompanying fries. They had a crispy, well-seasoned exterior with an almost creamy interior, like a crispy baked potato.

I’m glad Bellini’s is back because it offers a unique dining setting that makes it a perfect brunch destination and has plenty of dinner appeal for families because its menu is sure to have something for everyone.