Bernadette Peters prepared to offer Oklahoma City 'a mixture of everything' 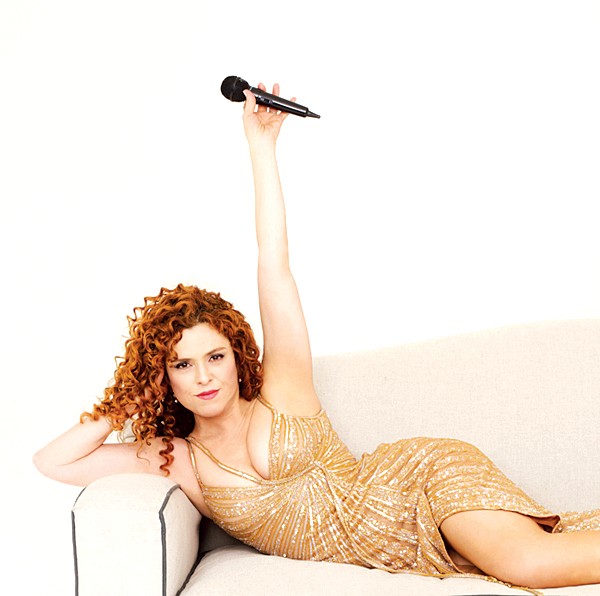 Peters has had a varied career since she was first cast in a television show at age 3. While she went on to carve out a formidable spot for herself in American film and television comedy, at this point, her success on Broadway overshadows everything else. She has been nominated for seven Tony Awards, winning two. She also was nominated for nine Drama Desk Awards, winning three.

Peters also is considered the leading interpreter of Stephen Sondheim’s music — she premiered the role of The Witch in Sondheim and James Lapine’s classic Into the Woods when it opened on Broadway in 1987.

In an Oklahoma Gazette interview, Peters described her upcoming performance as “a mixture of everything.”

“I take people on a musical journey,” Peters said. “I’m there to entertain, and that can be in a funny way or a dramatic way; hopefully I’ll surprise both the audience and myself. We are in this place together to have an experience. I do a lot of Steve [Sondheim] and Rogers and Hammerstein, and I sing Peggy Lee’s ‘Fever’ on the piano. I don’t play it; I lay on the piano.”

And there’s that Betty Boop giggle.

Amid her Broadway work and her concerts, Peters also has gone back to her television roots by appearing in the Amazon comedy series Mozart in the Jungle. It was renewed for a third season.

Peters said she was attracted to the project because of the people involved. The first episode was co-written by Tony-nominated director Alex Timbers; Roman Coppola, who co-wrote The Darjeeling Limited and Moonrise Kingdom; and actor, writer and director Jason Schwartzman.

“I just loved the writing,” Peters said. “They don’t throw anything in arbitrarily.”

Peters plays the chairwoman of the board who manages the symphony. Last season, the backstory of her character revealed she was a former cabaret singer and she was encouraged by the conductor of the symphony to sing.

“So I would secretly go out to open mic night and sing,” Peters said. “I hope I get to sing again this season.”

The symphony goes to Europe for the third season. Peters plans to do three June concerts — in London, Manchester and Edinburgh — before she joins the cast to film on location.

However, for all her Broadway acclaim, her original fans always will remember her work with masters of American comedy in the 1970s. She appeared in Mel Brook’s Silent Movie (1976), opposite Andy Kaufman in Allan Arkush’s Heartbeeps (1981) and opposite Steve Martin in his first two films, Carl Reiner’s The Jerk and highly experimental Pennies from Heaven (1981), adapted by Herbert Ross from the Dennis Potter BBC series.

She also made 12 appearances on The Carol Burnett Show and worked with Burnett on the 1972 television adaptation of the musical comedy Once Upon a Mattress and again in John Huston’s 1982 film adaption of Annie.

Peters was nominated for an Emmy for her 1977 performance on The Muppet Show and later appeared as a guest when they hosted The Tonight Show in 1979. She also starred in a Norman Lear series during his classic run of socially relevant sitcoms, All’s Fair (1976-1977), where she appeared with a fresh-faced Michael Keaton.

“I’ve always taken what’s offered to me that was the most interesting,” Peters said. “I was lucky because I was working in television, doing concerts and Broadway, so if I didn’t like what was being offered, I could always do my concerts. I always choose carefully.”

Though panned by important critics at the time, like Roger Ebert, The Jerk is now generally considered a comedy classic. It appeared as a cultural reference in Paul Feig and Judd Apatow’s cult television series Freaks and Geeks (1999-2000) — when a lead character’s girlfriend doesn’t find The Jerk funny, he realizes he must break up with her.

Peters pointed to a recent reference.

“You know the movie Deadpool?” she asked. “I’m his love object. On a coin purse, it’s me from Silent Movie, I think, or The Jerk. I haven’t seen it yet.”

While the comic book version of Deadpool is pansexual, or attracted to people of all sex and gender identities, it is not as obvious in the film. His obsession with Peters is a sly play on his ambiguity.

While she is iconic to gay men because she is a Broadway diva, in her youth, she was also painted by Alberto Vargas as a scantily clad pin-up girl. She also appeared on the December 1981 cover of Playboy.

However, what makes her truly iconic for a generation of American men was that Steve Martin ended up with her in The Jerk. If a woman like that could fall in love with Navin Johnson (Martin’s character), there was hope for the rest of us.

Print headline: The entertainer, Broadway, TV and film star Bernadette Peters brings her iconic sense of humor and a roster of music classics to her March 3 concert.

An Evening with Bernadette Peters