For more than 20 years, Jack Elliott and Ron Williams have taken over the radio waves of Oklahoma City while also winning the Best of OKC Gazette title for half of their KYIS careers. Oklahoma City’s two favorite smart alecks wake up their weekday listeners with tunes from today’s hits as well as segments like Too Tough Trivia, Fact or Crap and Asinine Trivia and features such as Ask Jack and Ron Emails and News of the I’ll Be Damned. OKC loves to start its workdays with Jack and Ron.

It’s hard to filter through news that matters and news that doesn’t. The Lost Ogle might not make that any easier, but it keeps Oklahomans updated regardless. TLO reports on all things somewhat newsworthy, irreverent, satirical and just plain humorous. Since 2007, TLO has blogged, tweeted, Facebooked and reported on other social media platforms about topics ranging from Gov. Mary Fallin and her daughter (#hipsterbooboo) to a white rapper from Lawton singing about his shorts and boots. Our readers definitely agree that it’s the best site to follow on social media.

This independent information site discusses some of the important, not-so-important and questionable things about Oklahoma. The Lost Ogle content is written with a satirical voice that has readers laughing and relating to most of its posts. As of 2007, Oklahomans have visited The Lost Ogle site to read about how their state is just OK. With shares on multiple social media platforms, posts from The Lost Ogle travel faster than the latest gossip in a small town in Kiowa County.

Best known for her moving tale of two socially divided groups in The Outsiders, Susan Eloise Hinton changed the world of young adult literature. Hinton wrote that novel, her first, when she was 15, and it was published in 1967. Her instant fame caused her to be known as The Voice of the Youth, and her writing still influences young adults today. Hinton resides in Tulsa with her husband David while their son Nick is away at college.

Born in Tulsa and raised in Yukon, Garth Brooks has been around in more ways than one. While he has climbed to the top of multiple charts and set numerous records for album and concert ticket sales, he has never forgotten his roots. In fact, he credits his Oklahoma upbringing for everything. (In 2003, he released a boxed set titled Blame It All On My Roots.) His music can be heard from local dance halls to high school football games and just about everywhere else in the state. In January, 53-year-old Brooks performed six consecutive concerts at BOK Center in Tulsa, selling more than 105,000 tickets. He has seven shows slated for Dallas in September. The man is a machine! 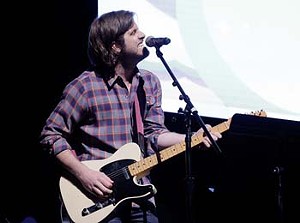 Originally from Oklahoma City, Graham Colton might be the Best Local Singer/Songwriter, but he will soon top the national listing, too. On his last album, Lonely Ones, Colton decided to delve deeper into his Oklahoma roots by working with Wayne Coyne of The Flaming Lips. His songs have been featured on TV shows including American Idol, Pretty Little Liars and Castle.

When he’s not playing small forward for the Oklahoma City Thunder, Kevin Durant can be seen in the community playing basketball with children or renovating public basketball courts through his personal charity, Kevin Durant Charity Foundation. After being injured for much of last season, Durant continued to give back to his supportive fans. With Kevin Durant Charity Foundation, the globally acclaimed basketball player’s mission is to enrich the lives of at-risk youth through educational, athletic and social programs. Durant continues to be Oklahoma’s MVP.

“The Boss” of the Rococo restaurant empire has won Oklahoma City over again as its best chef. He won the title in 2009, 2013 and 2014. Rinehart brings the taste of the East Coast to Midwest America with Rococo. He is an expert at wine and food pairing and has cooked as a professional for more than 30 years. He moved to Oklahoma with the sole purpose of opening an East Coast-style restaurant we all know and love.

3. Ashley Nguyen, In The Raw

Walking into Ted’s Cafe Escondido, each customer is greeted with a friendly smile and a happy “Welcome to Ted’s.” With plenty of locations to choose from in the metro, Ted’s Cafe Escondido keeps each restaurant full of patrons, but the staff makes it worth the wait. After being seated, a server is at your table with complimentary chips, salsa and queso before you can even think about asking for Ted’s homemade tortillas. Customers never find themselves wondering, “Where’s my waiter?” at Ted’s Cafe Escondido.

Worth mentioning: In The Raw, Red PrimeSteak 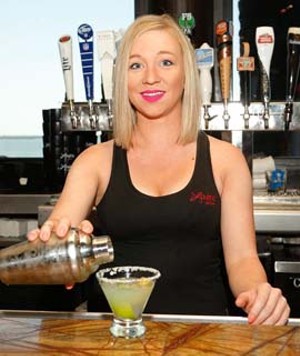 If you’re looking for a lively place to drink with your buddies, have Louie’s Lakeside bar team fix you up one of its Perfect Margaritas to get your party started. Or if it is after a long day of nonstop work, go let the staff at Louie’s lakeside help you relax and enjoy the sunset over Lake Hefner. Regardless of the circumstances, the bar team at Louie’s knows how to make your beer colder, your drinks stronger and your day much better. That’s why it is Gazette readers’ choice for best bar team.

Worth mentioning: O Bar at the Ambassador Hotel, WSKY Lounge

The Best Waiter or Waitress (And Their Restaurant)

Nothing is better than dinner and a show, and at The Boom, customers get dinner, drinks, dancing and drama all in one place. With an endless cast of glamorous drag queens at The Boom, Oklahoma City voted Renee Hilton as the best of the best. Hilton works at The Boom every Thursday for Trashy Thursdays and every Saturday for the G-Spot. Of course, there are many other fabulous entertainers at The Boom and waiters/waitresses in the area, but Hilton stole the spotlight as this year’s best.

Best Bartender (And Their Bar)

A trattoria is a casual dining and drinking gathering place where the customers are treated like special guests. It’s no wonder OKC voted Shannon Barrow, from Flip’s Wine Bar & Trattoria, the best bartender in town. Barrow serves as bar manager at Flip’s, and every person on the other side of the bar is a friend. A good bartender makes any bar good, and Barrow has earned Oklahoma City’s approval.

Worth mentioning: Jessica Halliburton, In the Raw; Kevin Alexander, Tramps 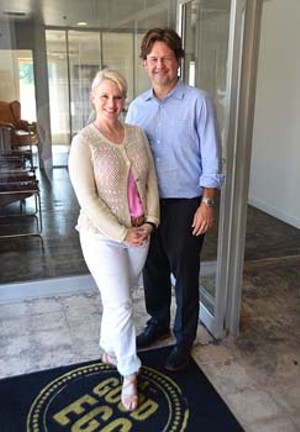 Best Business Owner (And Their Business)

Keith and Heather Paul love food. They’ve dedicated their lives to making good eats with A Good Egg Dining Group. With eight successful restaurants across OKC, it’s easy to see Keith and Heather are good eggs inside and out. Their livelihood can be experienced at Cheever’s Cafe, Iron Star Urban Barbeque, Red PrimeSteak, Republic Gastropub, Tucker’s Onion Burgers and Kitchen No. 324. With this range and selection, it is easy to see why our readers voted Keith and Heather Best Business Owners.

3. Drew and Anna Mains, In The Raw and Knuck’s Wheelhouse

My So Called Band

The ’90s gave youth an alternative way to rock with mixtapes at the helm of music sharing, thus making the decade its own soundtrack. My So Called Band gained fans by smelling of teen spirit and losing their religion; the ’90s tribute band is Oklahoma’s own musical time machine. Hailing from Norman, My So Called Band has more than 4,000 likes on Facebook. This band can’t be touched as OKC’s Best Local Band.

Katie Wicks can now be known around OKC as the Best DJ in town, thanks to our readers. Wicks is also a producer and part of DJ duo Crystal Vision. She can be found jamming out at her weekly dance party, Robotic Wednesdays at Kamps. Wicks also produces a playlist for SpyLab, 91.7 KOSU. It features all the dance hits of yesterday, today and tomorrow every Saturday night from 9 p.m. to midnight.

Since 1962, Lyric Theatre of Oklahoma has held its standard as a Broadway-caliber theater. Today, Gazette readers praise it as the Best Performing Arts Group in Oklahoma City. Lyric Theatre has had a successful season this year with performances of Pageant, Murder for Two, Oklahoma!, Mary Poppins, Big Fish and Billy Elliot. The 2015 season continues with Bernice Bobs Her Hair and A Christmas Carol. Oklahomans can see the bright lights of off-Broadway with Lyric Theatre of Oklahoma. 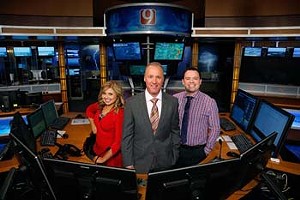 Complete with six meteorologists and a fleet of News 9 StormTrackers, the News 9 weather team keeps its eyes on the skies of Oklahoma. In 2014, perennial favorite meteorologist Gary England left his watchtower after 41 years and was replaced by David Payne. Other members of the News 9 weather team include Jed Castles, Cassie Heiter, Matt Mahler, Justin Rudicel and Lacey Swope. When Oklahoma weather takes a turn for the worst, OKC tunes to KWTV News 9 for updates from its Best Weather Team. 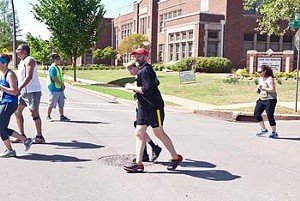 Oklahoma lost 168 lives in the bombing of the Alfred P. Murrah Federal Building on April 19, 1995. Now, 20 years later, more than 25,000 participants of the Oklahoma City Memorial Marathon run for the lives of those lost. The first race took off in 2001, and one weekend every year since, runners from all over the country run through downtown. Race proceeds benefit the Oklahoma City National Memorial & Museum, a rooted, living monument in the heart of Oklahoma.

Since 1967, Arts Council Oklahoma City has hosted Oklahoma City Festival of the Arts, a celebration of artists and their talents. During the festival, which is April 19-24, 2016, various food vendors, art displays, tents and activities take over downtown and Bicentennial Park. The aroma of gyros, bratwurst and funnel cakes fill the air while bright, colorful creations steal attendees’ gazes. Oklahoma City Festival of the Arts is a must-see mark on everyone’s calendars. 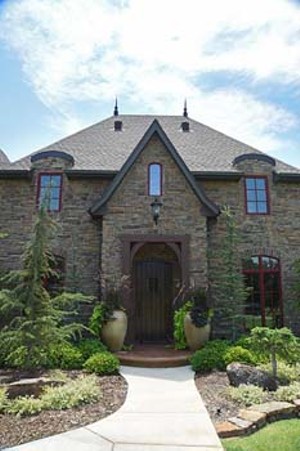 For almost 20 years, Richardson Homes has brought to life the dream homes of Edmond and OKC residents. Richardson Homes allows its clients to custom-design their homes and take part in the construction process. With offices in Tuttle, Clinton and Enid, Richardson Homes strives to be the best custom homebuilders in Oklahoma. According to Gazette readers, the company has built a firm foundation with its customers, which is why it was voted Best Local Homebuilder.

After moving back to his home state of Oklahoma six short months ago, he has already built up quite a business for himself. Gazette readers have voted his company, Tommy Poole Interior Design and Contracting, Best Local Contractor/Handyman in OKC. He specializes in kitchen and bathroom remodels and restoration. Take any picture out of a magazine of a dream kitchen or bathroom and Poole can design it from the ground up. 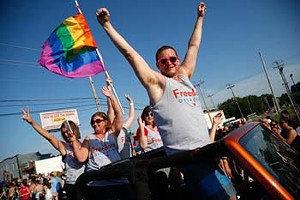 The Oklahoma Pride Festival & Parade is the largest LGBT celebration in Oklahoma with more than 70,000 attendees each year. The annual festival has grown so large it had to be turned into a two-day event during the Saturday and Sunday of Pride Week. A variety of gay pride festivities, concerts, block parties and local entertainment can be enjoyed during the festival. On Sunday, the Oklahoma City Pride Parade makes its way through the streets of OKC with colorful floats, rainbow flags and proud participants.

2. Sunday Gospel Brunch at The Boom