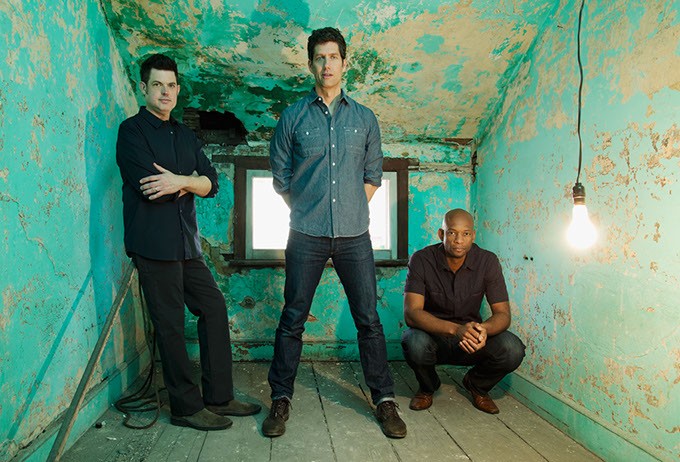 Anyone who has ever settled into a new home knows no space is official until you have invited your friends over for a housewarming party.

That is exactly what Graham Colton is helping do via Oklahoma City’s newest music and entertainment venue, The Jones Assembly.

The Oklahoma-born singer-songwriter is a managing partner at The Jones Assembly, a new restaurant, bar, concert and event venue at 901 W. Sheridan Ave. in Film Row. As if opening the elegant new space wasn’t enough on its own, Colton brings a ’90s dream tour to town 8 p.m. July 29 — the venue’s inaugural concert — with The Wallflowers and Better Than Ezra.

Better Than Ezra frontman, guitarist and vocalist Kevin Griffin reminisced about the first time he met Colton. Griffin’s Louisiana-born alternative-rock trio had a gig with Graham Colton Band in Washington, D.C., and his label’s artists and repertoire (A&R) man asked him to check out the Oklahoma musician’s set.

The two immediately bonded professionally and have since written several songs together, including Graham Colton Band’s “How Low (Breakdown)” and “Cigarette.” They have also played a lot of shows together.

“I think, more than anything, we became really good friends,” Griffin said.

Griffin has casually tracked The Jones Assembly’s progress for a while and is eager to break in the new facilities.

“I’ve watched it come along from a distance,” he said. “It’s just gorgeous.”

The night also will be special because it welcomes The Wallflowers, the Los Angeles-formed alternative-rock band founded by Jakob Dylan, son of Nobel Prize-winning songwriter Bob Dylan.

Griffin said he has long known the younger Dylan (whose talent is great enough to stand alone, and it does) but had not seen him for several years until their tour together began July 8 in Montclair, New Jersey.

“It’s nice to touch bases again and see how he’s doing,” he said. “Honestly, I’m a fan of The Wallflowers. I love their music — the singles, but then the album cuts, too.”

The bands perform together on less than 20 dates on this tour, which adds a whiff of exclusivity to the July 29 opening event.

Better Than Ezra, with its current roster of Griffin, bassist Tom Drummond and drummer Michael Jerome, is known for its sudden rise to stardom and label prominence following the success of its single “Good” and re-release of its album Deluxe by Elektra Records in 1995. The band had been together for seven years before it broke through into the mainstream.

It parted with Elektra in 2000, releasing several albums and re-establishing success on the smaller Beyond Records label. Better Than Ezra now works with The End Records. Its latest album, All Together Now, was released in 2014.

Griffin said the band is working on new music and expects to release a new single sometime this fall, with a new album planned for 2018.

Aside from his work with BTE, Griffin also works as a songwriter in Nashville, Tennessee. Griffin also has helped write songs for Taylor Swift, Sugarland, James Blunt and Howie Day.

He said he loves working with artists in the city to craft new songs.

“I wasn’t always this way,” he said, “but I’m all about collaboration and bringing talented people together and coming up with something that’s better than anybody would do on their own.”

‘Journey to something special’

The idea to launch a new music festival came to him one day after reminiscing about the New Orleans Jazz & Heritage Festival he used to attend every year when he was growing up. He wanted to replicate something like that in Franklin, his new hometown.

Griffin said the festival’s name came from a popular tour of Antebellum homes in Nachitoches, Louisiana, called the Fall Pilgrimage.

“I always loved the name, and I couldn’t believe no one had done a music festival called pilgrimage. The moment of truth really was going on to GoDaddy and typing in ‘pilgrimagefestival.com’ — that thing we’ve all done,” he said. “A pilgrimage is a journey — a journey to something special. It can be an architectural pilgrimage to Chicago or a pilgrimage to Graceland.”

Or to The Jones Assembly in a tour that brings his friendship and professional accomplishments with Colton full-circle as BTE celebrates many years together and a new direction and success.

The Wallflowers and Better Than Ezra