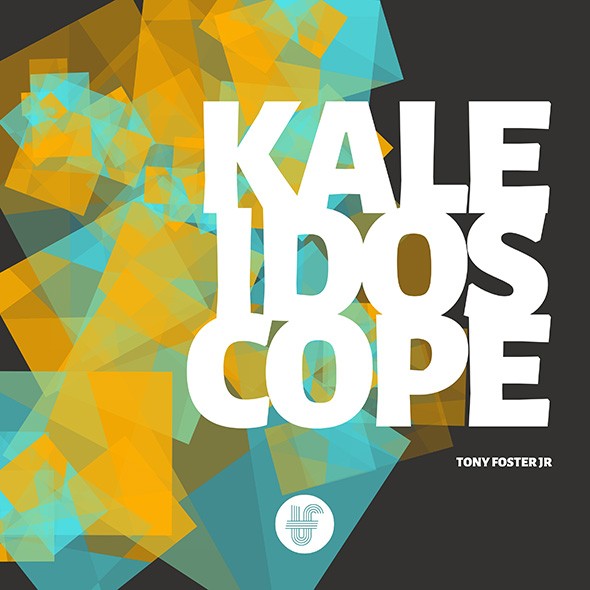 “I never would have thought that an album like that would be my debut album, just a collection of thoughts that are very personal, that are very spiritual,” Foster said. “I never planned on being an artist with that kind of message. … It’s not that it’s something that I didn’t want to do; I just never imagined it being that way. I’ve always been a soul, R&B guy.”

Released Feb. 21, Kaleidoscope is Foster’s full-length studio debut, following his live album Long Story Short, released in June of 2018. In Kaleidoscope’s first single, “Song Back,” Foster sings, “Help me, God / I need an answer, God / I’m losing all my hope / Trying to control my pride / Can you restore my soul? / I need you to make me whole.” Foster said the album was recorded during “a really big transitional period” in his life.

“I had recently gone through a divorce,” Foster said. “I was doing some work in the community in a new way, living on my own and being really connected with the local music scene. I was doing music full-time … as a worship leader at Life Church. All of those events taking place at the same time started those ideas for the songs. The actual songs themselves kind of started to write themselves.”

Foster recorded Kaleidoscope’s vocals over four days in September of 2018 at James Conner’s Veux Studios. The album features guests Sean C. Johnson (“Song Back”), Jacobi Ryan (“Fall Over”), Thomas Who? (“For the Love of God”) and Adam Ledbetter of Adam & Kizzie (“Sunset”). Though Foster did not expect to release anything as spiritual as Kaleidoscope, he said the album’s message and meaning helped make it something more than he could have achieved on his own.

“It was really like a sacrifice to let go of my own ideas and my own thoughts and my own ambitions as an artist,” Foster said. “But I will say that there have been so many rewards … that I wouldn’t have been able to curate or come up with on my own, so I can definitely see the reason why I was called to present this body of work in this way. The overall quality of the album, the way that the sessions were created, the way they were produced, all of the contributions to the album were essentially donated to me. They were gifted to me, and not from me crowdfunding or asking resources, ‘Hey do you know a guy?’ … The way that the album was edited, mixed, mastered, the way it was done in such detail — man, a lot of hours outside of me being there were spent by other people on this project, and you can’t pay somebody enough to care, to take personal investment in your project.”

The album’s title represents a convergence of beauty that can’t be fully comprehended.

“You can never make sense of what you see inside of a kaleidoscope,” Foster said. “You never say, ‘Oh this is a butterfly,’ or, ‘This is a flower. It’s just a mesh of colors and images, and you know you like looking at it. … I kind of saw that happening in my life outside of the album, outside of the process, the vulnerability that I experienced while I was writing that music. It was a really difficult, difficult period, but things just started to take shape. …  I just felt like the project was my opportunity to tell people that you don’t have to know exactly what you’re looking at, what you see, but you can know that whatever it is, it’s beautiful. And you don’t need to keep shifting it to try to make sense of it in order to experience it and to enjoy it.”