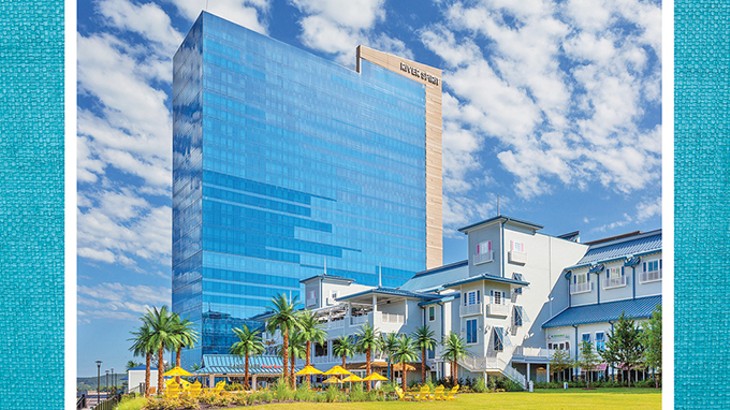 While the prospect of legal sports betting in the state might be seen as a game changer for Oklahoma sports fans and wagerers, state-based tribal casinos are more interested in ensuring future arrangements are favorable to them than rushing to meet increased demand.

In May, the United States Supreme Court cleared the way for states to legalize sports wagering within their own borders by ruling against a 1992 federal law that outlawed the practice. Prior to this year, Nevada was the only state in which authorized sports betting was permitted.

A few weeks after the court’s ruling, Delaware became the first state to add legal sports betting. Many others are expected to join them soon. But Oklahoma’s tribal-dominated casino culture is different from Delaware, a state with only three casinos, all of which are commercially owned.

Klint Cowan, a tribal and gaming law specialist for Oklahoma City-based law firm Fellers Snider, said while many of the state’s tribes are interested in sports betting, most have not made it a top priority because the margin for profit on those wagers is relatively small compared to what can be made on slot machines and other types of gaming.

“They don’t see it as a vitally important issue,” Cowan said, “but it’s one way to expand their portfolios and offer more than they’re offering now.”

While sports betting was federally outlawed before last month, that did not stop states from technically legalizing it in anticipation of its future legalization. States like West Virginia, Pennsylvania and New Jersey already have legal sports betting but are in the process of setting up the framework to facilitate it.

Oklahoma’s past two legislative sessions have seen attempts to legalize sports betting, but Cowan said state tribes were generally against those efforts because they believed it would open up the possibility for anyone to accept those kinds of wagers.

“The tribes saw it as competition from non-tribal parties who would compete for gaming dollars with their casinos,” Cowan said.

All of Oklahoma’s 130 gaming operations are tribally owned. Each tribe with a gaming operation has a compact with the state that guarantees a percentage of their gaming profits go to the state in exchange for the exclusive right to offer casino-style gaming.

However, current tribal gaming compacts do not allow sports betting. If Oklahoma-based casinos were to start taking sports bets as a service, they would need to have it negotiated into their compact agreements.

“I could see the tribes and some of my clients wanting sports gambling to be added to the compact so they can do it [in their casinos],” Cowan said, “but not necessarily expanded so that other people can do it.”

Pat Crofts, CEO of Muscogee (Creek) Nation Casinos, which operates Tulsa-based River Spirit Casino Resort, admitted that he was not closely following past attempts to legalize sports betting in Oklahoma because it was still federally illegal.

But since the U.S. Supreme Court ruling, he has heard a lot more talk about the future of such bets in state casinos.

“Everyone started thinking, and it became a very hot topic, obviously,” Crofts said.

Crofts said while sports betting would not directly generate a lot of money for state casinos, it would be a good tool for bringing new and different kinds of people through the door.

“What it would be is a great amenity to our customers,” he said. “It would bring new people into our casinos and who knows, they might want to do some other gaming while they’re here.”

Moving forward, Crofts expects state tribes to be much more active in lobbying for a renegotiation of state compacts that would include sports betting. There is a wave of momentum and excitement around the topic that did not exist before.

But there are 31 tribes in Oklahoma that hold gaming compacts with the state, and not all of them will be as motivated as others. Cowan said a lower profit margin for sports betting will make a lot of the smaller tribal gaming operations wonder if the service is even financially worth it.

To add sports betting to one’s facility, it would mean clearing out floor space that could otherwise be given to slot machines or other games with higher profitability.

“There may be some tribes who just don’t really care one way or the other,” Cowan said, “but I certainly think tribes with multiple casinos will want to at least have the option to offer it.”

For resort-style facilities with large, sprawling campuses, sports betting has become another attraction to add to an all-encompassing experience. Someday it might even be considered a standard function of large casinos across the nation.

“We’re not just casinos anymore,” Crofts said. “A number of us have transitioned into full-service, upscale resort facilities like we’ve done here at River Spirit.”

For years, people across the country have made a near ritual out of flocking to Las Vegas, Nevada, for the year’s biggest sporting events. Over 300,000 visitors were expected in the city during this year’s Super Bowl in February.

Crofts would like to offer an in-state alternative for sports bettors who would no longer need to travel.

“If we were able to offer the betting here,” he said, “I think it would keep a lot of people in-state and, obviously, in our facilities.”

Cowan said Oklahoma sports bettors should be patient in anticipation of legalization.

“It’s something that’s going to take some time,” he said. “We may not see it for another year or two.”

The real pressing issue facing the tribes is a general renegotiation of their compacts with the state, particularly concerning how much the state will be paid in exclusivity fees.

While each tribe has its own compact with Oklahoma, the state has one model compact with set conditions that each tribe can choose to opt into. Those agreements are set to expire in 2020.

There are other possible outcomes to potential negotiation, including the possibility that no new agreement is reached. In that case, the current compacts would just be extended.

But some people believe the state should be asking for more in exclusivity fees than it currently receives, and Cowan thinks it is likely that state lawmakers will look into negotiating a bigger cut. It is possible that the state could dangle sports betting’s inclusion in the compact as payoff for a larger share in fees.

The state can engage in compact renegotiations at any time.

Crofts is optimistic about the future of sports betting at tribal casinos and hopes to soon have conversations with state officials about how that would work. While it might not be the biggest moneymaker, he believes sports wagering can definitely be a strong asset.

“The more non-gaming amenities we can add,” Crofts said, “the more popular our facilities become.”