Last month, Jay Daniels grew irritated when he heard about Senate Bill 1984. The federal legislation — introduced by Sen. James Lankford, R-Oklahoma City — is known as the Keeping out Illegal Drugs Act of 2015 (KIDS Act) and calls for reducing illegal drug use on tribal lands by prohibiting federal dollars to tribes that legalize marijuana.

Retired from the Bureau of Indian Affairs and a member of the Cherokee Nation, Daniels views the bill as an infringement on tribal sovereignty. He questions the rationale behind a bill that strips a Native American tribe of federal funding — including programs that benefit children — if the tribe engages in cultivating, manufacturing or distributing marijuana. The bill applies to all 566 federally recognized tribes, even those located in states where marijuana is legal for both recreational and medical use.

“They didn't stop any federal funding to Colorado when they legalized marijuana," Daniels said.

The issue has nothing to do with marijuana being good or bad, Daniels said, but the bill diminishes a tribe's ability to decide what is best for its people. In addition to following tribal legislation, Daniels pays close attention to news from Indian Country Today and is aware of two tribes — South Dakota's Flandreau Santee Sioux and Wisconsin's Menominee tribes — pursuing marijuana commerce as a way to boost revenue in their struggling communities.

"Tribes … can make their own rules and laws within their reservation boundaries," said Daniels. "I always worry about the erosion of tribal sovereignty. We were starting to make ground, and they are pulling back some of our [independence]." 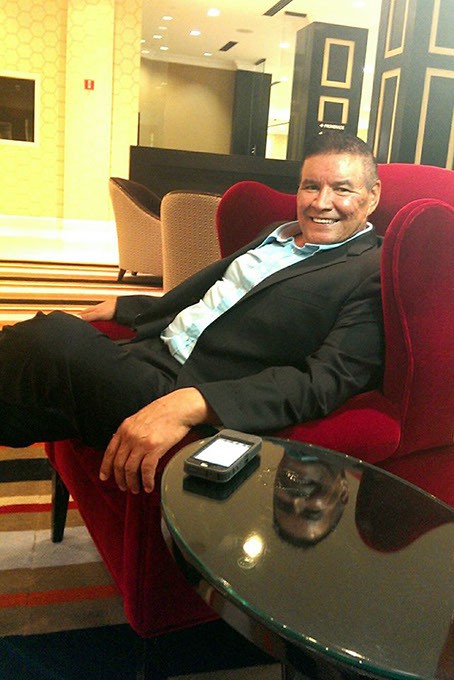 The KIDS Act remains in the early stages of the 114th Congress, which returned to session Sept. 8. The bill has been referred to the Committee on Indian Affairs, on which Oklahoma's junior Senator Lankford serves.

At the committee's July 29 hearing, titled Examining the True Costs of Alcohol and Drug Abuse in Native Communities, that Lankford heard John P. Walters, former director of the White House Office of National Drug Control Policy, tell lawmakers they were at a "crossroads" with a handful of Native American tribes exploring marijuana legalization. The relatively new movement follows the December release of the Department of Justice's Cole Memorandum. The memo contends that federal agents will not interfere with Native cannabis businesses if tribes are following state laws and eight federal law enforcement priorities.

"If there ever was a bad idea that we should stop, it is this one," said Walters during his testimony. "It doesn't just effect people in Indian country, but it is a terrible, additional harm we are inflecting on people who were already suffering."

Lankford believes those already suffering are Native American youth. In the language of the KIDS Act, numbers from a Public Health report Rates of Substance Use of American Indian Students in 8th, 10th and 12th Grades Living on or Near Reservations: Update, 2009-2012 states 56.2 percent of eighth grade and 61.4 percent of 10th grade Native American children used marijuana, as compared to the national average of 16.4 percent and 33.4 percent, respectively.

The bill mentions two other studies that support evidence of Native Americans suffering with the highest rate of drug-induced deaths.

Those studies, along with the testimonies from tribal health leaders, which mostly centered on alcohol and opioid addiction, fueled Lankford's KIDS Act.

“The Native American community experiences the highest drug-induced death rate in the country,” said Lankford in a media statement. “It is important for our nation to help address this issue for the sake of the next generation of Native Americans. This legislation is a good step in trying to protect young tribal members and fulfill our trust responsibility to Native Americans.”

Other lawmakers shared concern for youth engaging in illegal drug use. Sen. Jon Tester, a Democratic from Montana, serves as the vice chair of the Committee on Indian Affairs. He acknowledged that "too often" teenagers — native and non-native — experiment with drugs and jeopardize their future.

"We sit here week in and week out, hearing how our kids are dropping out of school, living in unsafe houses and engaging in risky behaviors largely because, quite frankly, they lack alternatives," Tester said during the hearing. "Our youth and many others in native communities are turning to drugs and alcohol to escape from the harsh realities of their lives. Addiction becomes a new reality for many of these communities."

In addition to federal grants, tribes create businesses to maintain tribal departments and essential service programs, such as police, fire, ambulance services, health and child-care services and education. Many tribes have turned to gaming for financing essential services for their people. Marijuana could be another avenue to raise revenue. That's how Anthony Reider sees marijuana commerce for his tribe, the Flandreau Santee Sioux Tribe.

The tribe's plans call for a pot lounge and treatment center for medical marijuana patients on the reservation, about 40 miles north of Sioux Falls.

"Plus, with any business venture, the first to market can corner the market early," Reider said.

Last month, fewer than 1,000 voters of the Menominee tribe went to the polls to declare their support for recreational marijuana use (58 percent) and for medicinal use (77 percent). The results push for the Wisconsin tribe's leaders to research cost and benefits with the possibility of proposing legislation to legalize marijuana.

A statement on the tribe's website expresses the tribal leaders’ belief that legalization could improve the quality of life for its 9,000 members and provide revenue to fund health, education, social, law enforcement and other services.

"We will engage in a thorough, deliberative review of all the economic, social, health and other effects of legalization," the tribe said in a statement. "We will ensure that tribal members have a number of opportunities to receive information and provide input. We will consider very limited legalization plans to very broad legalization plans."

The Flandreau Santee Sioux and the Menominee are the only tribes publicly announcing intentions following the Cole Memorandum, which provides tribes guidance on marijuana enforcement on Native American lands. The nine rules the Department of Justice enforces are the same as those applied to states that have legalized marijuana.

In July, the Alturas Indian Rancheria and the Pit River tribes were raided by federal agents who contended the California tribes were not following the medical marijuana laws of the state with plans to transport the marijuana off tribal lands.

The Cole Memorandum is just one federal document that hints at evolving views on marijuana — medical or recreational. Other hints include a federal spending bill passed by lawmakers in late 2014 eliminating funds for raiding medical marijuana operations in states where medical pot is legal.

In March, four federal lawmakers introduced legislation, the Compassionate Access, Research Expansion and Respect States Act of 2015, known as CARERS Act, to amend the Controlled Substances Act by classifying cannabis as a Schedule II drug. Under current federal law, cannabis is listed as a Schedule I drug along with heroin and LSD. The historic bill has 15 co-sponsors and encourages more research into the plant through several changes in federal law, including allowing state marijuana programs into the Department of Veteran Affairs.

Tribes that pursue marijuana will find themselves in a lucrative business as well as improve wellness, Daniels said.

"The projection is that marijuana legalization for tribes would generate more revenue than gaming,” he said. “A tribe that has gaming and legalization of marijuana is going to skyrocket if they do it right."

But doing it at all or not is up for a tribe to decide, as Daniels contends tribes are to be treated like states. Tribes have the right to determine, develop and enact laws on their land and for their people.

"The fear is the erosion of [autonomy]," said Daniels. "Everyone is concerned about that."

Lankford's concerns are to the Native American youth.

"This is a big issue Congress has to deal with. Obviously, there is an enormous push to say, 'Hey, let states decided this and it will have no negative effects. They can choose to do what they choose to do,'" Lankford said during the July hearing. "But the real practical effects on families and future generations is pretty dramatic. I think it is us turning a blind eye to our responsibility to say, 'Decriminalize and it is no big deal.' It is 'just marijuana.' I am tired of hearing it’s 'just marijuana' when we see our families falling apart."