Chae Modern Korean closes its doors, but its menu will live on.

Oklahoma City residents were shocked in early April when Daniel Chae announced that his popular restaurant Chae Modern Korean would be closing its doors at the end of the month.

It’s a decision that was put into new context on April 11 when Chae announced that he is running for Oklahoma County treasurer, which only played a part in his decision to close the restaurant.

Chae and his wife Shinane Yoon are expecting their third child this September, and he said that he was becoming spread too thin managing three restaurants. Many of Chae’s most popular recipes will be making their way onto menus at Ur/bun, 431 NW 23rd St., and his All About Cha location in Nichols Hills, 7300 N. Western Ave.

Chae Modern Korean’s final day of service will be Saturday. The building is for sale by Chae, and he said it’s a turnkey operation for another restaurant to take over immediately. 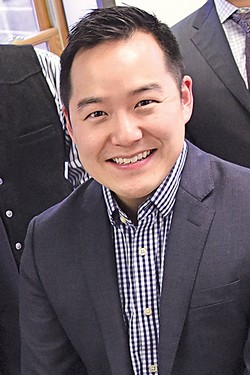 “Most people will ask, ‘Why don’t you just get a manager?’ I think if you have any other restaurateur that has a smaller shop, it’s not always a viable option in keeping the team morale going. Even on the days that I’ve had to skip out to do other things, there are issues, and it became incumbent for my staff. My servers shouldn’t have to take the ire of a guest.”

Chae grew up in Del City and Moore and moved back to Oklahoma City five years ago after graduating from the University of Michigan, where he worked for AmeriCorps, securing federal grant funds for a local county government.

While thinking of returning to a role in human services, Chae took on a role with the Oklahoma Department of Corrections last year, facilitating funding reviews.

“I stepped down because the restaurants were ramping up,” Chae said. “It was our first test to see if a manager could run it, and ultimately, it was a test of being spread too thin.”

With Chae Modern Korean serving its final meals at the end of the week, its two top chefs are moving over to Ur/bun, and Chae said that every other member of the staff has received offers from other restaurants in the city.

“We’ve been busy every day this month, but the weekends haven’t changed because we were always booked solid,” he said. “At least we’re going out on a high note.”

Chae Modern Korean’s oxtail soup has earned many fans that can be seen in Yelp comments and a 2016 review published in Oklahoma Gazette. Chae balked at committing that the oxtail soup will be on the menu full-time at either the Nichols Hills All Bout Cha or Ur/bun, but he said it will appear quite often as a special, mostly likely at Ur/bun.

Chae Modern Korean’s version of bibimbap will soon appear on the Ur/bun menu alongside a few other rice dishes that have recently been added. 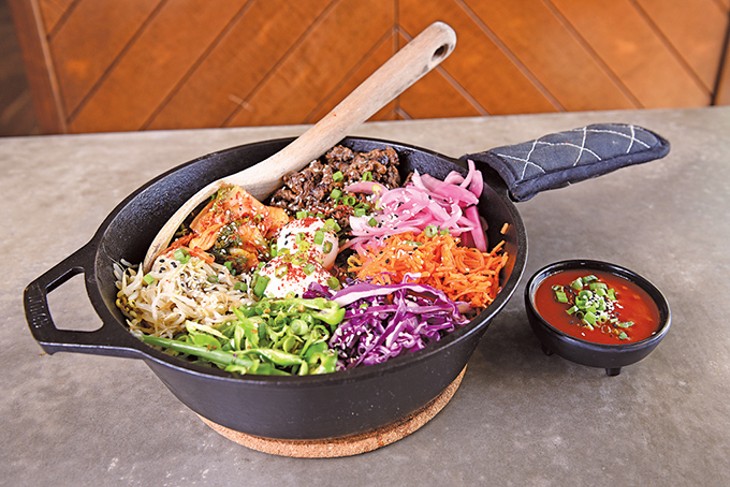 Ur/bun opened in May 2017 next to Tower Theatre with a streamlined menu of five steamed buns and french fries. The concept has expanded over the year to now include ten buns and eight rice-based dishes.

“Ur/bun has always been a street food joint, and frankly, Chae [Modern Korean] was supposed to be a street food joint, but over the years, we kind of evolved,” Chae said.  “I can’t tell you how many times we tried to fight back against the fine dining label. Ur/bun will bring us back to the fast-casual idea that you can do high-quality food without the pomp and circumstance. It’s nice to dress up and have a night out, but on a day-to-day basis, you should be able to eat healthy and eat clean in a comfortable atmosphere.”

There are now 10 All About Cha locations across Oklahoma and one in Texas. Chae is the owner of the Nichols Hills location, and it became its first franchise location after the original in Edmond.

Chae oversaw the brand’s expansion from just a coffee and teahouse by first adding cafe options like breakfast and salads and eventually adding fresh sushi. Starting in mid-May, the Nichols Hill location will be the first All About Cha location to offer new breakfast items seven days a week that are inspired by Chae Modern Korean’s brunch menu.

“Chae [Modern Korean] is Korean food that is slightly Americanized, but our brunch and breakfast line is the other way around,” he said.  “It is American food that has been Koreanized.”

Biscuits and gravy, eggs Benedict and chicken and waffles are made with the same spices on Chae Modern Korean’s entrée menu. Chae said the same spices used in the popular oxtail soup are used to make pork belly gravy.

Chae Modern Korean set a new standard for Korean food in Oklahoma City that had long been defined by family restaurants in the metro area like Seoul Garden, Korean House and B-Won. Over the last 15 months, Gogi Go!, operated by Chae’s childhood friend Kevin Lee; Ur/bun; and Taste of Korea have opened in Oklahoma City.

“The most important thing people can continue to do is to continue to eat at these spots,” Chae said. “It’s exciting to see Korean food growing and becoming a regular part of everyone’s conversation in Oklahoma City. Every place that has opened is spot-on, polished and helping the reputation of Korean food.”