Lewis Black took some time out of his pre-tour lockdown to chat with Oklahoma Gazette about the past couple of years and the upcoming tour. Black performs at The Criterion on Jan. 30. 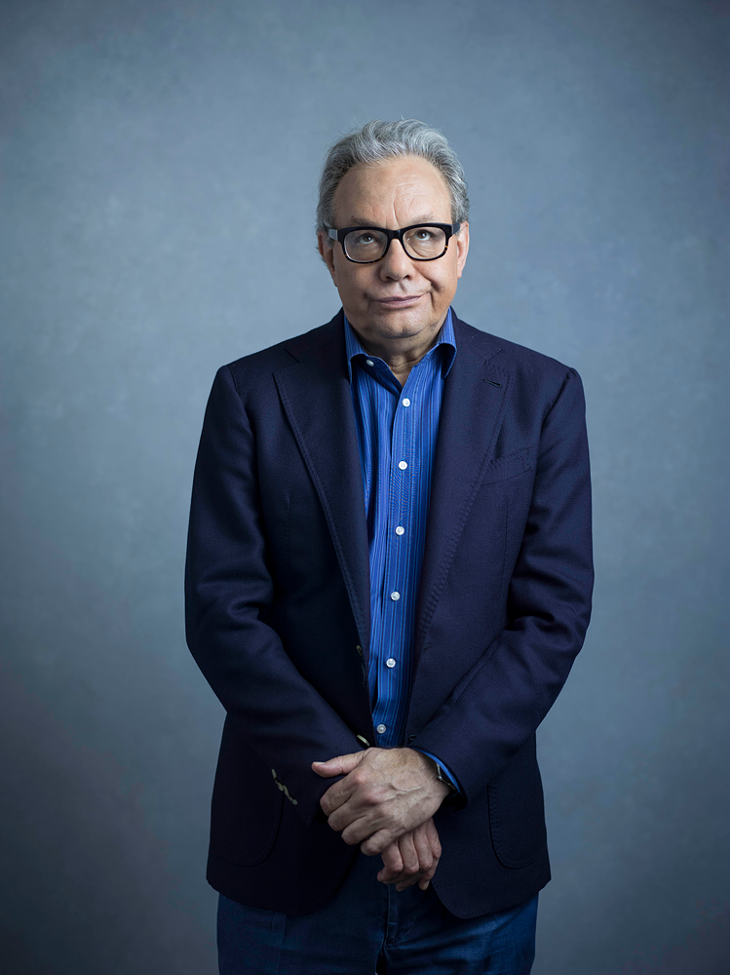 Oklahoma Gazette: Did this pandemic make it easier to write material or was being away from the stage where you can test out jokes hold you back?

Lewis Black: I don’t really write, so it was the first time I kind of wrote stuff in part, because I kind of had to. I have to write it out and I basically talk it but until that time, I hadn’t really. I take notes and stuff and I write in front of the audience and that’s really what I do. … I have a mental setlist especially now that I’m starting out again and the front part of it grew so the back part kind of got cut off. As I was doing it, it kind of changes along the way. Now I’ve got it down. I finished up December 19 and I’m starting on the road again and now I’ve got to look now I got to go back and try to remember it. I basically do have a pretty good idea of what it will be.

OKG: I appreciate you coming to a red state like Oklahoma to do your stuff. We kind of look at you road comedians as missionaries.

Black: My father, he went to the University of Oklahoma. Way, way, way, way, way, way, way back. Way back. He left New York City to go there. Isn’t that unbelievable? The story was, he looked around at schools, and they had an engineering school. So I said to him, “What possessed you to go to Oklahoma?” And he said, “It was the mechanical engineering school that was the furthest one, as far as I could get away from my mother and still be in the United States.” Which was understandable. He was an only child and my grandmother hadn’t remarried, so he must have gone, “Okay, let’s get out of here.” It was an adventure. He lived in a boarding house. One of his close friends was a Cherokee Indian and he was Jewish, so it’s kind of an amazing story … I’ve played Norman before and I’ve certainly been in Oklahoma City a number of times.

OKG: Oklahoma has a good market for you, why do you think that is?

Black: Any place is kind of a good market because of TV. Cable, Comedy Central, got me out there. Now people see me on a side, some of them, you know, because I’ll say something on Twitter or something like that and then they go, ‘Oh, boy. You were really funny until you got to be liberal.’ Oh, please. Literally, God knows how many years ago, I went onstage to talk about the fact that I was a socialist in front of the same people, so shut up. And I would say, ‘There are 10 of us, so what are you worried about? I’m tired of hearing this. That Obama’s a socialist. I said, ‘He’s never showed up at one of our softball games.’ So to me, it’s ludicrous. I didn’t really take sides and, in my stand-up, I certainly don’t take sides. I’ve never liked any president and I don’t really like talking about them. What I like talking about is the effect that these idiots in Washington have on you and not the shit that you make up about what they do. That’s got to stop.

OKG: We’ve seen a lot of shifting as far as culture goes. Does that change how you approach jokes or punchlines?

Black: No. It just exhausts me. The only time it affects me is after an interview or something and I would sit there and go, “Boy, did I say something that people will misconstrue?” I don’t want to give them the opportunity to go off on some tangent that has nothing to do with what I talked about. That’s the real problem, is preventing them from doing their craziness on both ends of the spectrum. Give them a chance to go nuts and they enjoy nothing more. It’s like joy juice.

Black: Yeah, it is. And it’s ludicrous because this is not the time. We don’t have time for it right now. I do, literally, I would say maybe three minutes about vaccinations, that I got vaccinated. And I talked about why I got vaccinated. It’s a stupid joke. Okay, here’s how stupid the joke is. I was in Florida and there’s a lot of people my age who didn’t get vaccinated. This same group of people lined up to take a jumbo hypodermic needle in their arms when they were kids so they didn’t get polio, but that scared them. And if those people didn’t get vaccinated against polio, the entire audience would have crawled there that night and we would start the show at 2:30 in the morning. I had anti-vaxxers walk out during that section.

OKG: Do you have many boos, hecklers, walk outs during your sets?

Black: I start the show now with an explanation. You seem to have forgotten how to be an audience. You’re not at a school board meeting. This is a theater. People have paid a lot of money. If you don’t like the joke, don’t laugh. You don’t get to make a comment about the joke. You’ve got a lot of places to do that. You can go on Facebook and Twitter. And if you showed up and didn’t know what you were gonna see when you saw me, that’s on you. That’s not on me. I’m in a theater. I’m pretty well known. You paid a lot of money. One would think you would have wondered about your investment.