“Being the Black Chamber and ensuring we understand the needs of the minority and black community, we don’t have the luxury of just being centered on economic development and entrepreneurship,” explained Eran Harrill, who was influential in the rebranding campaign and rose to the position of executive officer two years ago.

Oklahoma Gazette recently spoke to Harrill by phone about the chamber’s recent efforts. A member of the Oklahoma National Guard, Harrill is deployed in Ukraine.

Eran Harrill: We create an atmosphere for people to be able to network and make business connections, make personal connections. A good example of that is working with a few entities, one being the Oklahoma branch of the FBI. They were looking for recruits with an emphasis on minority recruits. The fighting force didn’t look like the communities it served — not just on the agent level, but also in other positions. We have relationships with UCO (the University of Central Oklahoma) and OCCC (Oklahoma City Community College). We hand-provided the FBI with quality applicants.

Harrill: With chambers ... you always want to ensure strong memberships with corporations. It takes that to really thrive and help the small business members. In the past, we’ve never supported the youth, who we know will eventually be at those companies. Why not empower kids in their high school and college years [through internships and mentorships]? By the time they are juniors in college, you’ve invested in them. It’s a win-win for chambers and the businesses, as you’ve helped businesses get quality interns and, later, employees but at the same time kept talent in Oklahoma. 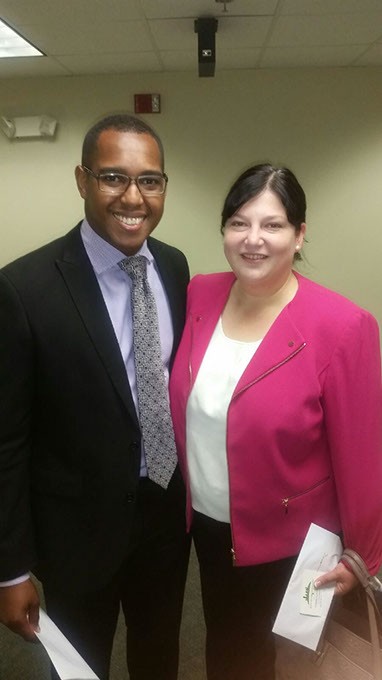 OKG: Thirty-eight percent of chamber members are startup businesses. Is startup activity by minority-owned businesses on the rise?

Harrill: We do a program called Meet the Lenders. Think [ABC’s] Shark Tank. … We put entrepreneurs in a room, and they pitch their ideas to different organizations like the SBC Foundation and the Community Action Agency. Those entities specifically help entrepreneurs and startup businesses. After, we evaluate the participants’ goals and where they want to take their business. On that same day, we get them in front of lenders who specialize in startup businesses.

Does this mean that every single one who comes through later starts a business and is successful years later? I would love to tell you yes, but it’s not and never will be. We keep the door revolving for people who have dreams and want to see if it can become a reality.

OKG: What is the vision for the chamber’s future?

Harrill: I always say, “We are building something that is 10 years ahead.” … We want to be a resource on a greater scale than what anybody ever expected. Last year, we hosted two election forums: House District 97 (northeast Oklahoma City) and the state questions. It was not geared toward endorsing a candidate or policy, but giving the community that education. The chamber had never done that before. Some people who came had never heard of us or had ever considered coming to a chamber forum before.