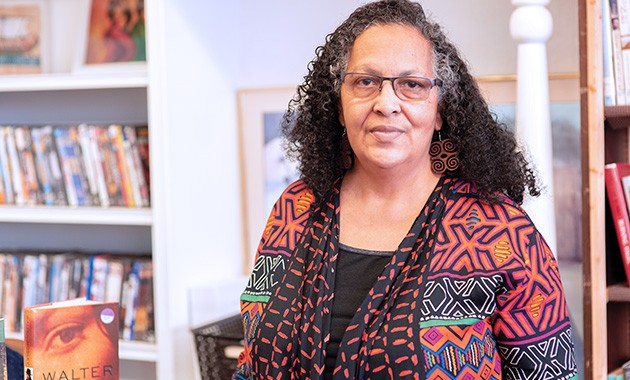 The history of black Oklahomans is tied to the Trail of Tears, as slaves came with their Native American masters to what became known as Oklahoma. Slavery continued until the Civil War era, but the oppression of black people continues far beyond that. Today, black Oklahomans still deal with racism and oppression stemming from those periods of time.

Christopher G. Acoff, also known as Original Flow, is a local hip-hop artist. He grew up in northeast Oklahoma City and said he first realized he was different when he was about 12 years old. He was walking back to his friend’s house in Edmond when someone in a truck drove toward them intentionally.

“We were walking on the street and there was a truck coming, so we start to get out of the way and the truck starts speeding up,” he said.

Acoff and his friend rushed out of the way, and while the truck passed, the driver yelled and called them the N-word.

“That was when I knew I was different,” Acoff said. “When I heard that and I saw the expression on my friend’s face, he was used to hearing it out there and that made me sad. That’s when I had a real big conversation with my pops about everything.”

Acoff’s dad found it hard to explain why that had happened but had a conversation with him about being mindful of his surroundings and always being respectful, particularly to police.

“After that, it just kind of grew very real for me and I just kept thinking about it,” Acoff said. “If I didn’t have that conversation, I probably would not be the man I am today. And I would not be able to deal with some of the stuff I deal with now as an adult. It better prepared me for what was to come regardless of whether I wanted to accept it or not.”

Camille Landry, a local activist and owner of Nappy Roots Books, said that conversation is common for black families and is always painful to have. 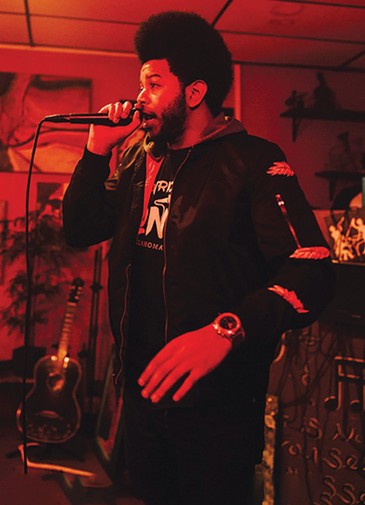 “We have all had that conversation with our children. You have to have it more than once,” she said. “Your child is going to experience [racism]; it is going to happen. The fact of the matter is I do not know one single solitary black man who hasn’t experienced this, and the overwhelming majority of black women have. It doesn’t matter whether that is a black man wearing a clerical collar driving a car with ‘Pastor’ plates on it.”

Landry grew up in Chicago but has lived in Oklahoma long enough to call it home. Landry describes her first few experiences in Oklahoma as “jarringly different.” She remembers getting her first paycheck and dealing with blatant racism at the bank.

“After sitting at the drive-up window for upwards of 20 minutes in 100-degree weather, I said, ‘Is there a problem?’ And the teller said, ‘Yeah, you need to take this check to your own bank on your own side of town,’” Landry said. “I know that kind of repression when I run into it, but that kind of set me back on my heels a little bit.”

Tatyana Fazlalizadeh, a visual artist native to Oklahoma, said black people constantly think about their identities even in small interactions.

“It’s just going into a store and being a black person in the store and you’re surrounded by white people. It’s not just an interaction that you might have or that you might not have; it’s just being that person in that environment in this political climate within this society that we live in,” she said. “It’s being here in Oklahoma, which is a really red, Repub-lican state, knowing so many people here voted for Trump, knowing what that means. … It’s the fact that I’m black within an environment that is very hostile and very violent towards black and brown people. That alone colors every single situation that you have, wherever you are, wherever you go.”

Fazlalizadeh has an upcoming exhibition at Oklahoma Contemporary titled Oklahoma Is Black. She interviewed black residents of northeast Oklahoma, where she grew up, about their experiences with racism and sexism. 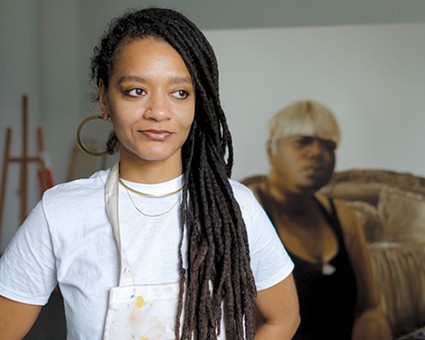 “One thing about Oklahoma that I think everyone that I talked to would say is that there’s racism here but it’s also this Southern/Midwestern city, and so there’s a focus on politeness,” she said. “So it’s navigating this sort of polite, subtle racism here in Oklahoma that I can say is very different from a place like New York.”

For Acoff, that became evident as a child when his teachers would use qualifiers in commending his intelligence, like saying he was “smart for a black kid.”

Acoff, Landry and Fazlalizadeh each described dealing with daily microaggressions, small acts of racism that can be intentional or not that communicate hostility.

“Frankly, I don’t know a single person of color that does not experience microaggressions on a daily basis, and sometimes you become so accustomed to it that you learn to not react,” Landry said. “If you did, you would exist in a constant state of rage and anger, and that hurts you. I mean, it’s literally hurtful.”

Despite the blatant and subtle racism that black Oklahomans navigate through in their everyday lives, things like community, unity and self-expression help ease those issues.

Acoff found poetry and rap to be powerful tools in coping with the crime he witnessed as a child growing up in east Oklahoma and continues to use it in combating stereotypes and lifting others. He described his upcoming album, BlackManKidBoy, as the sum total of everything he has experienced from being a black child to growing and continuing to fight stereotypes.

“I would ask white folks to look past just this article and past the show I’m doing.” — Tatyana Fazlalizadeh tweet this

Landry created a community hub for all people but works to empower and educate young black children through various community events at Nappy Roots. Some upcoming events include an educational discussion about Oklahoma’s black towns and readings in which children listen to stories of young black children in history who were civically engaged.

Fazlalizadeh uses visual art to showcase diversity, empower marginalized people and confront outdated, conservative viewpoints. Her upcoming exhibition is a reference to her America Is Black series that reflected the voices of marginalized groups challenging the acceptance of bigotry and white supremacy.

“People have been very supportive of the show — and I’m very appreciative of that — but I would also like to challenge the white people who come to the show or who support this show to not just support this show and to feel like that is their support of ‘minorities,’” Fazlalizadeh said. “I challenge them to look at themselves as well. To look at what they do in their everyday lives and how they can be better in their everyday lives when it comes to dismantling racism and white supremacy. I know that is a big ask, but I think that goes a long way in actually changing things. I would ask white folks to look past just this article and past the show I’m doing because it takes a lot more than that.”