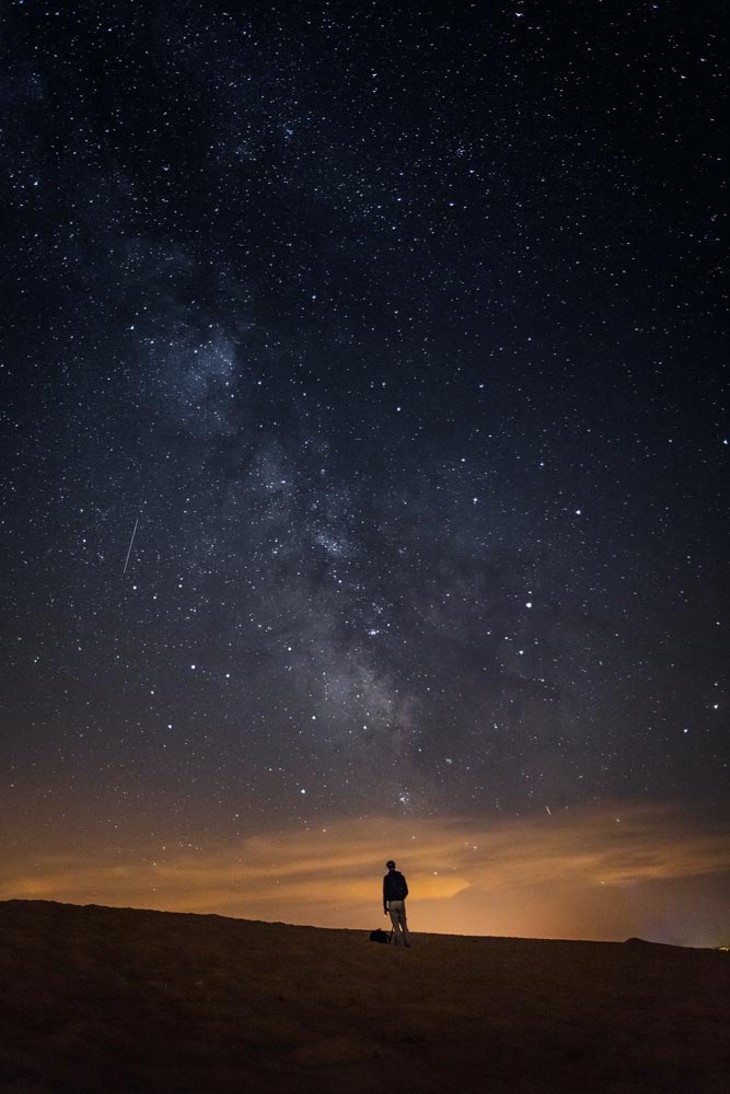 While many forms of pollution receive hefty doses of attention, one regularly gets short shrift: light pollution. Blooming encroachment of indiscriminate skyglow into the night over the last several decades in urban, suburban, and even rural areas must give pause. For the children of today, it’s hard to miss what they’ve never known, and if you believe you’re not seeing the same night sky you saw as a child, you’re right. You’re not.

Skyglow sounds pretty; it isn’t. It hides pretty things from us. Skyglow, or the contrast-reducing nighttime glare of artificial light sources concentrated in inhabited areas, is increasingly obscuring the previously visible wonders of the night sky. Since time immemorial until the last few generations, the vast majority of humans were afforded the spectacle of an unsullied nighttime sky with easily seen views of the Milky Way and other now oft-concealed astronomical marvels. That circumstance, one in place for billions of years and wrapped into the DNA of much of Earth’s biosphere, has flipped on its head. In fact the authors of 2016’s technologically cutting-edge study “World Atlas of Artificial Night Sky Brightness” found 83 percent of the total world population lives under extreme skyglow conditions. In the United States that figure jumps to a thumping 99+ percent, with 80 percent unable to view the Milky Way at all. We can’t see our own galaxy anymore, yet we live inside it.

All artificial light aimed near, at, or above the horizon contributes to skyglow. This not only affects our personal and cultural view of the cosmos but also significantly impacts health, energy consumption, and wildlife. It can

disrupt our circadian rhythm, resulting in decreased melatonin production and sleepless nights. Billions of dollars are wasted every year on lighting empty areas or simply spilling light from un- shielded sources directly into the night sky. Hundreds of thousands of sea turtle hatchlings die annually on Florida’s beaches as they crawl from sandy nests toward city lights rather than the once-dominant nighttime reflection of a moonlit and starlit ocean. It degrades the ability of astronomical science to gather data. And the average American today must travel roughly 150 miles to find an area of nighttime visibility taken as given by those born as recently as our grandparents.

The International Dark-Sky Association lists locations around the globe where one might travel to take in views of the nighttime sky as our ancestors experienced them. I recommend their website (darksky.org) for solid information regarding skyglow and how we might act to diminish it and its detrimental effects. The IDA site also includes stunning photography of Earth’s true night sky. I intend someday to make my way to a certain place on the southwest Irish coast, where the stars shine so brightly the Milky Way band blazes fiercely even in twilight, and amateur astronomers struggle to pick out constellations for those stars’ dazzling pro- fusion. I hope to see those things always there, rarely seen.

Here’s to black skies; don’t be afraid of the dark.