Blair Witch attempts a relaunch after the last shaky follow-up. 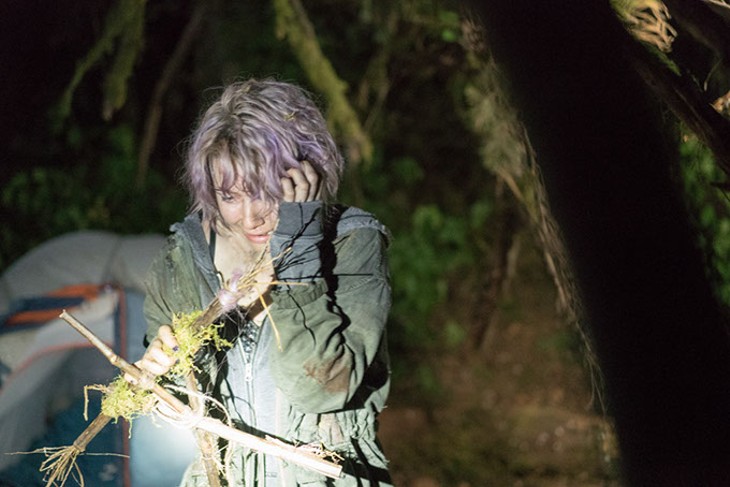 Horror films predicated on the notion that everything on screen comes from a lost film crew, security footage or cellphone video date back to Ruggero Deodato’s 1980 gorefest Cannibal Holocaust, but the modern era for “found footage” filmmaking began in earnest with The Blair Witch Project.

Returning to Burkittsville, Maryland,17 years after the original, Adam Wingard’s Blair Witch follows a belated search-and-recovery effort by James (James Allen McCune), the much younger brother of the original’s Heather Donahue. James was only 4 years old when video of his sister’s fateful expedition into the colonial settlement of Blair was discovered, and his hope is to find more answers or maybe even Heather herself. 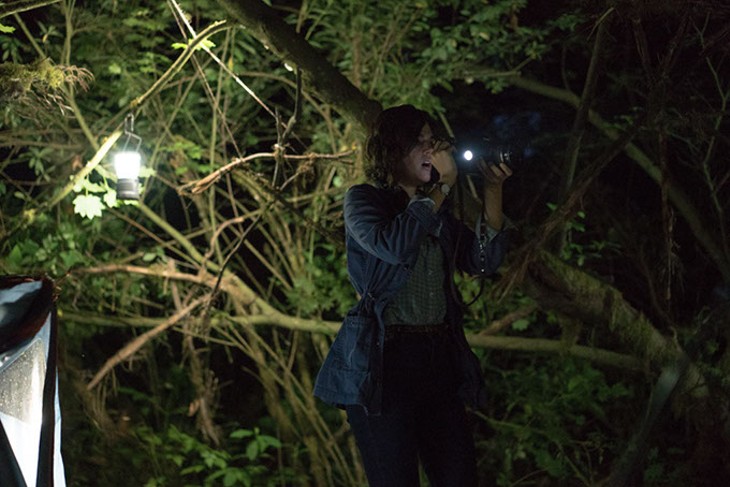 Wingard, whose darkly funny 2013 horror film You’re Next positioned him as one of the leading figures of the horror vanguard, was an inspired choice to revive this story, but the essential structure of the Blair Witch concept preordains both the action and the outcome. The one major alteration involves the passage of time.

The original Blair Witch Project popularized “found footage” movies shortly before reality television productions started minting money in the U.S., and they share some similarities: They tend to be cheap to produce, and most contain identifiable and recurring tropes. When The Blair Witch Project debuted in the summer of 1999, the scares were powerful partly because the film felt like an amateur video project gone horribly wrong. The Blair Witch Project’s $248 million worldwide gross and the nearly parallel success of the Survivor TV game show franchise came because most people had not seen anything quite like them, but the structures they established became rigidly codified in the minds of both creators and audiences. In essence, once you witness either, it’s impossible to experience anything that follows in the same way again.

For Wingard’s Blair Witch, the rules of the game are both a burden and a strength. To its credit, the new film offers loyalists a corrective after 2000’s Book of Shadows: Blair Witch 2, a critical and commercial failure that dispensed with the found footage concept in favor of meta commentary on the original film’s success. By going back to found footage, Blair Witch shows respect for the original’s structure. But because it casts actors with established careers and thus becomes suffused with the professional acting style that comes with them, the movie simply doesn’t project that feeling of “reality” so intrinsic to The Blair Witch Project’s success.

Oddly enough, most of the super-creeps in Blair Witch come from that most overused horror technique, the jump scare. They come so plentifully during the first half, it’s enough to make viewers demand that the Maryland State Legislature pass a law against sneaking up on people. As the rocks start piling up into cairns and twine-and-branch figurines surround the doomed videography crew, Blair Witch becomes legitimately frightening by tapping into the original’s sense of no escape. To Wingard’s considerable credit, the final sequence does real justice to the 1999 film’s legacy, so prepare to be shocked and exhausted.

Blair Witch follows the original’s plot so closely, it’s more faithful to its source material than most legitimate Hollywood remakes. As such, Blair Witch is a test case on whether a “found footage” sequel that’s actually a self-styled remake can draw curious onlookers back into the woods.