A lawsuit involving OETA ends with an agreement to dissolve OETA Foundation and transfer all assets to a new fundraising nonprofit. 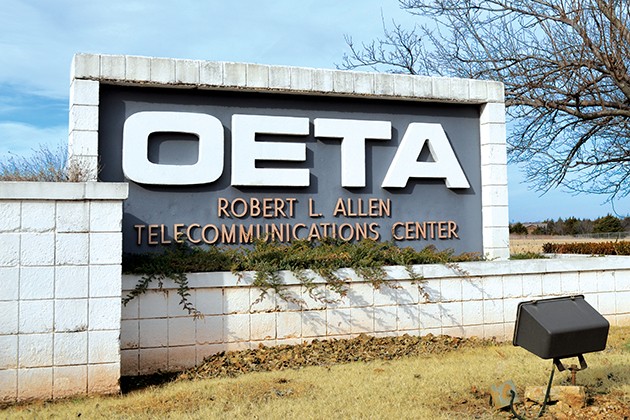 The former charitable organization tasked with funding Oklahoma Educational Television Authority (OETA) since 1983, OETA Foundation, has dissolved. The foundation’s lawsuit against OETA culminated last month with a settlement agreement that essentially replaces the foundation with a new entity, Friends of OETA.

OETA’s board of directors last week passed a resolution and agreement to seat the governing board of Friends of OETA and set parameters of the new relationship.

“OETA is pleased that this matter was settled in an amicable way, and we appreciate the work of the foundation, which has raised more than $68 million over the last 30 years for the support of public television in Oklahoma,” wrote Garrett King, OETA board chair, in a public statement. “The settlement reflects the best interests of our donors, viewers and friends who place a high value on OETA’s programs and services.”

Under the settlement agreement, OETA Foundation will transfer “all funds and assets held in trust for OETA” to Friends of OETA, the new charitable organization, by May 15; the foundation has already provided OETA access to its donor list. There is also a non-disparagement provision that will be released once all terms and conditions are executed.

According to the initial complaint filed in December, the foundation asked the court to rule it had the authority to determine “the amount and timing of distributions to be made by the foundation to OETA” following multiple efforts to get OETA to show more transparency.

Foundation representatives did not respond to requests for comment, but in a previous interview with Oklahoma Gazette, former president Daphne Dowdy said the hiring of OETA executive director Polly Anderson led to less and less transparency.

“Instead of saying, ‘We need money for x, y and z,’ the requests made to us became, ‘We need you to write us a check for x millions of dollars,’” she said in January. “That prevents us from being able to properly account and be accountable for our donors.”

OETA’s board of directors voted Jan. 8 to cut ties with the foundation during ongoing litigation as they finalized “negotiating a relationship with the Friends of OETA,” according to their website. Records show the certificates of incorporation for Friends of OETA were initially filed Nov. 13, listing Anderson as the registering agent. The most recent filing, which is dated April 16, lists King as the president, according to the Oklahoma Secretary of State website.

“The parties acknowledge and understand the Friends and OETA are separate independent legal entities,” according to the new agreement with Friends of OETA. “The parties are not agents, partners, joint venture participants or otherwise responsible for the acts, omissions or conduct of the other party.”

“Now I’m just going to feel like most Oklahomans – I’ll watch it and let somebody else pay for it.” — Rick Allen Lippert tweet this

The agreement also states both parties shall comply with all accounting and record-keeping standards and provide each other with such information “reasonably requested by the other party” in a timely manner.

“Friends of OETA, Inc. is a transformative new chapter in OETA’s nearly four decades of partnership with private donors, and we are honored and grateful that this outstanding group of Oklahoma philanthropists and leaders is standing with us to support public television,” King said in a statement. “We recognize the importance of every private investment made to further OETA’s public media mission. We are confident this prestigious independent board will faithfully steward both past and future gifts to OETA.”

King declined an interview with Oklahoma Gazette until the settlement agreement is fully executed.

“Public support for OETA is critical to its future. Donors can be confident their contributions will be used exclusively in support of OETA,” King wrote in the statement. “We believe the future is brighter than ever for OETA as we move forward with high anticipation and a renewed sense of purpose.”

Despite the statement, some donors expressed concern about the way the lawsuit played out on OETA’s Facebook page. Rick Allen Lippert, who said he will no longer be a donor, first remembers giving $15 in a pledge drive as a college student in the ’70s. He went on to start appearing on-air, asking for donations to OETA. Lippert first read about the issues between OETA and the foundation through newspaper articles in December.

“I was shocked to see that the OETA board was trying to basically take over the foundation. I wasn’t aware of anything prior to that,” he said. “I went so far as to read all of the court documents that the foundation had put on their website, and I was shocked again to see that the folks setting up the Friends of OETA foundation were folks directly involved with the OETA board and also the OETA executive director. That just reeked of conflict of interest to me.”

The fact that Friends of OETA was being set up even before the lawsuit makes Lippert think King planned the takeover long before litigation began.

“As I understand, even when Garrett King was on the foundation board, he was plotting to take over that foundation,” Lippert said. “This was a way of him to get his hands on millions of dollars. All this is a transfer of private donor money to basically a state agency, and there will be nothing really separating the Friends of OETA from OETA.”

Under the settlement agreement, OETA guarantees job interviews for all foundation employees except Dowdy, whose employment has already been terminated and who must vacate her office by May 15. She will receive the “remaining compensation in her employment agreement” on her departure date, according to the agreement.

“We all know that is the biggest pile of BS; that’s just damn laughable. There’s no way in hell the new foundation would hire anyone associated with the old foundation,” Lippert said. “It’s just PR spin. It’s an attempt to make the Friends of OETA seem like they’re nice, and they’re not.”

Lippert, who is also a media coach and producer through his own company, Lippert Media, said he is sad for the future of public television.

“I love public television,” he said. “I always enjoyed supporting and knowing that I was contributing every month to keep OETA on the air, and now I’m just going to feel like most Oklahomans – I’ll watch it and let somebody else pay for it.

“I just know that I will never donate to any foundation supporting OETA as long as the people who are currently involved remain involved. … I think [the future of OETA] is going to be bleak. I like to think that a lot of the big foundations in the state are going to see that this is a sham; the whole thing is a sham, and they’re not going to play along with it.”