Citing a recent survey that showed just 13 percent of OKC community members are satisfied with the state of the OKC district, Neu outlined five critical issues he wants to address as a part of his 100 Day Transition Plan Report. Those critical issues include increasing academic performance, especially among minority students, building safety, overcrowding on the district’s southside, improving central office support and embracing new innovation and technology.

“This is not a finger pointing exercise, this is the state of our schools,” Neu said.

Neu’s presentation came in front of one of the largest school board crowds and gathering of media outlets in the past few years. While he has continually called his new position a great opportunity, Neu took a somber town Monday in discussing the district’s challenges, which many in the audience were well aware of.

Neu presented dozens of goals and there are more on the way as The Great Conversation community forum continues its work on developing district benchmarks. You will find a special Web page in the coming days that will offer an organized list of those goals and regular updates on how the district is doing at meeting those goals.

But following Neu’s presentation at Monday’s school board meeting, here are four things to know.

While the reaction on Twitter during Neu’s presentation Monday night was generally positive, some were skeptical at how the district could commit more resources to struggling schools without taking away from schools that are demonstrating success.

It’s a valid concern considering the actions of the district in recent years, but Neu said that would not happen on his watch.

“I will not take anything from [successful] schools ... I will not rob Peter to pay Paul,” Neu said in an interview Tuesday. “Nobody will lose anything to shift costs or expenditures elsewhere.”

Neu said the district would look for money from private sources and a 2016 bond issue could also provide funds for building upgrades that Neu said were sorely needed.

Neu wants to see academic improvement in all students, but in his presentation he spoke directly about the need to focus more on African American students, especially boys. 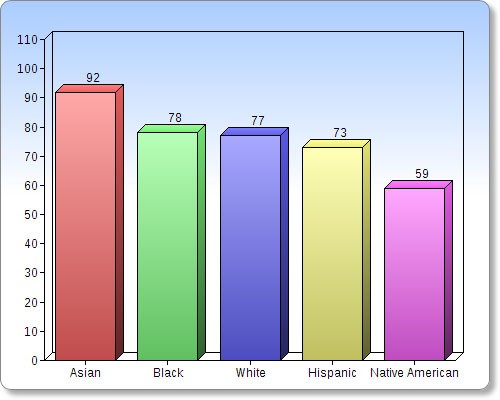 “With the poor academic performance shown among our African American students, compared to the number of Hispanic students graduating, there is reason to believe that there has been a practice of passing along some students and exiting other students prematurely,” Neu said.

During a time of growing concern over the school security, Neu said the district has just three members of its security team. That's a far cry from the 57 in Tulsa.