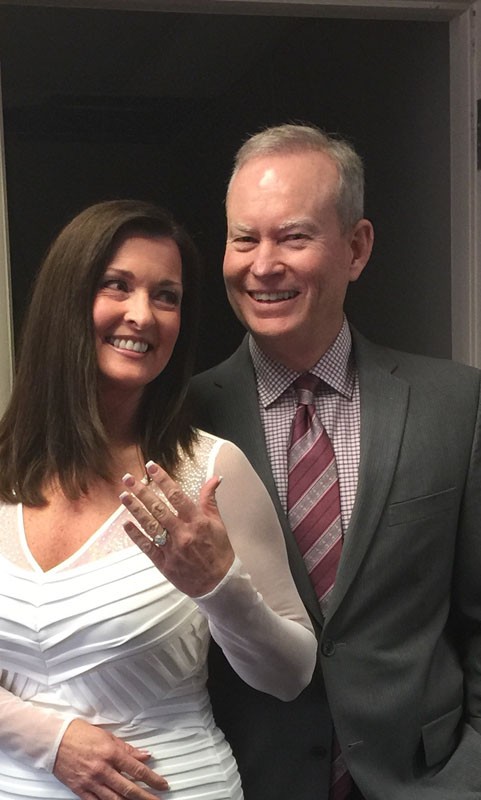 Mayor Mick Cornett, 56, and Terri Walker, 55, were married today in Tulsa, where Walker works as a sales manager for KTUL. City Hall said today that Walker plans to relocate to Oklahoma City in the next few weeks.

Mick and Terri first met on a blind date in Tulsa arranged by Cindy Morrison, who anchored with Cornett at KOCO in the 1990's. Morrison later moved to Tulsa's KTUL where she met Terri

According to city staff, the couple's first date was to dinner in Tulsa, followed by a second date to Sonic and then a third date to a Thunder game.