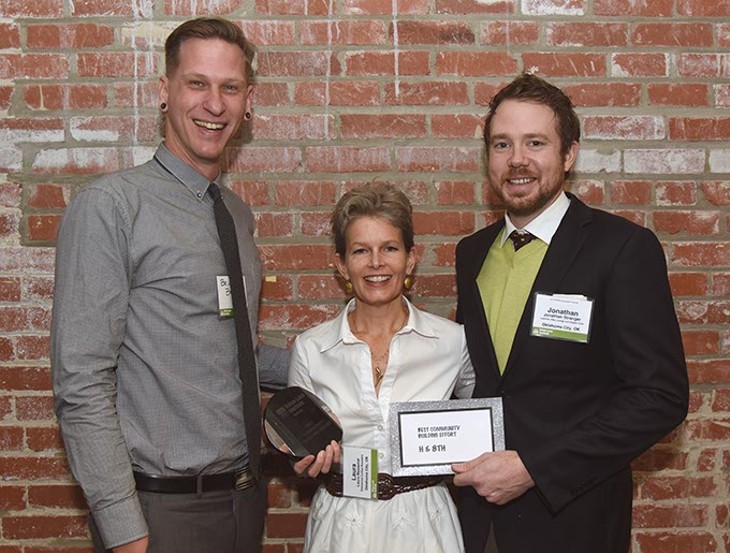 The Oklahoma District Council of the Urban Land Institute (ULI) highlighted a handful of renovation and redevelopment projects that have had a positive impact on OKC with an awards event last night.

The inaugural Impact Awards served as an extension of the ULI’s mission to promote and perpetuate land use, development and discussion — both big and small — around the metro.

The awards celebrated six categories of development that took pace in the last two years and awarded one project from each category with a unique trophy. Awards were also given to two development projects that had taken place within the last five years. 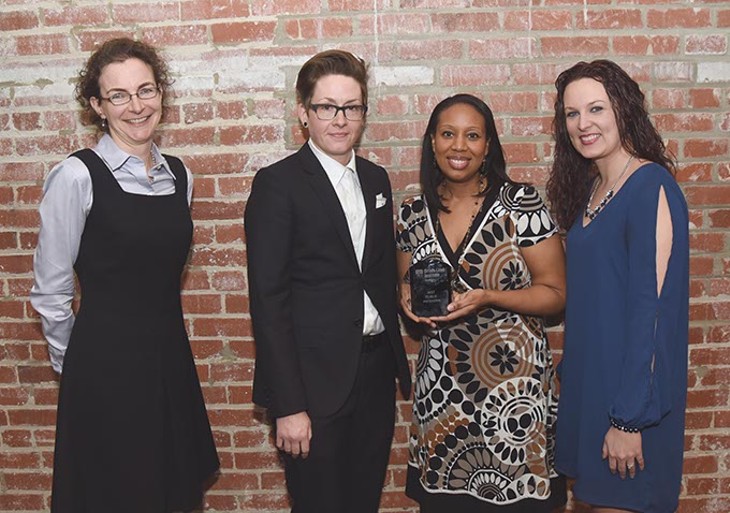 The first award given was to Open Streets OKC for Best Public Initiative. Its was a government-sponsored project that enhanced public engagement and allowed strangers to meet in a pubic place and talk to one another, said Leslie Batchelor and Michael Laird, who handed out the award.

The second award went to H&8th for Best Community Building Effort. H&8th had a steady increase in attendance throughout 2014, starting with around 2,500 early in the year and increasing to 8,500 by July.

The award for Best Small Scale Infill Development went to Hunter Wheat for The Bleu Garten, OKC's first food truck park, which opened last fall. The project is located in the heart of Midtown and features a bar, restrooms, seating and entertainment, along with a rotating assortment of food trucks that come and go on a daily basis.

The Best Large Scale Infill Development Award, a project ranging from 50,000 to 300,00 square feet, was taken home by The Edge at Midtown. The Edge at Midtown is a 470,000-square-foot, four- and five-story, 252-unit apartment complex with OKC's first rooftop dog park and outdoor community space. It includes a tanning pool, fireplace and outdoor kitchen. It will also host street-level retail and had an investment amount of $38 million.

430 Lofts took home an award for the Best Small Scale Redevelopment. The lofts, formerly an office building built in 1955, were redeveloped by Fitzsimmons Architects and Midtown Renaissance and house 26 rental units. 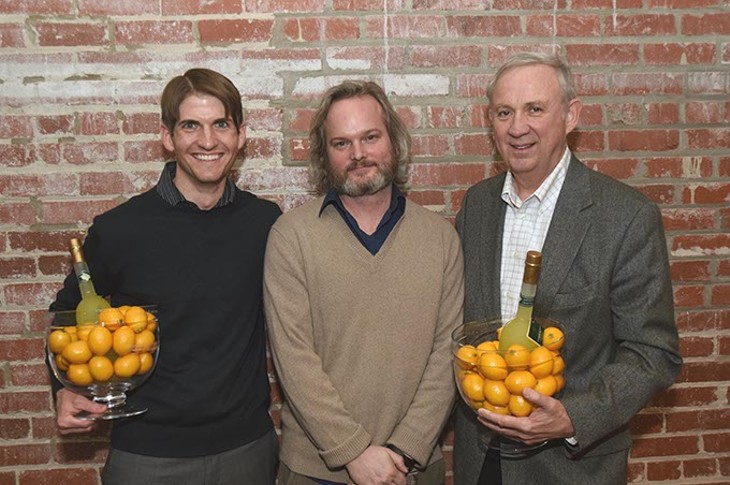 The Best Large Scale Redevelopment Award went to the Packard/Guardian/Park Place building, which houses businesses, restaurants, apartments and community space. Midtown Renaissance redeveloped the 84,600-square-foot building in 2014. It was originally built in 1925.

Awards were also given to projects that took place in the last five years. These distinguished merit awards went to 7 degrees and 1212 North Walker.

The awards show was hosted by Wesley Anderson, who navigated through technical difficulties with grace and hilarity in front of approximately 200 people.