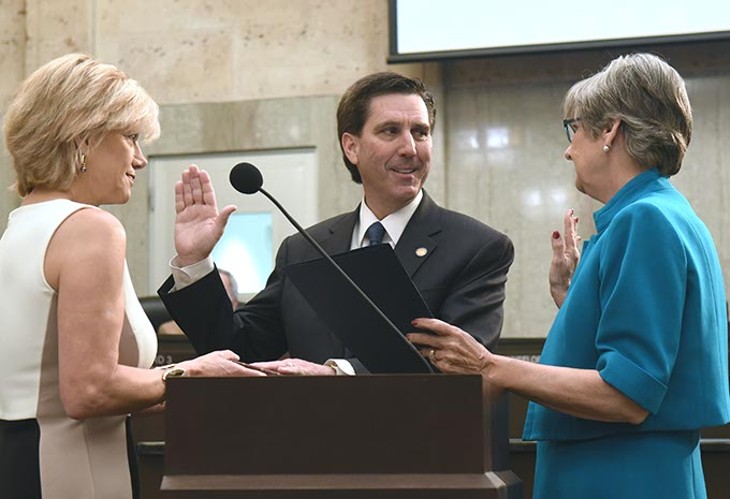 Mark Stonecipher, elected to fill an open seat in Ward 8, was sworn in during Tuesday's city council meeting.