The first Oklahoma Book Festival brings dozens of local and national authors together for a free cele-bration of reading, writing and libraries. 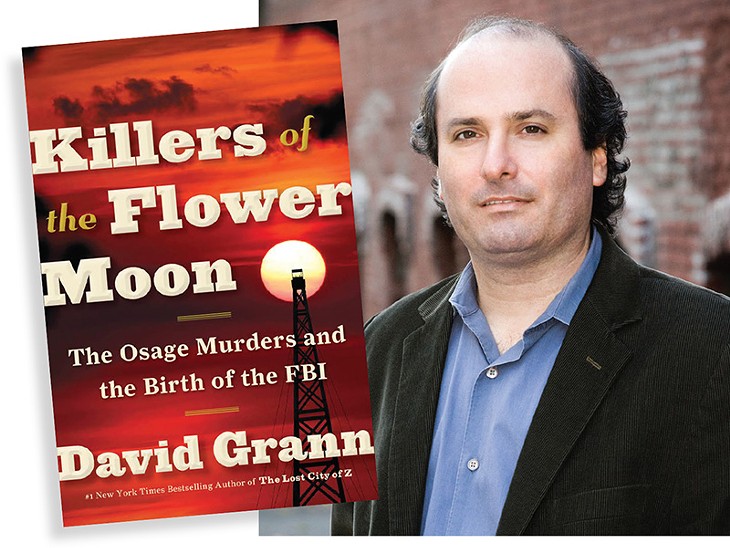 To paraphrase a famous utterance by Holden Caulfield, the protagonist of J.D. Salinger’s novel The Catcher in the Rye, sometimes it would be nice to call up an author and talk about his or her book. The magic of reading, of course, is that you can go inside different worlds and different minds — notably, that of the author’s. At the inaugural Oklahoma Book Festival, this process becomes an even more literal bringing together of reader and writer.

Taking place 10 a.m.-5 p.m. Oct. 20 in the Boathouse District, Oklahoma Book Festival is a free event hosted by Oklahoma Center for the Book, a division of Oklahoma Department of Libraries.

The festival features over 50 authors from Oklahoma and beyond, including headliners David Grann, Meg Gardiner, Lou Berney and Jerry Bennett. Attendees will be able to get books purchased at the festival signed by authors. The festival will include crafting demonstrations every hour for children, coloring, story times and poetry readings. Featured entertainers include Jedi OKC, Oklahoma Garrison 501st Legion and Sugar Free Allstars. Several food trucks will be at the event’s Festival Market Square.

The authors represented at the festival write in a wide variety of genres and for an array of ages; writers of everything from children’s and YA fiction to adult nonfiction will showcase their work through panels and presentations.

Grann will discuss his most recent published book, Killers of the Flower Moon, which delves into FBI investigation of conspiracies targeting the Osage people in the 1920s. Originally from New York, Grann first came to Oklahoma in 2011 after hearing about the Osage case but being unable to unearth more information.

“I really went out there just to learn,” Grann said.

The trip to Osage County brought multiple firsts for Grann — seeing the prairies, riding in the back of a pickup truck — and it also inaugurated a process he described as a “five-year research odyssey.”

The result was a harrowing work of nonfiction that Grann said aimed in part to recover silenced and erased voices, such as Mollie Burkhart, an Osage woman.

Throughout the research process, Grann said that he grew fond of Oklahoma and its peoples.

“This book would not exist without the help and trust of so many Osage and so many Oklahomans who shared with me their stories and trusted me with their stories,” Grann said.

Grann said his trip to Oklahoma for the festival will also give him a chance to interact not only with readers, but also with the Oklahomans who have become his friends over the course of the past several years. His newest book, The White Darkness, comes out at the end of October. 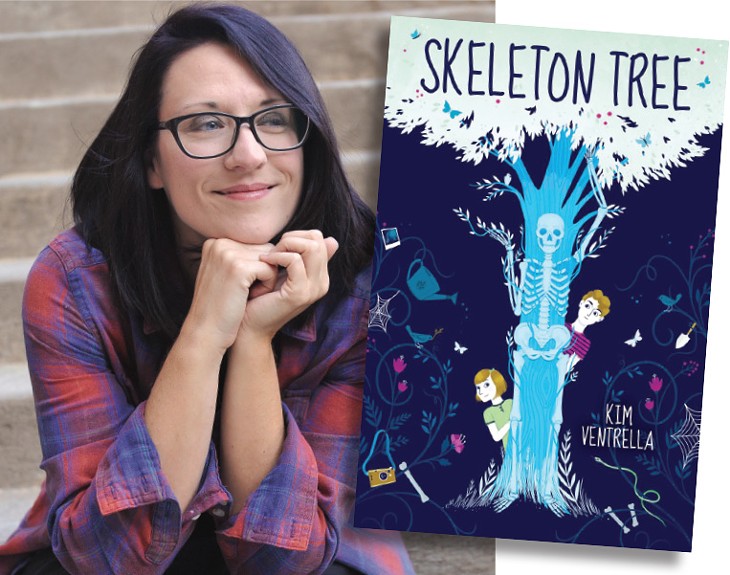 Oklahoma Book Festival represents a variety of purposes that are central to the Oklahoma Department of Libraries and Center for the Book.

“The mission of all the centers is to encourage reading for pleasure,” said Bill Young, public information manager at Oklahoma Department of Libraries (ODL). “The individual centers also work to promote the literary heritage of their state, to celebrate their authors. … There’s no wrong book to pick up and read, and by having a diverse cast of authors at the book festival, we think there’s going to be something there for everybody.”

Although Oklahoma was the fourth state to establish its Library of Congress-affiliated Center for the Book, the state has not previously held such an event.

“There’s been this desire to do a book festival,” Young said. “I think it’s just another event that people have wanted. We’ve had these expressions of interest in the past.”

The event is largely the brainchild of Vicki Mohr, division director for library development at ODL, and Connie Armstrong, executive director at Oklahoma Center for the Book. Armstrong and Mohr decided to go for it, said Young. The two traveled around to regional festivals and the annual National Book Festival in Washington, D.C., to gather information about organizing and planning festivals.

Through a combination of federal funds for library services and about $60,000 from private donations through the 501(c)(3) Friends of the Oklahoma Center for the Book, the festival came to life.

“I think the Oklahoma Book Festival will help to broaden and diversify the literary landscape in our state.” — Kim Ventrella tweet this

The event also showcases the vital functions that libraries serve for different communities. For honorary chairperson Jane Jayroe, libraries were essential during long summers when she lived in small towns.

“I remember vividly going to the town library,” said Jayroe, a former Oklahoma City broadcast journalist and Miss America 1967. “To be able to walk among those books and be able to pick up any that I wanted was just such a treat.”

Along with Bob Burke, Jayroe will co-host the festival.

“We’ve been so influenced by the role that books have played in our lives, and so we were excited that we could play this role for the first Oklahoma Book Festival,” Jayroe said.

For lifelong readers such as Jayroe, the festival represents not only a chance to meet favorite authors, but also a solidification of Oklahoma City as a literary destination.

“To add that element of literary interest, whether you’re 6 years old or 60, is a very unique opportunity,” Jayroe said. “It’s something that will have great interest for Oklahoma City and the surrounding area.

Kim Ventrella, one of the featured festival writers, has previously worked as a librarian and said that libraries are doorways to new possibilities.

“Discovering the right book at the right time can save a child’s life, and libraries make books available to all children regardless of socioeconomic status. In addition to books, libraries offer enrichment activities that open children’s minds to possibilities they may not encounter anywhere else, especially in areas like science, technology and the arts,” Ventrella said.

Author of the middle-grade novels Skeleton Tree and Bone Hollow, Ventrella said that the festival represents an extension of the state’s vibrant literary community.

“I think the Oklahoma Book Festival will help to broaden and diversify the literary landscape in our state by bringing in new voices and highlighting the creative professionals that already call Oklahoma home,” Ventrella said.

By offering free admission and programming — such as chances to hear authors talk about their work or to meet writers — Oklahoma Book Festival demonstrates the ways libraries and books can connect and inspire readers across the state.

“Our goal is to make it the largest literary event in the state and just keep it growing,” said Young.