Peruse Internet Movie Database’s list of the 1,566 Most Popular People Born in Oklahoma, and you’ll find Brad Pitt sitting pretty at No. 1. Other obvious stars in the top dozen slots include everyone from Ron Howard and James Garner to Kristin Chenoweth and Chuck Norris.

Currently at No. 109, right underneath singer Patti Page, is Pamela Tiffin.

Born Oct. 13, 1942, in Oklahoma City, the beautiful brunette Pamela Tiffin Wonso made her way to the silver screen by way of teen modeling in Chicago and New York City. Despite earning two Golden Globe nominations, Tiffin is a name that has fallen into obscurity since she left the silver screen behind in 1974, just seven years after leaving Tinseltown for Italy.

A new book, however, might help restore some of the faded star’s luster. Titled Pamela Tiffin: Hollywood to Rome, 1961-1974, the trade paperback was published in September by McFarland & Company. It is the first book devoted to the actress.

Its author, Tom Lisanti, specializes in chronicling such cult-favorite glamour girls whose smiles and sexuality brightened many a beach and biker film decades ago; most of his seven other books — including Drive-In Dream Girls and Fantasy Femmes of Sixties Cinema — are collections that profile dozens of B- and C-list starlets like Bond girl Lana Wood (Diamonds Are Forever) and Planet of the Apes’ near-silent Nova, Linda Harrison.

Tiffin herself got the Lisanti treatment back in 2001’s Fantasy Femmes, but while his other interviewees merit a handful of pages, only Tiffin has graduated to an entire volume all her own. 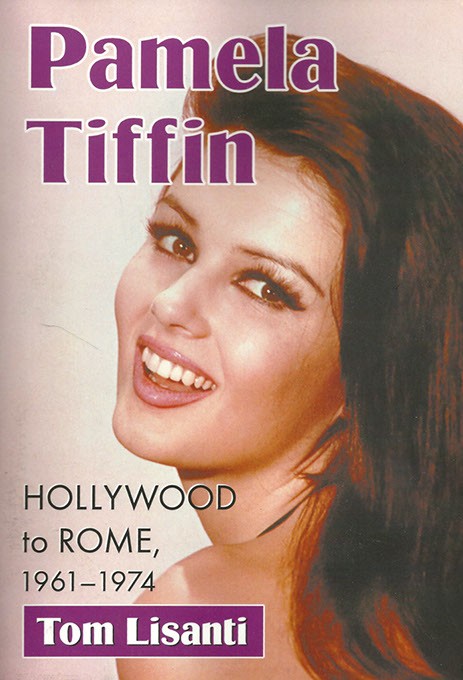 “She was a bona fide leading lady of the '60s and arguably one of the most beautiful and talented of all the actresses I spoke with over the years,” said the Big Apple-based Lisanti.

“Through my website over the years, I received so many inquiries about her and what she did after leaving Hollywood, I thought a career retrospective on one actress that I admired and had interviewed would be a nice change of pace for me to write.”

The Golden Globe nods arrived not only in the same year, but for the first two features in which Tiffin appeared: 1961’s Summer and Smoke, based on the Tennessee Williams play, and Oscar-nominated comedy One, Two, Three, Billy Wilder’s follow-up to The Apartment, in which she was the female lead opposite James Cagney.

With that one-two punch of a debut, the roles rolled in, including the 1962 Rodgers-Hammerstein musical State Fair; 1965’s The Hallelujah Trail, a Western vehicle for Burt Lancaster; and in 1966, her biggest hit in the Paul Newman crime drama Harper.

Although never quite an A-lister, the former 405er sure was getting there.

“Critics and directors raved about her, and she was destined for superstardom, but a number of issues got in the way,” Lisanti said, citing such obstacles as studio politics, a yearning for the East Coast, the loss of several high-profile roles and her hatred of doing television. (A single-episode stint on The Fugitive in 1963 marked one of her rare TV gigs.)

However, the straw that broke the proverbial camel’s back was her unhappy marriage to New York magazine founder Clay Felker, whom she wed in ’62. Ending for good in 1969, their dissolving union, Lisanti said, “was the catalyst for her to run away to Rome and work there as a blonde.” 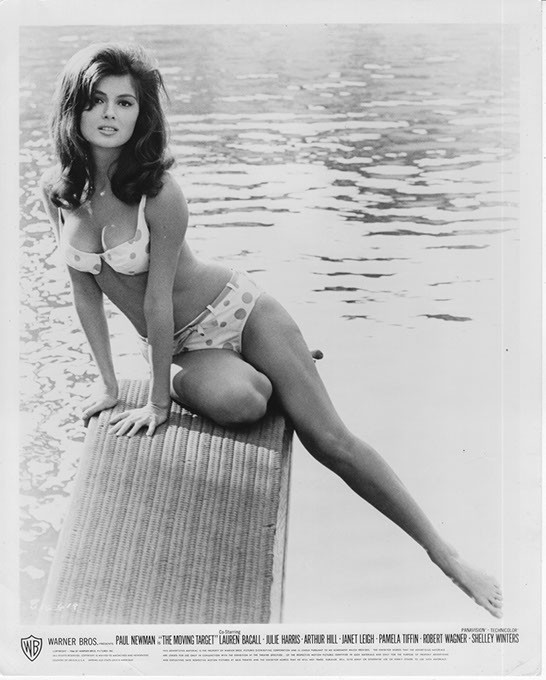 With that leap of hemispheres — and hair colors — Lisanti had found a narrative hook too good to go unpursued.

“This juxtaposition in her career was an interesting angle: brunette Hollywood ingenue versus Italian blonde sex goddess, especially since most of her Italian movies never made it to the U.S.,” he said.

Arguably the most enduring of her Euro period are two that star the original Django, Franco Nero: 1971 thriller The Fifth Cord and 1973 spaghetti Western Deaf Smith & Johnny Ears. In the latter, she plays a prostitute — one of many times she fought against going nude for the camera.

According to Lisanti, Tiffin’s arrival coincided with the European wave of plastering sex on the screen. Whereas Tiffin wanted to bare her soul as a serious actress, producers wanted her to bare her skin.

“[S]he was reluctant to do [that],” Lisanti said. “Her goal was to become a character actress. That is difficult when one is blonde and gorgeous.”

With other “less inhibited” transplanted American actresses like Carroll Baker (Giant) shedding clothes and working more as a result, Tiffin gave in.

“But it was a struggle for her,” Lisanti said.

Lisanti struggled himself working on the Tiffin text. In fact, he almost gave up when his subject was unavailable to be interviewed again. After three unsuccessful attempts, he heard from Tiffin’s second and current husband that she was ill and could not participate.

“I was going to abandon the book, but I had shared sample chapters with him and he told to keep going with it,” Lisanti said, “so I did.”

The result is a thorough look at her career — not quite a traditional biography, and not quite the easiest to complete. Landing interviews proved difficult because Tiffin’s co-workers seemed either deceased or unwilling to talk.

“Since she hardly did any TV, that was a hindrance as well,” Lisanti said, “but I did find supporting actors to speak to and film historians of Italian cinema that provided wonderful insight into her later career in Rome.”

Today, now 73, Tiffin remains retired and living in New York  — and forever working in our living rooms, thanks to DVD and streaming media.

“Pamela was that rare commodity in the ’60s: the beautiful girl next door who could be quite funny. Actresses who looked like her were not supposed to have her comedic ability and were to play the ingenue only,” Lisanti said. “She confessed to me when I interviewed her in 1997 that in regards to her acting, ‘I should have striven for more, but I didn’t.’”

Print Headline; In a Tiff, A new book celebrates Oklahoma City native Pamela Tiffin, who became a big-screen sexpot in the 1960s, first in Hollywood, then in Rome.