John F. Kennedy neighborhood residents are looking at any and all options to help ease the explosions at nearby recycling centers. 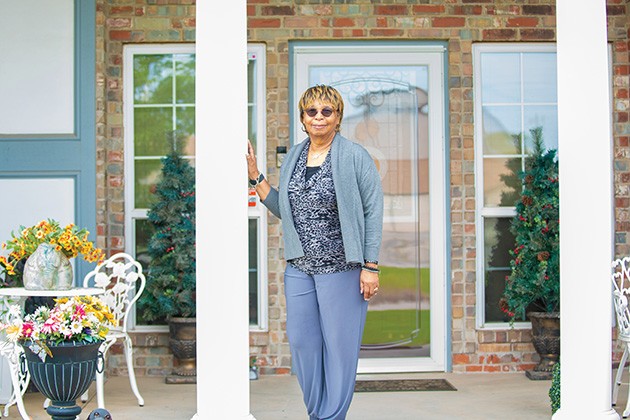 For years, residents of the John F. Kennedy neighborhood have dealt with loud explosions that cause their houses to shake and crack. Since 2013, they have reached out to Oklahoma City Action Center, Oklahoma City Council, the fire marshal and Department for Environmental Quality (DEQ) at various times. They still have yet to see any concrete actions.

“It was so loud and it was so frightening, I called ONG and explained to them what had happened,” she said. “They put in an emergency order, and they came out and checked to see if there was any problems with my meter or anything. Everything checked out that day. I don’t know about in the future.”

The explosions come from nearby recycling companies that use a car crusher. If cars are crushed with fuel left in the gasoline tank, it causes them to blow up. Davis’ son, a retired military veteran, heard the explosion and likened it to sounds he heard in war zones.

“The windows shake,” Davis said. “It feels like somebody is kicking in your door. Somebody described one as a car crashing into your house. Sometimes it’s not as loud, and sometimes it’s just traumatic because you’re just going along your day — you’re just living — and it’s unexpected. You don’t know when it’s going to happen.”

Cresha and Rodney Redus have lived in the neighborhood for about a decade. They said the explosions happen at all times of the day, multiple times a day sometimes.

“Sometimes it’s daily, sometimes it’s two or three a day — at the most, three a day,” Cresha Redus said. “Other times, we don’t hear anything. But know that we are working during the day, so the retired people probably hear what we don’t hear, which is why those reports are so important.”

The explosions are so bad that cracks have appeared in their concrete floors, their walls and along parts of their ceiling. They said they often worry about the resale value of their house.

“It doesn’t scare us as much as it used to, but the impact is mostly when our grandkids are here, our family members are here,” Rodney Redus said. “It really shakes them up; it scares them a lot more than it does us. … Other than that, it’s really the impact of what it’s doing to the structure of our home.”

Neighborhood residents were told to report explosions to the action center in 2013, so they began logging the dates and times and submitting reports. Five years later, in 2018, the action center replied to a resident’s email, writing that they had no jurisdiction in the matter.

“We were told we couldn’t [report explosions to the action center] no longer because they couldn’t find anything. Every time, I guess, they tried to investigate, nobody heard it, nobody experienced it. So it didn’t happen. … We also did DEQ and you’ll see the letter from them where they didn’t hear anything, so they closed the case,” Davis said. “If the only way that you’re going to believe something is if you experience it, then what’s the point of even existing? … What’s the point if what you’re going to do is believe what you see and hear and you don’t believe those people that are paying your salaries?”

After going to Oklahoma City Council around 2014, the recycling plants were required to report explosions to the fire marshal. Davis said the explosions became less frequent after that, but they shortly became more common again.

“Their attorney was there representing the recycling plant. They just said, ‘It’s not going to stop. There’s no way to stop it,’” she said. “We were under the impression that the cars were coming in whole. They are not; they arrive on a train and they’re already crushed. So they’re saying that, in an ideal world, it’s supposed to be reported that there’s gasoline left in the tank, but that doesn’t always happen. So that’s what’s causing the explosions: gasoline left in the tank.”

Former Ward 7 councilman Lee E. Cooper Jr. researched alternative solutions and found a barrier that would buffer the explosions. It costs about $350,000 dollars, though, and the plant was not willing to buy it. The city would also not be able to buy it since it would be installed on private property. 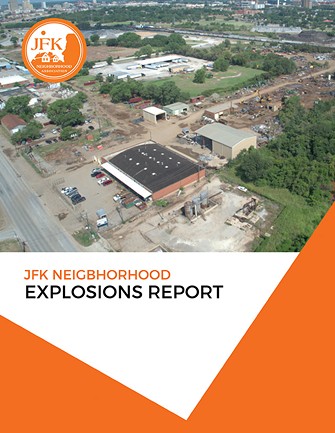 “Since then, we’ve just been looking at other resources to see who can help us,” Davis said. “We met with some professors from the [University of Oklahoma] Health Sciences Center for occupational and environmental science to see if they might help us gather more scientific information. … We’re just trying to spread the information. We’re not trying to keep it self-contained anymore where we’re trying to do all the work. We believe that we deserve the same quality of life as everybody else in Oklahoma City neighborhoods, and we’re going to fight for that. If that’s my life’s work, then so be it. But if we don’t do something about it, then it becomes a generational problem.”

The Reduses said they have gone through various agencies that seem to just pass the buck without taking any action. They feel as though they have put in a lot of effort to log explosions, explain the effect on their quality of life and their homes and have gotten nothing back.

“I would say a lot of perceived interest, and I don’t mean that in a bad way,” Cresha Redus said. “From perceived interest to interest, a lot of conversations, a lot of meetings, a lot of presenting, but zero actions to actually get it done, to make the change. Because we’re a minority black neighborhood, we understand that — and this is all around the world; this is not just about Oklahoma City — that there might not be as much tender loving care or attention paid over here. We know and understand that, which is why we create reports, which is why we go to the city. We do everything we know to do.”

They said a good compromise would be to fine the companies a large enough amount to deter them from allowing so many explosions to happen or installing the barrier to alleviate the explosions’ effects. Davis said they are trying, by any means necessary, to solve the issue.

“We’re just trying to live — I mean, this is basic,” she said. “Living, existing where we can just come and go and when we’re at home watching TV or washing dishes or taking a shower or eating, where we can do it without interruption. We’re just starting to investigate some of the other environmental issues we have because we’ve been focusing on the explosions.”

The neighborhood, which lies between NE Fourth Street and NE Eighth Street, is also near a petroleum company and a construction company’s smokestacks. If the wind is moving toward the neighborhood, Cresha Redus said it looks like haze and smells like chemicals. Residents have also reported a “constant buzzing” sound coming from the petroleum company.

“The quality of life right here is not the same as the quality of life on the north side,” she said. “This seems to be in an industrial area, but they zoned the residential area in the middle of it. Of course, we didn’t know all this when we moved in. So we’ve got noise, smoke, we’ve got toxic air and then explosions.”

Residents have had initial conversations with college science classes to make the neighborhood a capstone project to help gather more scientific data, but Davis said the neighborhood association welcomes any suggestions.