A local take on The Nutcracker replaces ballerinas with hip-hop dancers and does away with the classical soundtrack. 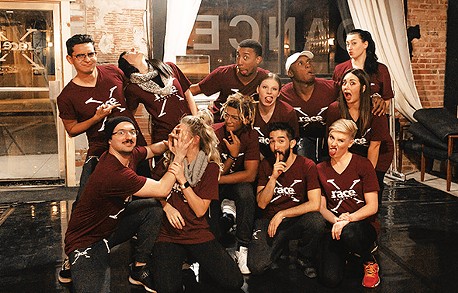 Before she’s transported to the Land of Sweets, Clara spends Christmas Eve in a well-appointed parlor with her friends and extended family, decorating a luxurious tree and receiving beautiful handmade gifts. Until the mice begin to appear toward the end of Act One, many modern-day theatergoers would have trouble relating Pyotr Ilyich Tchaikovsky’s world-famous fantasy ballet The Nutcracker to their own imperfect childhoods, unless they have fond memories of watching one of the many adaptations of the story on TV.

Hui Cha Poos, founder and executive director of RACE Dance Company, set out to modernize the much-produced holiday favorite in a way that would honor the company’s acronym, Radical Application of Creative Energy, and serve its stated mission “to bring about social awareness and change, through dance performances and dance education.” Now in its seventh year, RACE’s The Hip-Hop Nutcracker is scheduled for four performances Dec. 8-9 at Oklahoma City Community College’s Visual and Performing Arts Center Theater, 7777 S. May Ave.

“I wanted to adapt the story so that it was a little more relatable,” Poos said. “So instead of a Clara, there’s a Carlos, and he’s not from a perfect nuclear family; he’s from a single-mom family. Instead of candy and all those other lands that are more just make-believe, he goes to a land called the Land of Possibilities.”

In the Land of Possibilities, Carlos sees what he imagines having a father would be like.

“All the things he thinks he missed,” Poos said, “the Land of Video Games and Sports and Tinkering with Things. Then he transitions into the Land of Hidden Treasures, which is family, essentially, teachers, friends, people that are around you all the time that you take advantage of because they’re always there. And it’s a full-circle story of him realizing that what he thought he was missing was really around him already and inside of him.”

Poos said she knows The Hip-Hop Nutcracker story is relatable because its main character is based on an actual student she taught, a “wonderful kid and incredible dancer” who was also named Carlos. By adapting a classic work to relate to modern children, Poos said she hopes to make dance feel more relevant to younger audiences.

“The Nutcracker is something that everybody knows what it is,” Poos said. “You don’t have to explain it, and I always wondered what that story is really about. You get lost in the scenes and there’s not really a meaning. Maybe I’m not looking into it deep enough, but I saw a scene that was pretty and perfect, and I thought there was something there that could be more meaningful. I’m not trying to take away from The Nutcracker as it exists because it’s a tradition for a reason. I just wanted to start a new one, and why not?”

By enhancing a take on a timeless tale with hip-hop music, Poos said she also hopes to encourage the audience to re-evaluate the musical form’s artistic merit.

“People think that hip-hop is — they make judgments about it because it is originally from the streets — that it’s not meaningful and doesn’t have much to say,” Poos said. “I wanted to do something the opposite of that to show people that it can really bring about emotion and bring about thought.”

In an attempt to keep up with modern hip-hop trends, the production’s score, which Poos described as a “kind of all-over-the-place” mix of “traditional songs with pop songs and new hip-hop songs,” is tweaked every year.

“The Nutcracker is so traditional, and some people love to go and see the same thing,” Poos said, “but then since it’s hip-hop, it’s a genre that needs to change, so we’ve changed up some of the music and some of the movements to keep it fresh.”

This year’s revamped choreography combines a wide variety of dance styles with breakdancing, the style traditionally associated with hip-hop culture.

“We even have tap in the show this year,” Poos said. “That’s a new one. The dance company does every genre. Even though hip-hop is primarily the focus of the show, and there’s a ton of genres of hip-hop, we’re adding elements of house and voguing so it runs the spectrum and we get to educate the audience and show them there’s more than what they think there is.” 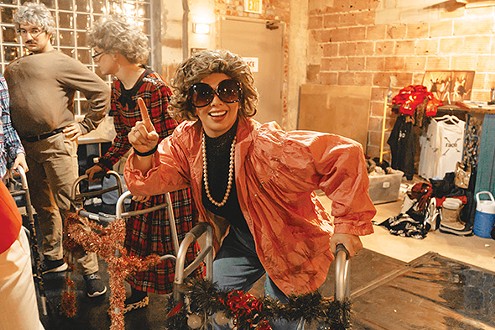 The script has also been rewritten to include more dance students from local schools. Poos said teaching the youth is an integral part of RACE’s mission.

“We tutor the schools for about three months, and we mentor weekly,” she said, “so not only do those kids get to learn dance from a professional dancer, they have access to them to ask questions and see them on stage. The bridge from who they are in their dreams and their future is a little closer, and they feel they can succeed.”

While hip-hop can help introduce these students to other art forms, Poos said many young dancers are already interested in a broad spectrum of music and dance.

“It’s always surprising to go into schools and expect them to care only about hip-hop,” she said. “They’re kids like any other kids, and they want to be exposed to all the other genres and ballroom and anything. It’s a great tool to get in there and get them invested, but it’s really just there to ignite a sense of dreaming and goal-setting for them. I have several kids from the first Nutcracker who are getting ready to graduate college with dance degrees. … There’s this incredible lineage from the beginning of the show that I’m really, really proud of.”

Many of the students involved in the production are shocked to see that dance performances can be better received in the outside world than they often are at school.

“The majority of the kids, they dance with their schools, but there’s not always a great turnout,” Poos said. “They’re not always supported at their school because there’s a great deal of bullying and name-calling, especially the boys in school. So for them to come to these shows and they’re pretty sold out and really full in a beautiful theater, it really is a cool experience for them. It changes what they think dance is.”

The production, like hip-hop itself, is constantly evolving as Poos, like her story’s protagonist, continues to explore the Land of Possibilities.

“I’m just trying to actualize a dream,” Poos said. “And I think my dream has always been pretty big because I believe in the show and I believe in what these kids can do.”