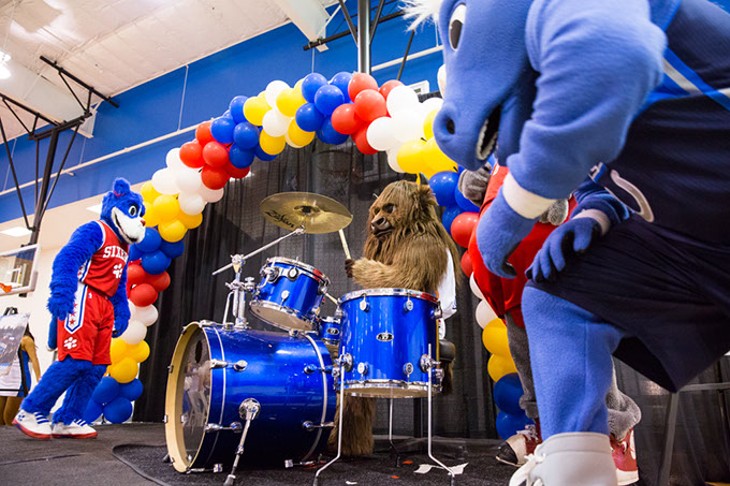 The Oklahoma City Thunder’s mascot is a celebrity. When Rumble the Bison goes around town, he is admired by fans almost as much some of the players.

Officials for the Thunder decided that the popularity of the furry bison in the Thunder uniform would be a good starting point for a fundraiser. In the five years since the first Breakfast with Rumble, it has become one of the franchise’s biggest events.

“He is a big thing,” said Christine Berney, Thunder vice president of community relations. “He packs it in. I have been to every single one of these. I look forward to it every year. It keeps getting more and more fun.”

“It’s a kids event,” Berney said. “But we have had some very excited Rumble fans who are adults. So it’s not limited to kids, but geared toward kids. It’s basically a chance for about 200 kids to … hang out with Rumble and a group of his friends.” 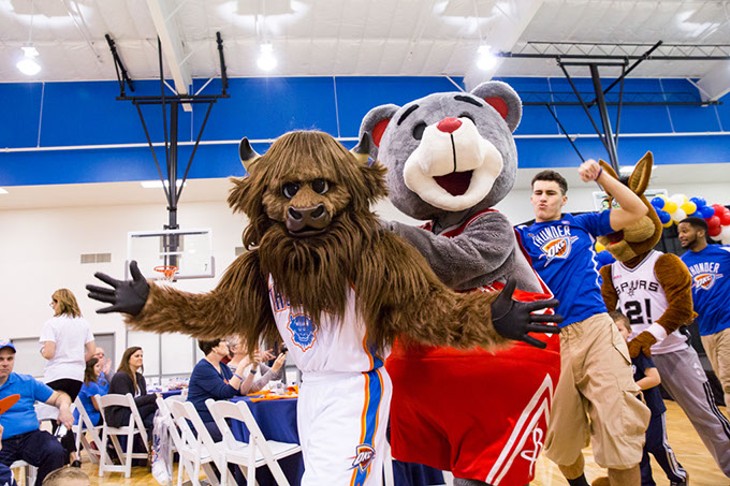 The idea behind Breakfast with Rumble was born out of the Thunder not wanting to be like other organizations.

“You may have noticed the Thunder have never done a black-tie gala or the more traditional fundraiser events that other teams do to raise money for their foundations,” Berney said. “We were challenged by our leadership early on to come up with something different.”

They saw Rumble’s popularity as the key to an event that couldn’t fail.

Breakfast with Rumble actually kicks off the night before with Mascot Mania. Six other NBA mascots join Rumble on Friday during the game against the Memphis Grizzlies.

“We have six other mascots joining us this year,” Berney said. “So, basically, Rumble’s friends just stay the night and they join him for breakfast the next morning.”

The Thunder will sell special limited edition Rumble T-shirts during Mascot Mania. Combined with the ticket sales from Breakfast with Rumble, the Thunder usually raises more than $25,000 for Thunder Cares Foundation.

“Most of the funds go to basketball court refurbishments and new basketball courts throughout the state of Oklahoma in communities that need a court,” Berney said. “I think we are on our 14th court refurbishment. We have a few more in the queue. They are not cheap things to do. We decided early on that that was a good use of the focus for the foundation. But we also use it for other things like our annual Make-A-Wish. We host up to three groups of kids every year.”

“It’s really organized chaos for an hour and a half, and then hopefully the kids go home and take a nap so their parents can recover from it,” Berney said. “It’s a lot of fun.”

Breakfast with Rumble the Bison