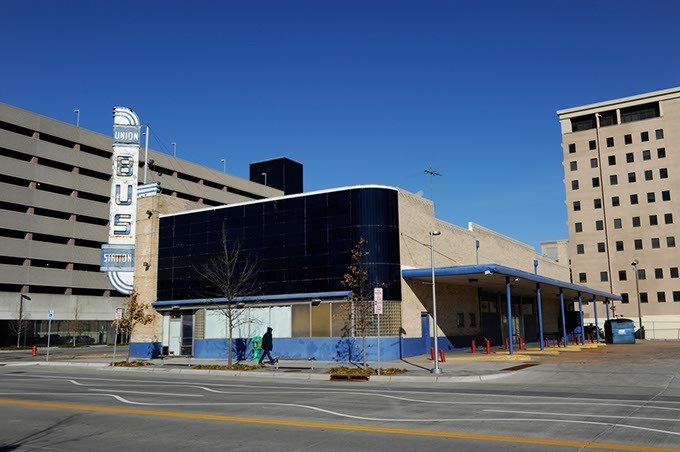 Developers of the proposed 499 Sheridan development asked permission to demolish an entire city block west of the Devon Energy Tower and argued it was not cost effective to restore any of the nine historic buildings, including the old Union Bus Station, which served as the Greyhound bus terminal for nearly 80 years.

“It might not be a happy thought for some, but [demolition] is the reality of where we are,” said David Box, an attorney representing the 499 Sheridan developers.

The city’s planning department had recommended the bus station be preserved and that a planned parking garage be relocated. David Pettyjohn, director of Preservation Oklahoma, made a presentation to the DDRC during Thursday’s meeting in favor of preserving the buildings.

“Pretty soon there will be no reminders of our past,” Pettyjohn said. “We have demolished enough of our past already.”

Representatives for the development said preserving the bus station and moving the parking garage would be too costly. They also said the city was 20 years away from any major public transit system that could alleviate parking problems.

Representatives from Devon Energy and the Greater Oklahoma City Chamber of Commerce, which circulated petitions, also expressed support for the project.

An appeal can be made to the Board of Adjustments within 10 days, which is what took place following decisions to demolish the former Stage Center theatre.