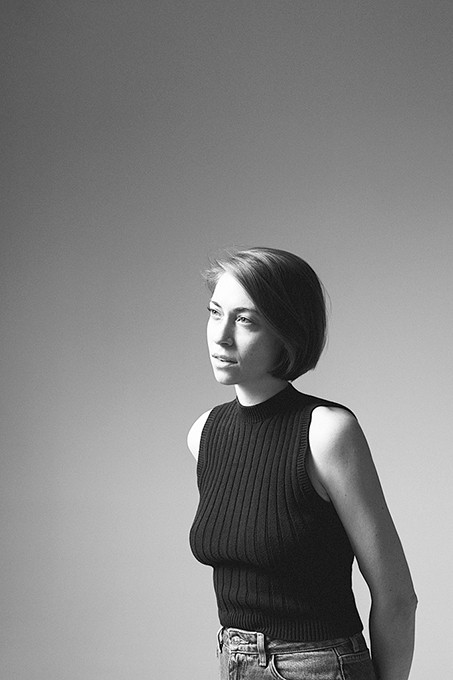 Editor’s note: Oklahoma Gazette is featuring Norman Music Festival performers each week leading up to its 2018 event Thursday-Saturday in Norman.

Though much of Quit the Curse is built around the idea of incommunicative lovers and the dysfunction within modern dating dynamics, Michigan singer-songwriter Anna Burch now feels a little distant from the album’s subject matter.

Burch, most known as a vocalist in the Detroit-based folk-rock band Frontier Ruckus alongside Matthew Milia, released her debut solo record Quit the Curse in February. Much of the indie-rock album’s material was written long before she entered into a stable relationship with her current boyfriend three years ago.

But there was a time she had a more cynical view of the way many people approach romance in the modern day.

“At the time I was writing the record, it all felt pretty unhealthy,” Burch said in a recent Oklahoma Gazette interview. “Not just my own situation, but in talking to other friends and hearing nightmare Tinder stories.”

She has played with a number of other bands in the past, but this album is Burch’s first experience as a solo artist. It all still feels a bit new.

A few years ago, Burch had more or less removed herself from music. She was living in Chicago, working for both a local bar and Illinois Humanities Council. She had tried songwriting a few times but was discouraged. Her life needed new direction.

“I was feeling like there was a bit of a void,” she said.

Burch dreamed of one day releasing her own solo album — a dream many other young people share. But she had left the idea in her past, content to play a smaller role in other, larger creative visions. However, one snowy Chicago winter helped set the stage for that goal to live again. She had a reason to write her story.

“The conditions were all right,” Burch said. “It came together rather quickly — the writing part, anyway. It felt like a dream at the time, just the first stages of getting songs I’d just written arranged. It was pretty incredible.”

"Being able to write the songs helped me process what I really was looking for, which was honesty and communication." — Anna Burch tweet this

While attending graduate school in Chicago, Burch befriended music student, songwriter and home recorder Paul Cherry. They were bored hanging out together one winter when Cherry asked Burch if she had any songs that they could record. Burch did have one — something she had written years before.

She brought the song to Cherry, and they put together a demo version with harmony vocals and lead guitar. Hearing it all come together was magical for Burch, and she felt compelled to record a lot more.

Burch graduated from grad school around that time and decided to move back to Detroit and work with Frontier Ruckus again. But her rekindled desire to record her own material did not die.

“That’s when I started really writing,” she said. “It was concurrent with getting back into that band and deciding that music was going to be the center of what I was doing.”

She began commuting back and forth between Detroit and Chicago to record more songs with Cherry. At first, they just set out to make an EP, but Burch did not want to stop with just a few songs.

She was getting close to completing her record in 2016 when she heard St. Louis, Missouri-born singer-songwriter Angel Olsen’s My Woman. She loved Olsen’s direct songwriting and poppy style.

“I think listening to that record made me feel kind of inadequate because I had been working on my own record and I was really happy with it,” Burch said. “Then that record came out and I thought, ‘Man, this is a record. This is a record, and I don’t know what I have right now.’”

Burch began to develop a new sonic vision for her album. By coincidence, the drummer she had been playing with for the project was able to set her up with Collin Dupuis, who had mixed and produced My Woman with Olsen. At first, they had just agreed for Dupuis to mix Burch’s existing record, but as the two began to discuss her new vision for the album, Dupuis decided to help Burch retrack her songs. She was thrilled with the end result.

“It was a little fortuitous that I got linked up with Collin,” she said. “It was so exciting; I was like, ‘Oh my God! I’ve been obsessing over that [Olsen] record so much.’” 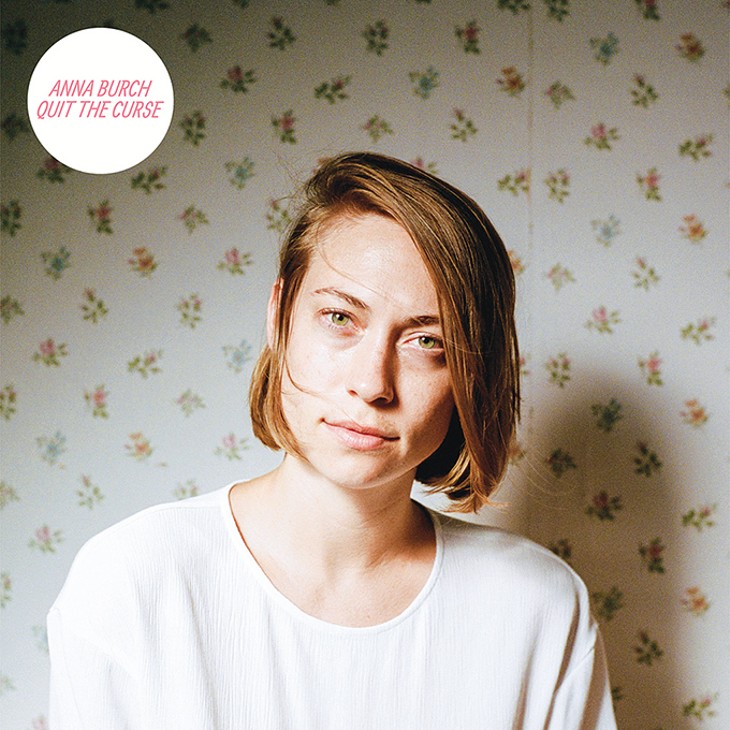 The first words on Quit the Curse’s lead single “Tea-Soaked Letter” present listeners with an ironic reality to love of all kinds.

“Isn’t it strange the ones you love,” Burch sings, “could bury your body underground.”

That standout line, placed on a song with an overall theme of feeling neglected or spurned, is just one place on the album in which Burch shows off a good degree of lyrical promise, even if it was not clear to her at the time she originally wrote it.

“I wrote that song really quickly, and that almost seemed like a placeholder lyric to me because it’s very odd and almost doesn’t fit,” she said. “It’s very surreal — more than a lot of my other lyrics because they’re pretty straightforward.”

Burch, who has developed her songwriting skill relatively recently, partially credited her creative progress to the time she spent living with Milia in her move back to Detroit. Though he was not giving Burch direct songwriting instruction, she said just sharing a creative space with a talented songwriter like Milia was a huge help.

“The two of us would be separately working on songs,” she said. “Like, he’d be in his bedroom and I’d be in the living room or on the balcony. Sonically, we’d kind of seep into the other room, and I think the creative energy there was really good.”

A recurring theme on Quit the Curse is the importance of communication in love and dating.

“I was not getting a lot of that in real life,” she said. “That was a frustrating thing to me, and being able to write the songs helped me process what I really was looking for, which was honesty and communication.”

Through the process of recording her solo debut, Burch said she realized that in the past, she had contributed a lot to her own unhappiness. She is glad she had an outlet like an album in order to revisit and process a lot of the things that had happened earlier in life.

“Not even the current situations that I found myself in, but a lot of the patterned behavior that had been plaguing me through my 20s,” she said. “It was nice to have an outlet to think about those things.”

The end result has gifted her the kind of confidence that only ever comes with the fulfillment of forgotten dreams.