Brent Ryan Green talks about the progress of his first full-length directorial debut, The Veil 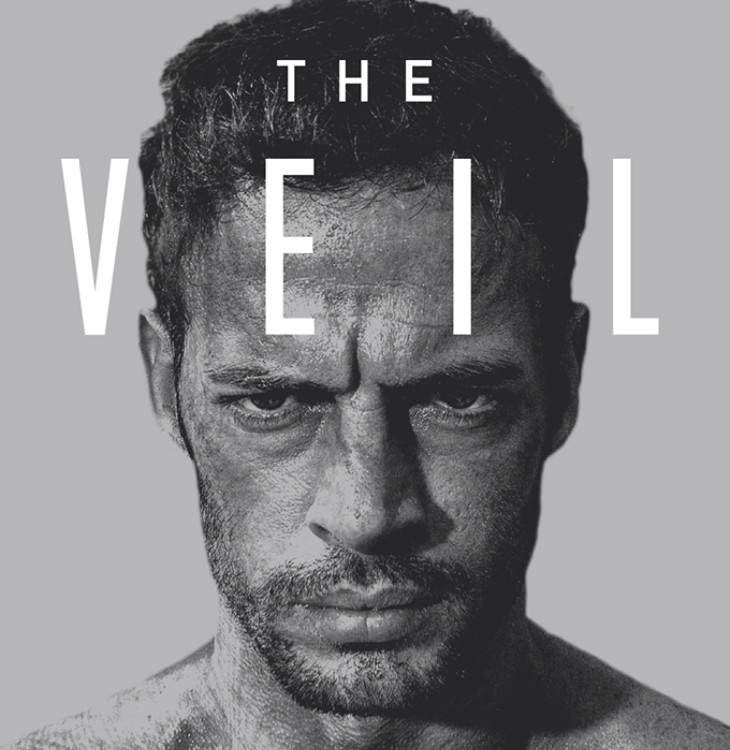 Earlier this month, Oklahoma native and acclaimed film director Brent Ryan Green debuted an in-the-works sneak peek of his upcoming sci-fi adventure film The Veil at deadCENTER Film Festival. The fest celebrated its 15th year as Green celebrated having so many of his films screened at deadCENTER through the years.

Green said he scouted locations around the state before filming The Veil and wrote it specifically for Oklahoma.

Here is the Oklahoma Gazette Q&A he participated in during the festival.

Oklahoma Gazette: Tell us about your rough-cut film that showed at the festival.

Brent Ryan Green: Lance [McDaniel, festival executive director] came to me and said, “Hey, we really want to have The Veil as part of the festival, but the movie isn’t done yet.” So, what we decided to do was show this sneak-peak, work-in-progress where I show scenes from the film [and] substantial portions of the movie.

The movie was made here, and a lot of local actors and crew were in it, so I wanted them to be able to see it first. It’s a great opportunity.

OKG: Tell us about The Veil.

BRG: The Veil is a story of a warrior who turns against his own emperor and comes through the fence of an oppressed civilization. So, it’s a sci-fi, action film, real-fun-Friday-night type movie with a lot of good action.

OKG: You said it was filmed in Oklahoma.

BRG: Yeah. We filmed it all in Oklahoma last fall. Turner Falls and Red Rock Canyon were our main locations. I think people are going to be really pleased with how Oklahoma looks on screen.

OKG: You live in LA part-time but grew up in Oklahoma City and went to school here.

OKG: When you started the filmmaking process on The Veil, did you know it would film in Oklahoma? How influential were you in that decision?

BRG: I live here and I’m from here, but I’d never shot anything here. I’ve been working in the film business for about eight years, and I’ve never done anything here.

I developed the script for Oklahoma. I actually used locations to influence the script. We took the idea of making an action drama in budget range, and then I was like, “Hey, this is what Oklahoma has to offer scenically.”

Some places we didn’t get to shoot but instead used them as inspiration. Wichita Mountains, Little Sahara, Turner Falls and Red Rock Canyon: We put together all these pictures, and we actually developed the film for Oklahoma. Because of that and the tax incentive program that Oklahoma Film and Music Office offers, we wanted to cater the film to Oklahoma, so it was always going to be shot here.

OKG: You said this was your first feature to direct. What has that been like?

BRG: It’s been amazing. I directed a short in Tokyo, I did one in South Africa and I did a short here in Oklahoma right before I started this feature.

It’s been an incredible experience. I’ve got a great cast and crew. William Levy, who was on Dancing with the Stars, is the lead, and William Moseley, who was in The Chronicles of Narnia and he’s in the new show called Royals, which is E’s first scripted show. We have a lot of great talent involved. It’s been an amazing experience and a long one, so I’m ready to finish it up and show it to everyone.

OKG: You talked about using tax credits to help fund the filmmaking process here, but how easy or hard was it filming here?

BRG: Oklahoma is fairly easy. The state is easy to work with, the Film Office. They really want to curate projects here.

So, getting permits to shoot at Turner Falls or Red Rock, they were super helpful and accommodating about staying after hours or letting us in when tourism wasn’t going on. They made it one of the easier experiences as far as locations and getting along with the state or country.

OKG: Is there a little bit about the early screening process and showing an unfinished film that makes you nervous?

BRG: I’ve been regretting doing it ever since I said yes.

I normally wouldn’t want to show something this early, but because some of the visual effects in the film are taking a really long time to complete, it’s a necessary evil. I have to get out there and show it.

OKG: What did you do for the screening?

BRG: [I handed] out cards asking the audience, “What’s your favorite scene?” “Was this too slow?” And I actually take that feedback and integrate it into the film. I’m [also] doing a lot of these little screenings with filmmaker friends and small audiences, testing how it’s playing.

OKG: Did you do rough-cut viewings in your previous work?

BRG: A couple films I’ve produced, I’ve done test screenings for, so I’m familiar with the process. It’s a great way to get feedback.

You know, you’ve been locked away for two years, making this film, and it feels like it’s working for you, but you really have to show it to an audience. This is a chance to show it before it releases. When you put the final nail on the coffin, it’s too late to change anything. It’s great to get it out there and see how it’s playing before it becomes this definite, unchangeable piece of art.

OKG: When you look at where deadCENTER was 10-12 years ago, it has changed and grown a lot. How special is it for you to see the growth of deadCENTER and continue to participate?

BRG: It probably keeps me in Oklahoma and keeps me from moving to LA full-time. I was in the festival in 2010, and I’ve had a film in every year either as a director or producer. Lance and Kim [Haywood, festival director of programming and education] have been supportive since the beginning.

All my shorts have shown here. They did the educational tour and brought me out on that. They promoted my work and made me feel like I had a home here. That’s why I wanted to open up my movie to screen here. Things like that are key. deadCENTER Film Festival and Oklahoma Film and Music Office are key to keeping film going. They’re the cornerstone. Ten years ago, the festival was great, but it’s continued to improve and bring in more and more people. I feel like that momentum keeps going every year, and I hope it doesn’t stop.

OKG: As someone who participates in a lot of festivals, what is unique about deadCENTER?

BRG: I’ve participated in over 50 film festivals, including Cannes and Sundance. deadCENTER does a really good job of bringing in the community. It’s very walkable; a lot of the stuff is really close together.

As well as the screenings, every festival has screenings and they do it just as well as any other festival. It’s the after-hour parties or the filmmaker lounge or the brunches that make it a different experience. And the free events, the outdoor screenings — most festivals don’t have stuff like that.

OKG: You’re still working on The Veil, but what’s the remaining schedule for the film?

BRG: I’m going back to edit right now, and hopefully, in the next month or two, I’ll be done. We’ll shop the festivals, and the plan is to sell the foreign rights to the film at the Toronto Film Festival.

I’d love to have a premier here, either in the fall or winter, and do a big red carpet premier where we get all the actors back.

Print headline: Motion, pictures, Brent Ryan Green talks to Oklahoma Gazette about the progress of his first full-length directorial debut, The Veil, and how important his home state is to its completion and success.